The Nuggets are back! Here are our thoughts on the 2019-20 season ahead of tonight's game against the Trail Blazers.

The 2019 NBA season is finally here, and the Denver Nuggets are looking to kick it off in a big way. Ahead of tonight's game against the Portland Trail Blazers, at 8 p.m. (MT), we wanted to break down our thoughts on the upcoming 2019-20 season and how we think the Nuggets will do as the season plays out.

Last season, the Nuggets finished with a 54-28 record, which was good enough to win the Northwest Division and second in the Western Conference. As the second seed in the West, they won a tough seven-game series against the experienced San Antonio Spurs in the first round, but were eventually eliminated in Game 7 of the Western Conference Semifinals by the Portland Trailblazers. Although the Nuggets lost in the second round, what their young roster gained was playoff experience and what it takes to close out a series.

During the offseason, Denver added two new players to the roster and managed to not lose any key pieces. At the NBA draft, Nuggets GM Tim Connelly selected Bol Bol out of the University of Oregon with the 44th pick. Bol Bol was considered a Top 5 pick before a foot injury derailed his college career and scared off many NBA teams. As a 7’2’’ shot blocker, with a smooth three-point shot that can also put the ball on the ground and get to the hole, Bol Bol is expected to spend his rookie season rehabbing in the G League.

Probably the most notable addition was former Oklahoma City Thunder power forward Jerami Grant. Grant, a fifth-year player, was the fourth-leading scorer behind Russell Westbrook and Paul George. While his three-point shooting will be a nice addition to the Nuggets' roster, it's his athleticism and defense packed into a lengthy 6’9’’ frame that will really help the Nuggets. Grant is expected to come off the bench behind Paul Milsap and play lockdown defense while providing a scoring punch for the second unit.

Coach Mike Malone had this to say about Grant:

“Just with how young he is and how much better he’s gotten in his time in the NBA, coming to us right now, he’s allowed us to be a much better team than we were two days ago.”

Nikola Jokic and Jamal Murray provide a one-two punch for the Nuggets that most teams will have trouble matching up with. Jokic, a pass-first center, who is already an MVP candidate and budding superstar, was recently voted as the best center in the NBA in a poll of NBA GMs. The pick and roll game with Jamal Murray at the helm should be fun to watch all season and show why the Nuggets gave him a max extension. 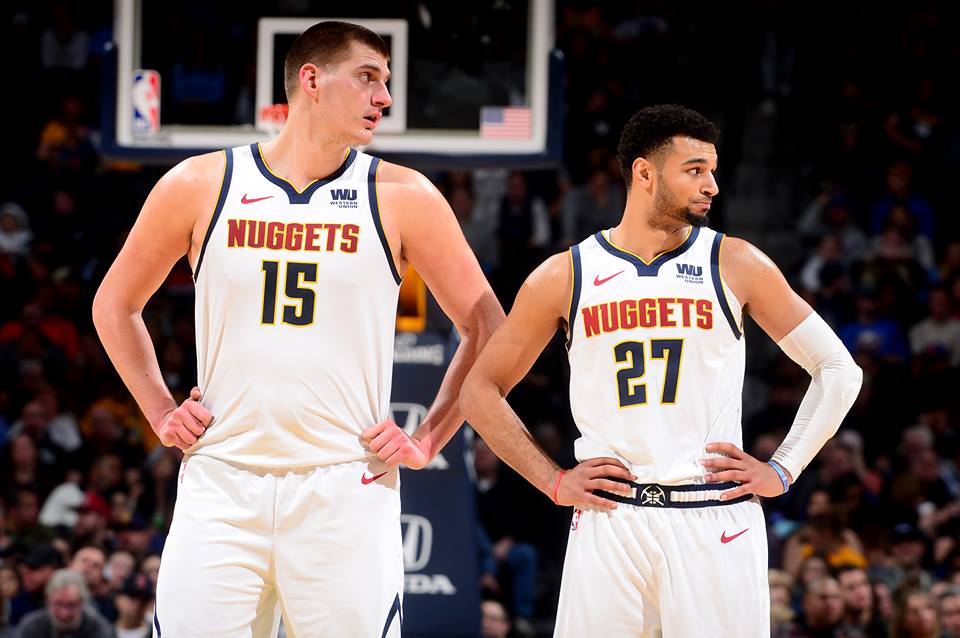 Michael Porter Jr. may be the player that's the most exciting "addition" to the roster. After being drafted last season and sitting out with a back injury all year, he's finally healthy and ready to contribute. Porter got in some playing time in the preseason and looks ready to live up to the potential No. 1 pick many thought he would be coming out of high school. At 6’10’’, he brings an outside shot and strong play around the rim. With him finally healthy, it will be exciting to watch how the Nuggets use his unique skill set to mesh with the already high scoring team.

As the Western Conference continues to get stronger, with the Lakers adding Anthony Davis, Kawahi Leonard teaming up with Paul George on the Clippers, along with Russell Westbrook joining James Harden and the Rockets, the Nuggets' path to the Finals is not a cakewalk. Expectations, though, are still high as Denver boasts one of the deepest and most talented rosters in the NBA. The Nuggets should be aiming for another 50-plus win season and a shot at the Western Conference Finals. Denver is one of the most exciting young teams in the league, and we're excited to see where they'll go this season.

Let us know what you're the most excited to see from the Nuggets this season in the comments below. Go Nuggets!

WATCH: This World Series Fan Is the Hero All of Us Need Right Now