Sound Off: What's Up With the Redskins?

Sound Off: What's Up With the Redskins? 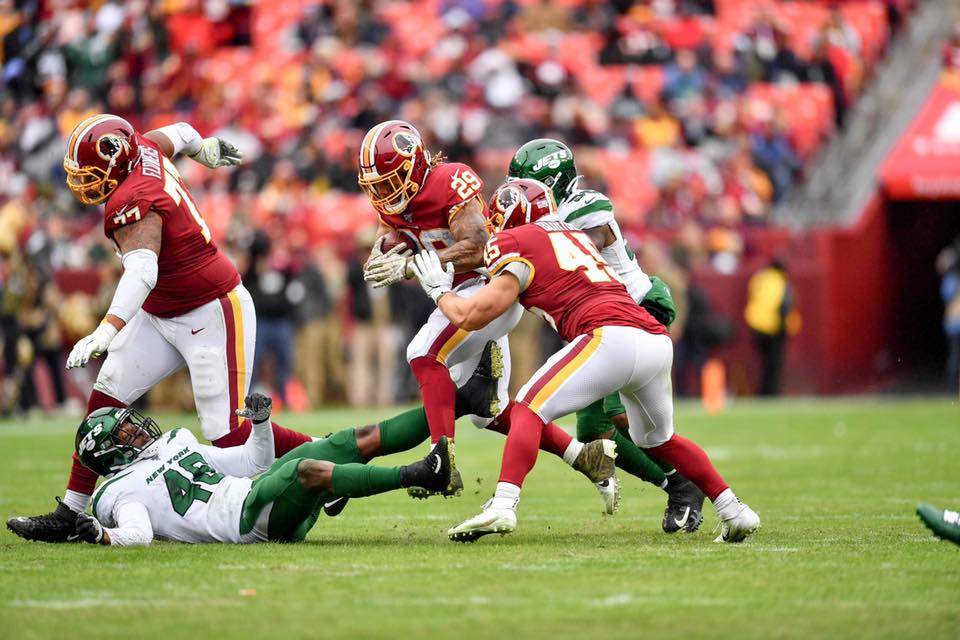 Fans are up in arms about the state of their home team, and it has us wondering: what's going on with the Washington Redskins?

It's no secret that the Redskins have been losing games left and right.

The startling development, which seems to actually be more of an ongoing issue, is the sheer number of #boycottredskins tweets we're seeing across the board.

You know what, I'm ready to #BoycottRedskins until it no longer makes financial sense for Dan Snyder to keep the team. Force him to sell. It's the only way out of this hell hole.https://t.co/5L6gbN49OQ

From poor management to the role of ownership, fans are taking to Twitter to get their points across.

I support the players giving their all. I HATE THE OWNER AND BRUCE ALLEN FOR CREATING THIS DISASTER OF A TEAM! OPEN YOUR EYES - HIRE A FOOTBALL PROFESSIONAL TO BUILD A WINNING TEAM! #BoycottRedskins

Yeah, it’s time for a new direction. It sucks that the owners suck but what can you do? They should take one for the team.. cause my nephew’s middle school team might give this squad trouble 🤦‍♂️🤷‍♂️💆‍♂️ https://t.co/WV98KCrOpd

Ticket sales are down as more and more people stay home to catch the games, even when they're being played locally.

We don't even feel compelled to talk about transit and traffic going to #FedExField because there just isn't much reason to do so. The downside of a competitive team is it takes hours to get in and out of the stadium.#HTTR

Yooooooo do y’all see how much these @Redskins tickets are?!! DAYUMMMM!!! Looks like fans are really giving up on their beloved team! 😩 #Redskins #FedExField #NFL pic.twitter.com/OZVlb7RIXf

I'm not usually one to spread negativity, but this is one trend that can't be ignored. For those of you who are angry at the current state of affairs, what do you propose that would actually help the team and fan morale? Is #HTTR a thing of the past, or is this just a slump?

What are YOUR thoughts on how the Redskins are doing? Why is everyone so upset? Sound off in the comments!