Sportsbook Now Open at Capital One Arena in DC

Sportsbook Now Open at Capital One Arena in DC

The sportsbook took the first bets on August 3.

One of the District’s first sportsbooks has opened for business in Chinatown. William Hill and Monumental Sports and Entertainment opened the first sportsbook ever inside a sports arena on Monday at the Capital One Arena. The temporary facility will operate inside the Capital One Arena box office until the full service sportsbook opens later this year. A ceremony was held to mark the occasion with some long-time season ticket holders of three Monumental Sports franchises placing the first bets.

Announced at the end of the last year, the sportsbook is a partnership between Monumental Sports and Entertainment and William Hill gaming company. The sportsbook will be a multi-level space where guests can eat, drink and watch games.

"Washington, D.C., is known for its dedicated sports fans, and we're excited to finally bring them a new way to engage with their favorite teams. Being the first to open a retail location in a professional sports venue wouldn't be possible without our relationship with Ted Leonsis and his team at Monumental," said Joe Asher, CEO of William Hill U.S. "Our teams are working hard to finalize the permanent sports book, restaurant and bar concept we originally envisioned inside the arena." 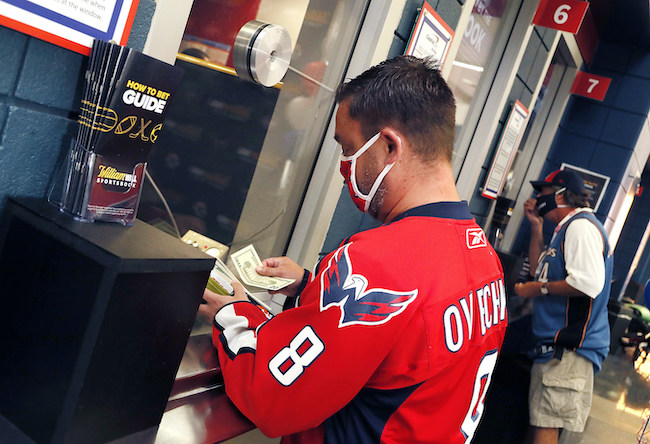