Survey Says! Empower Field at Mile High a Favorite for Atmosphere and Food

Survey Says! Empower Field at Mile High a Favorite for Atmosphere and Food

The name may change, but the love remains the same. Courtesy of Shotzr, Photo by Christopher Thomas (@ctfotomagik)
Becky Talley 9/16/19
Join the Community
shares

Fans aren't as in love with our mile-high bathrooms, however.

We may have a new field name at Mile High, but the love for the stadium remains the same and our fans are showing it. SeatGeek released its NFL Fan-Driven Stadium Guides ranking, and Mile High is the place to be ... for the most part.

"From the crowd noise to concessions ... we asked, and over 3,200 NFL fans shared what they look forward to at each home game," says SeatGeek.

Out of the 32 NFL stadiums, Empower Field at Mile High has got its food game on lock, ranking No. 10. It's definitely within field goal range of the top 10 when it comes to atmosphere, coming in just a hair shy of the top third of all stadiums at No. 11.

As many of us know, Mile High was built to be extremely loud as a nod to the old stadium. That seems to be something that fans enjoyed, as well as all there is to look at pre-game. "Be sure to look at all the cool Broncos history on the outside of the stadium before you go in," says one survey taker.

On the negative side, people were not fans of the parking situation.

"Located on the outskirts of downtown, the parking situation around Mile High is less than ideal, leading many fans to suggest taking the RTD light rail, which stops right outside the stadium. Some fans even suggested tailgating further away from the stadium, and then hopping on the light rail to get to and from the stadium, thus avoiding the pregame and postgame traffic," says SeatGeek. 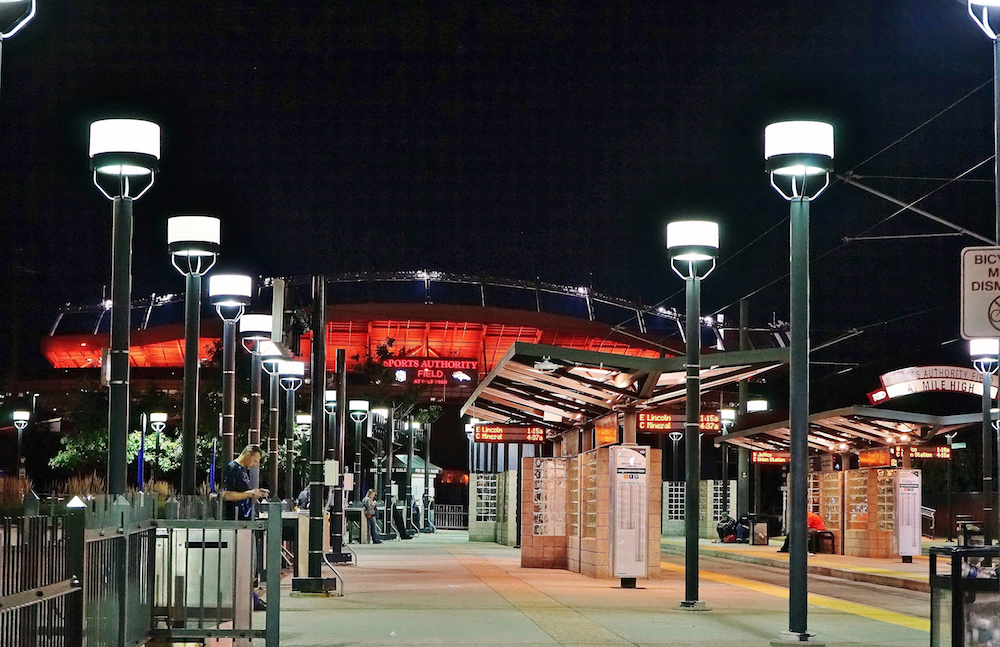 The weather also made it into the survey, as several responders cautioned people to be prepared to experience all four seasons during one game. "Prepare for crazy Colorado weather as it changes rapidly," one survey-taker relates.

Where the love for Mile High got sidelined, however, was its bathrooms. We came in the lower half of the stadium bathroom situation at No. 20. No doubt, the miles-long ladies' room lines took its toll on our ranking.

Though, I'd take the line over whatever is happening in the bathrooms at the worst-ranked stadium. And who has the honor of worst bathrooms? Why the Raiders, of course (who also ranked No. 28 in food and No. 24 in atmosphere. Yikes).

So who ranked No. 1 in the three categories? Green Bay took the top place in atmosphere, and the Atlanta Falcon's newer stadium was the top in both food and bathrooms. You can see the full stadium rankings on SeatGeek.com.

What do you think? Do you think Mile High should have ranked higher in SeatGeek's rankings? Lower? What is your favorite NFL stadium? Let us know in the comments!