The Nationals Have Released Their Promotional Game Schedule—Get Your Tickets Soon!

The Nationals Have Released Their Promotional Game Schedule—Get Your Tickets Soon!

Set a reminder for February 19; that's when you can start buying single-game tickets to Nationals' games. The promotional game schedule is out, and there are plenty of opportunities for fun with the team.

Whether you're in it for the swag or just want to meet your favorite players, the Washington Nationals have an epic season planned for their fans. Take a look at the schedule and choose your dates carefully. The giveaway days are particularly popular. 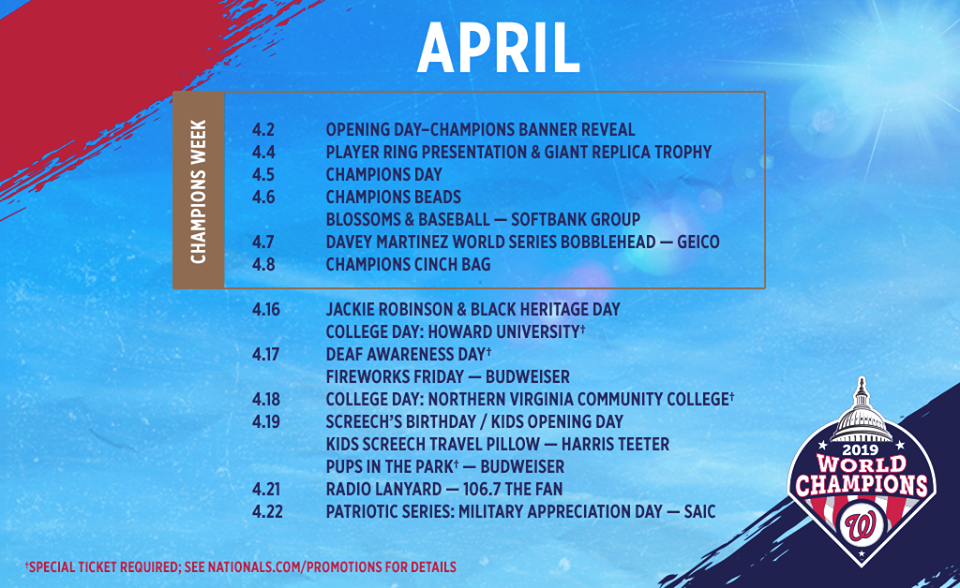 These are some of the coolest free merchandise days if you're in it for the toys:

This is just the tip of the Bobblehead iceberg. Keep checking back on the Nats' Facebook page for additional giveaway updates including logo merchandise and more. 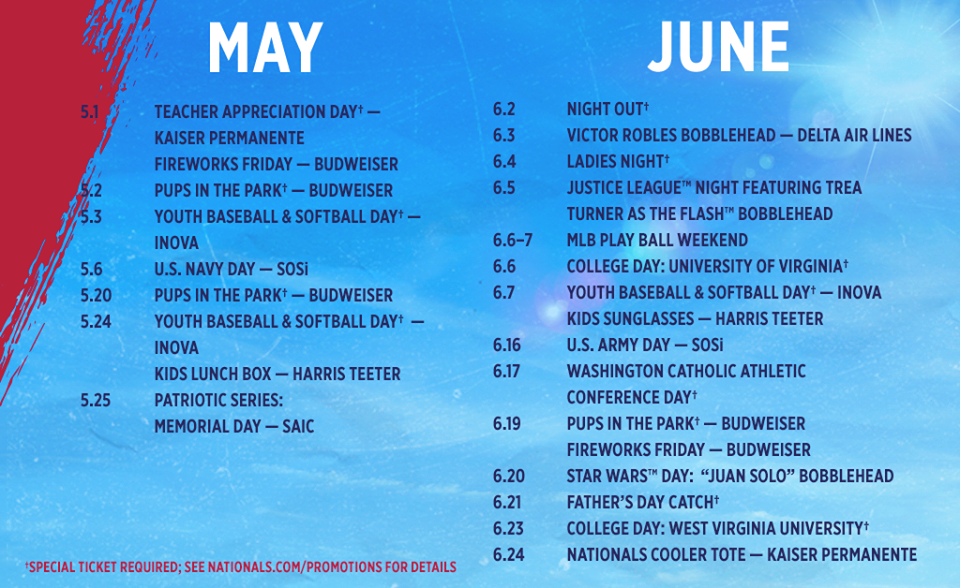 If Firework Fridays are your thing, check out these games: 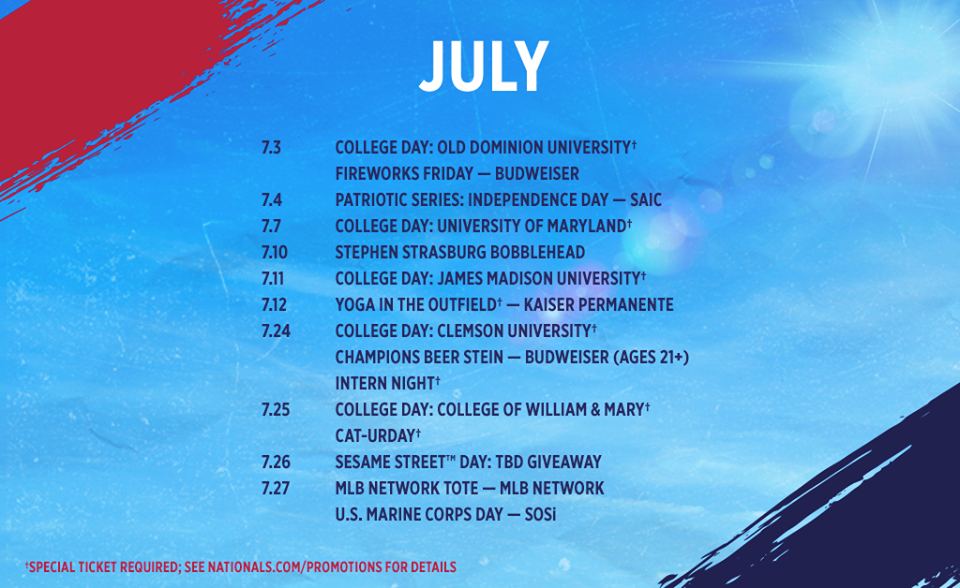 Check out all of the great discount days! If you've never gone to a Nats game with a big bunch of college buddies or military friends, put together a game night outing for this season. You never know who you'll see at one of their themed games. 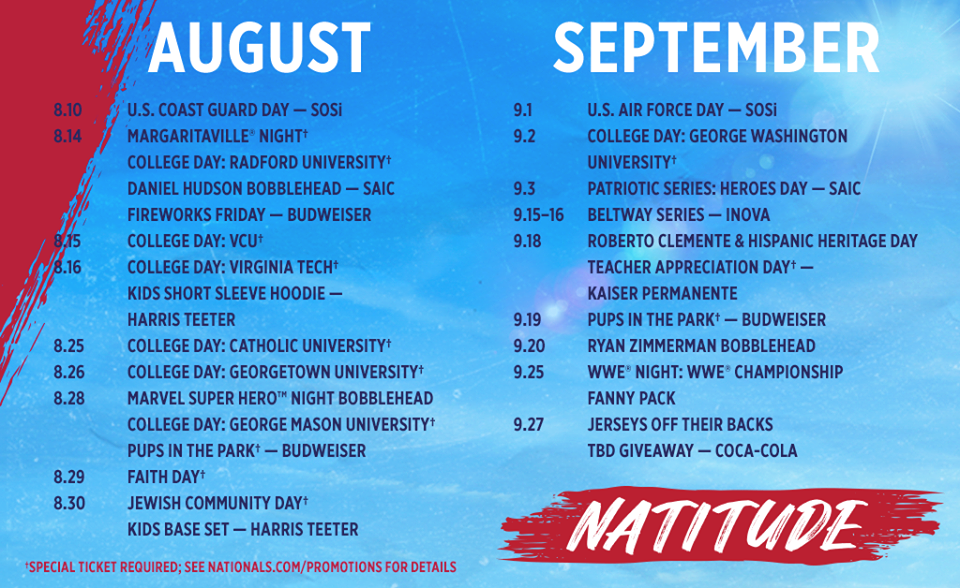 If last season's historic ending was any indication, this year's Nationals are going to be a force to be reckoned with. Get some tickets and head out to the ballpark to root for the home team. Keep in mind that special events may require additional tickets so read the fine print!

**The photos and infographics in this article are courtesy of the Washington Nationals.

Will you be buying Nats tickets this year? What are your favorite kinds of promotional games? Let us know in the comments!

Your Guide to Indoor Trampoline Parks Around Washington, DC

The Rise of eSports Lounge Gaming: Gameworks Expands In Chesapeake