The leg was almost amputated and was close to costing him his life.

Alex Smith, the quarterback of the Washington Football Team, has been officially cleared for football activity. The team announced he is off the "physically unable to perform list" after recovering from a leg injury that almost ended his life in 2018.

Smith's wife, Elizabeth, posted a video to her Instagram of the family enjoying champagne, with the words, "Hard work pays off! Lots to celebrate in the Smith house tonight."

Hard work pays off! Lots to celebrate in the Smith house tonight.

Smith was part of the Washington Football Team in 2018, serving as quarterback. Although he had did not have extremely high stats, only boasting 10 touchdowns and an 85.7 passer rating, he led the team to a 6-3 record before his injury. Teammates claimed his strong leadership was a key point in getting them to that.

At only 36 years of age, Smith broke his right leg's tibia and fibula in a November game against Houston. He ended up getting an infection, which cost him 17 surgeries. Things were so bad with the infection that he faced the possibility of having his leg amputated, and his life was even at risk. Even so, he stayed optimistic that he would recover and return to play in the NFL again.

In the meantime, Smith gave playing advice to his replacement, Dwayne Haskins, last season, although he admitted he wished he was playing instead. Now, with him back in the mix, the team will be faced with a decision as to who should be the starting quarterback. 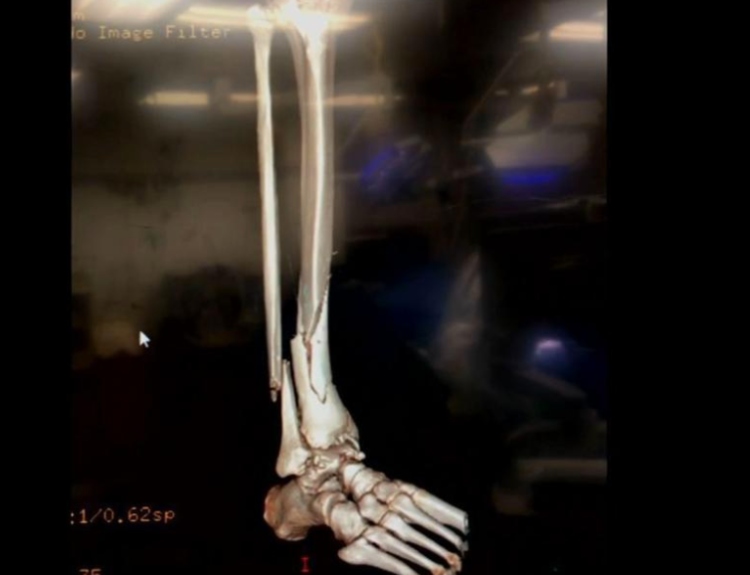 On July 24, Smith told ESPN that he had been cleared to play by personal doctors, including Washington's head team physician, Robin West. Smith worked on the side during training camp while the other quarterbacks performed drills on the field, in order to assure staff that he was able to play well enough.

Rivera was reportedly impressed by his agility and performance, although there is still concern about his ability to move fast enough in the pocket while under pressure, in order to protect himself.

Only time will tell. The next few weeks will definitely be interesting to watch play out, with the Washington Football Team's starting quarterback position up for grabs.

Do you think Smith could be the quarterback this year? Let us know in the comments!

VIDEO: Dog Excitedly Watches Horse Race on TV, and It's the Cutest Thing Ever!