From mumbo sauce to Go-Go music, DC's culture is all around us. Now residents will also be able to wear it!

Last month, shoe company DTLR joined forces with New Balance to produce an exclusive sneaker paying respect to DC's influence. The shoes went on sale on May 28 and are sold at a retail price of $200, with pairs limited to one per customer.

The DC 992, which stands for "Discover & Celebrate," features a gray mesh and suede upper, black overlays, and fiery red accent marks on the rubber outsole and tongue. In classic New Balance fashion, the brand's signature letter 'N' logo is stitched on the side of the shoe. Washingtonians may also recognize the colorway associated with the city's flag, which also appears on the heels. 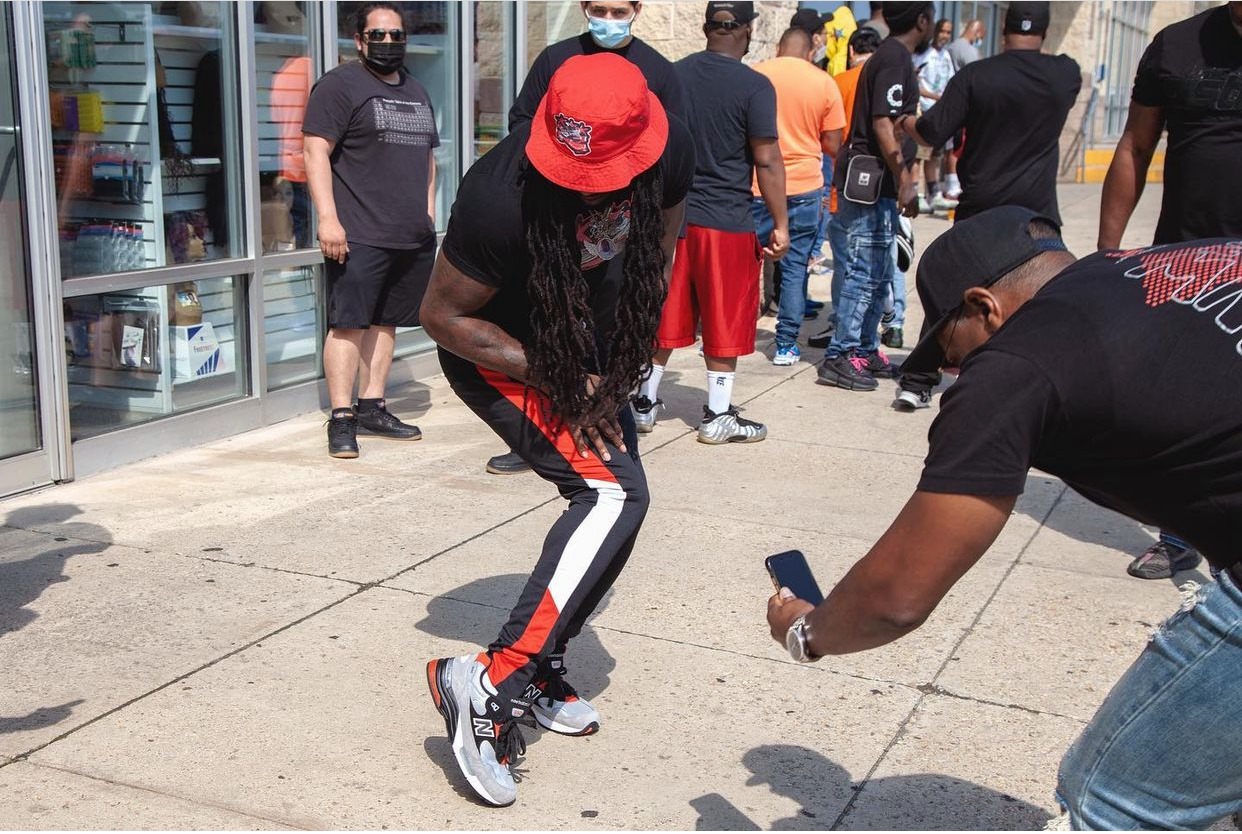 "Contrary to the previous inspiration from the neighboring state of Maryland, the newly named ‘DC992’ is intended for the inner Washingtonian in you to “Discover & Celebrate” (DC)," the company said. "To start on the good foot, DTLR is releasing an exclusive silhouette paying homage to the city."

In a blog post discussing the collab, DTLR describes the shoe's inspiration stemming from the District's rich heritage. Product Design Manager June Sanders, a D.C. native raised in Prince George's County, chose the Boston-based sneaker for the partnership due to its ubiquity in the region. But this isn't the first time the footwear brand has dedicated a shoe to Chocolate City.

Previously they released the 990 'EST DMV' design consisting of a gray suede exterior with 'EST DMV' embroidered on the side. Since being phased out, the U.S.-made model has become quite a collector's item.

"This theme is a token of appreciation to D.C., a city that has given so much to culture through trendsetting and trailblazing," the company said. "As a wonderful souvenir to commemorate discoveries to celebrate, this special edition pair is quintessential to wear in the District of Columbia and beyond."

Summer is the season of fly footwear, and these kicks definitely do not disappoint. To show some DC pride, you can purchase them at select DTLR stores throughout the region as well as their website. Wanna snag a pair? Just click here to find your nearest store.

New Balance fans, what do you think of the DC 992's? Do you have a favorite pair of sneakers? Let us know what they are in the comments!