Be on the lookout for Princess Diana’s tiaras in Season 4 of The Crown.

Season 4 of the Netflix series The Crown takes us into the era of the '80s and introduces Princess Diana, played by actress Emma Corrin. Lady Diana Spencer, beloved around the world, was known as the “People’s Princess” for her humanitarian efforts and immense popularity.

Diana was well known for her style, grace, and elegant fashion sense. Whether you’ve been a Princess Diana fan since the Royal Wedding or you’ve just discovered royalty with the popular series The Crown, let’s take a look at a couple of iconic pieces of jewelry worn by the princess, most notably two of the tiaras she wore throughout her lifetime. 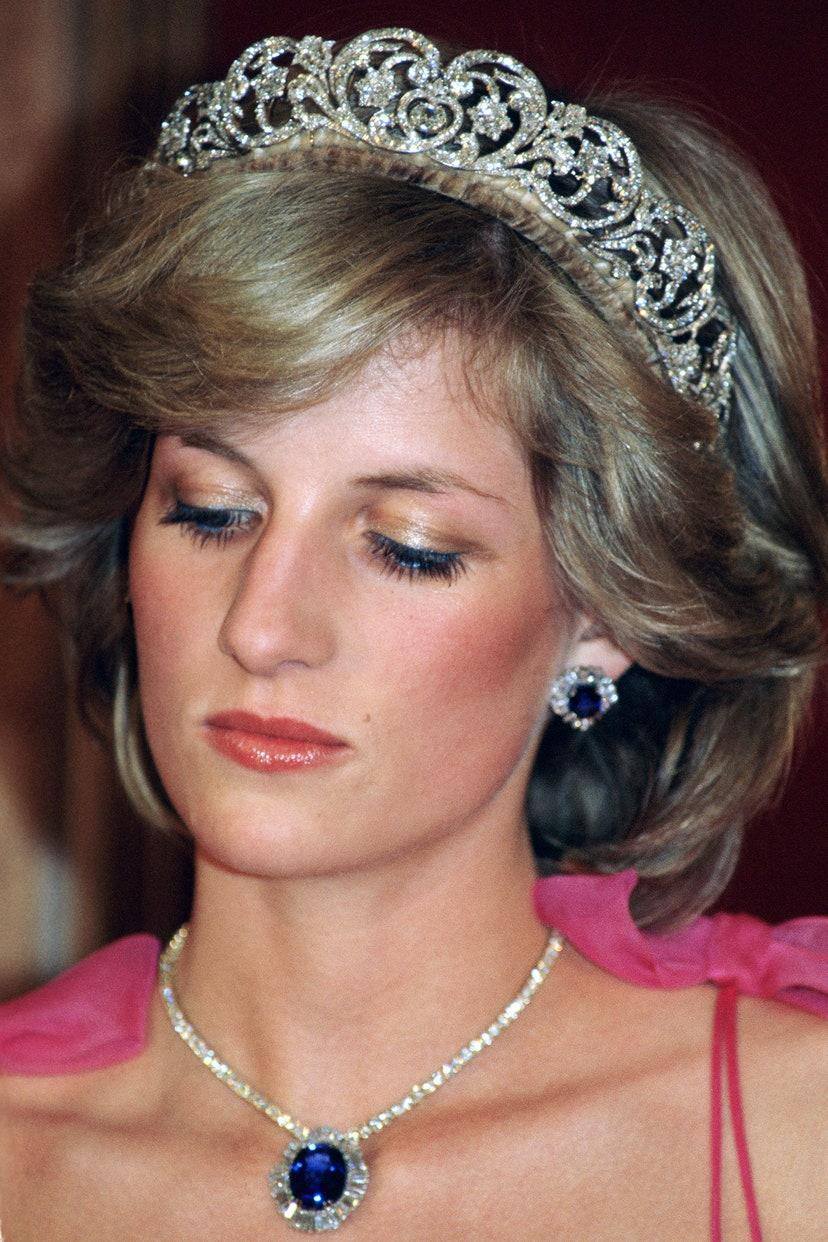 The Spencer tiara has heart-like diamonds at the front center and is probably the one we’re most familiar with seeing in photos. This is the tiara Diana wore with her veil when she married Prince Charles in 1981 and became the Princess of Wales. Diana came from a royal background, and the Spencer Tiara had been in her family since the 18th century (in various pieces).

Diana's sisters, Jane and Sarah, also wore the Spencer Tiara at their weddings.

The tiara had been part of a traveling display on Diana’s life, but it’s most likely now kept in the vault at Althorp House, Diana’s family estate. 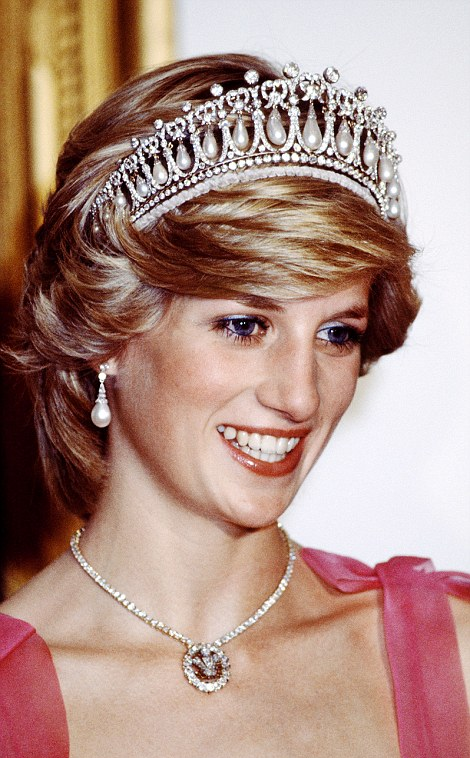 After becoming Princess of Wales, Diana was given the Queen Mary’s Lover’s Knot Tiara, though she still continued to wear the Spencer Tiara to formal events. The Queen Mary’s Lover’s Knot Tiara has a silver and gold frame with 19 pearls suspended from the “pretzel-like” knots. It was created by E. Wolff and Co. on commission from the House of Garrard and has been worn by Queen Mary, Queen Elizabeth II, and Kate Middleton. 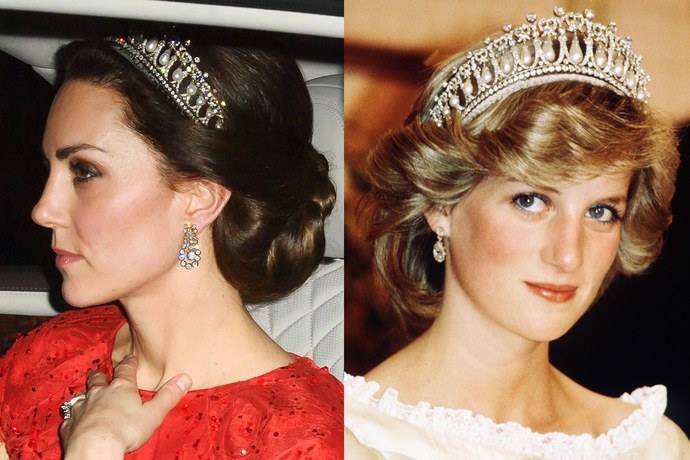 Queen Elizabeth has worn it multiple times over the years. It was returned to the queen after Charles and Diana’s divorce. 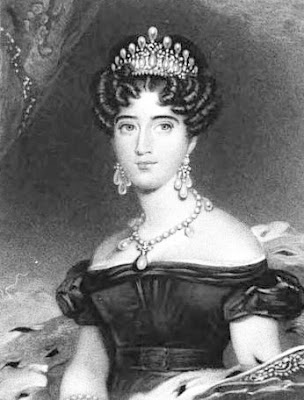 Since Mary admired it so much, she commissioned a replica, which is the Queen Mary’s Lover’s Knot Tiara that we’re all familiar with and that Princess Diana wore.

If you’re ever unsure, just remember that the Cambridge Lover’s Knot Tiara has pearls that protrude upward, forming a higher “crown-like” effect. The Queen Mary originally had pearl toppers but they were taken off many years ago, resulting in a much more elegant look (as you can see in the photo below). The original Cambridge tiara was sold at auction at Christie’s in Geneva in 1981 to a German noble family. 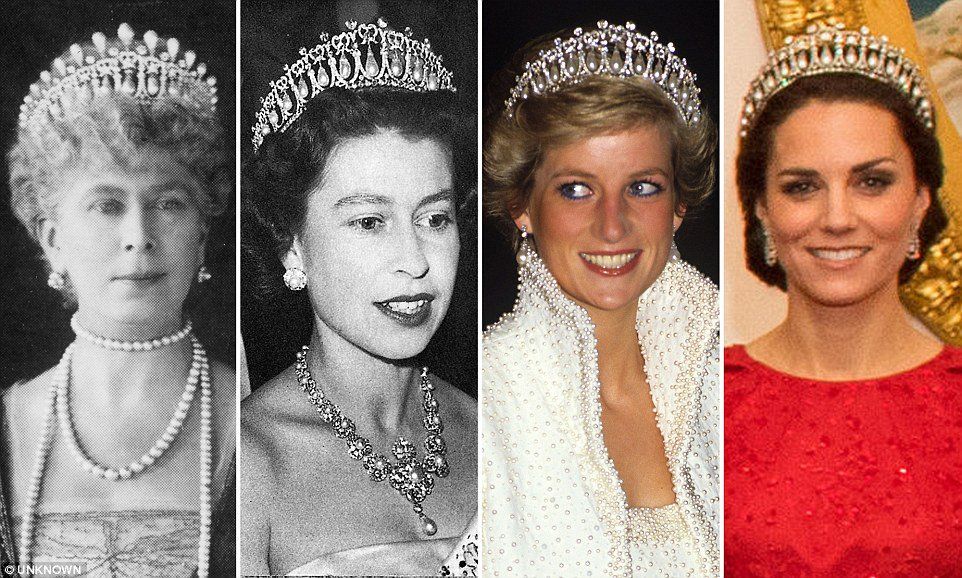 Are you in the market for a tiara of your own, or just want a simple pair of sparkly earrings to feel like a princess? Give Pinetree Jewelers in Parker a call and they'll find what you're looking for!