Customers complained about broken snaps from the clothes, posing a risk of choking, pinching, and laceration.

The company received 16 complaints of broken snaps on the Cloud Island Infant Romper, specifically. An incident of scratch and another incident of a child being pinched were also reported. Almost 299,000 rompers were recalled following the complaints. The rompers were sold nationwide in the Target stores and online at Target.com, GoogleExpress.com, and Shipt.com from July 2019 through October 2020 in sizes newborn till 12 months. 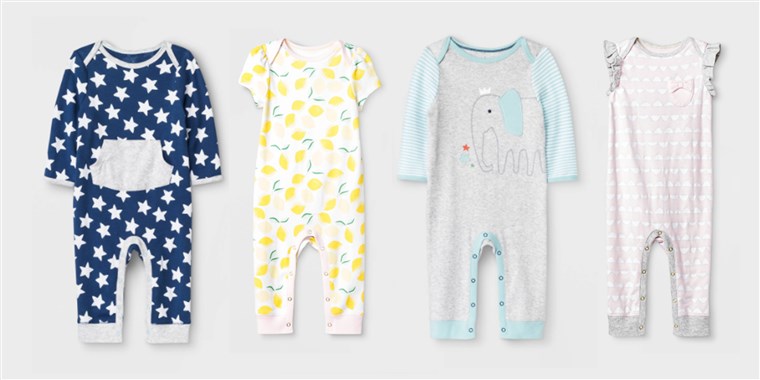 Details of the recalled clothing units and their item numbers are announced on the CPSC website.

A similar recall was announced on the same day on approximately 181,000 Cat & Jack Infant-Toddler One-Piece Rashguard Swimsuits. Target received 27 reports of snaps detaching, including one report of a laceration. The swimsuits, manufactured in sizes 12M-5T, were sold nationwide in Target stores and online at Target.com from December 2019 through October 2020.

The item numbers are printed on the white tag inside the swimsuits. Details of the recalled products and their numbers are already announced on the CPSC website.

Consumers are advised to return all the recalled items for a full refund immediately.

Do you own any of the recalled items? Let us know in the comments below!