The Koh-I-Noor Diamond: From the Mines of India to the Crown of England

The Koh-I-Noor Diamond: From the Mines of India to the Crown of England

The Koh-I-Noor diamond is one of the largest cut diamonds in the world.

With an intriguing history of curses, myths, and misconceptions, the Koh-I-Noor diamond was revered by Hindu gods and considered bad luck by others. Many countries claimed ownership of the diamond, including Pakistan, India, and the Taliban in Afghanistan. It even survived Nazi raids in World War II by staying hidden inside a cracker box.

The Koh-I-Noor, also spelled Kohinoor, diamond is one of the largest cut diamonds in the world. It was most likely discovered in the 1300s in the Kollur Mine during the Kakatiya Dynasty. It passed through various owners throughout South and West Asia and has adorned the Peacock Throne of Shah Jahan (the fifth Mughal emperor) and was worn by child emperor Duleep Singh in 1843.

In the mid-1800s, the Koh-I-Noor became part of the British Crown Jewels collection. The diamond was originally 191 carats but was cut down to a 105-carat oval in 1902 when Queen Victoria wore it as a brooch. Koh-I-Noor means “mountain of light.” 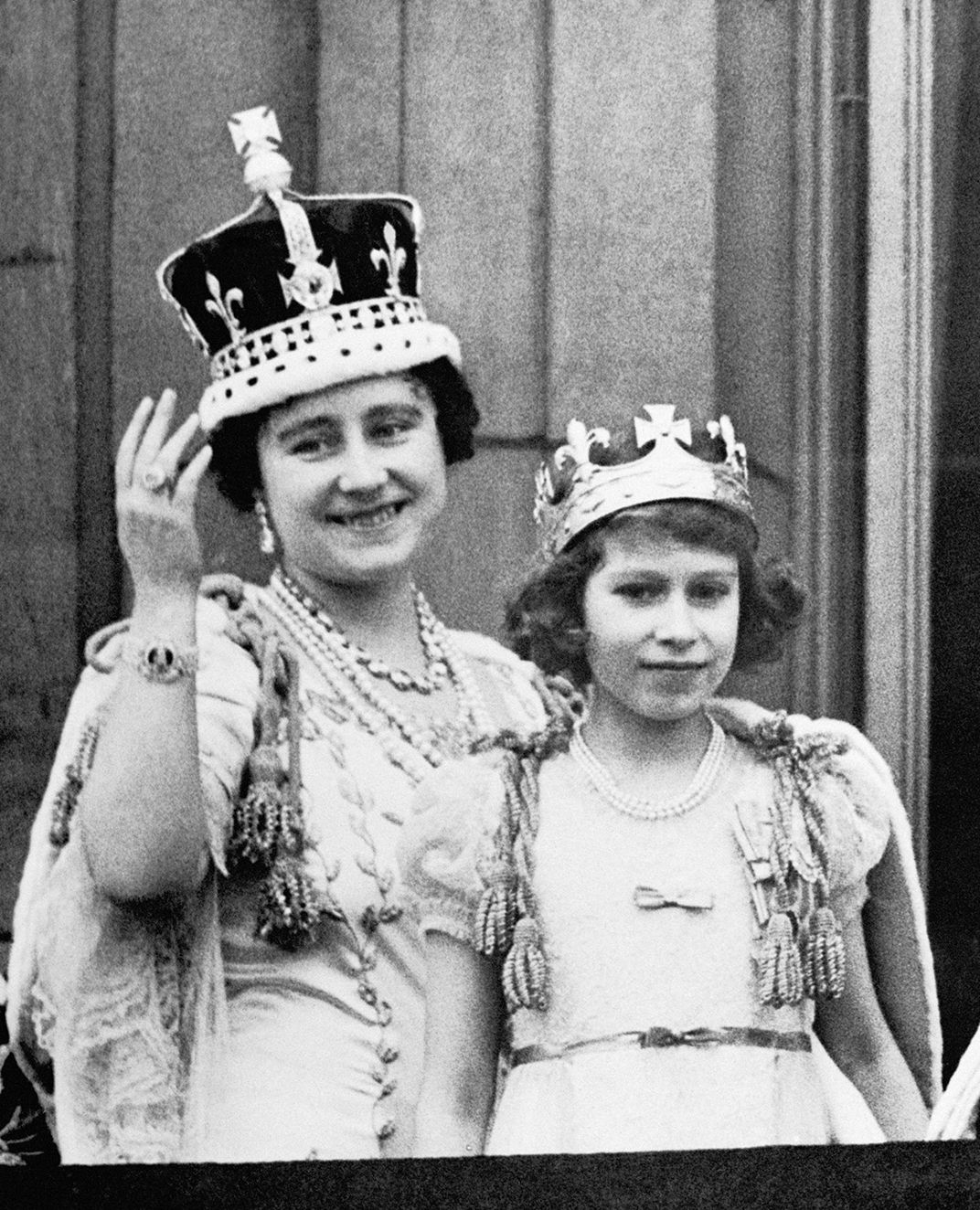 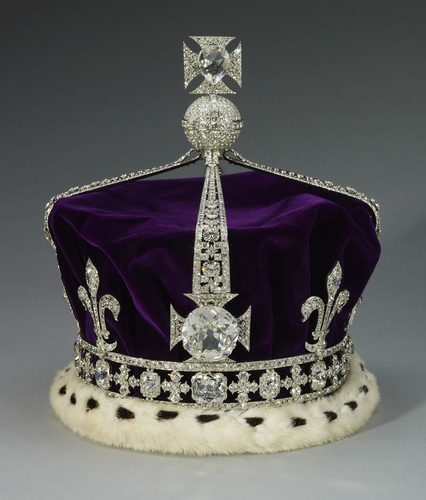 Created by Garrard & Co. in 1937, Queen Elizabeth The Queen Mother's Crown features the oval brilliant-cut D (colorless) Koh-I-Noor diamond. It also has a rich purple velvet cap and ermine band. Four tapering half arches meet at a pave-set monde (or “orb”) and a cross at the top. There are four fleur-de-lis and four crosses-pattee above the band, and the band has alternating rows of cross and rectangle diamonds.

The Crown Jewels, along with several other historic items such as king’s crowns and scepters, are displayed at the Tower of London. That's where the Koh-I-Noor diamond is too, still adorning the Queen Mother's crown. 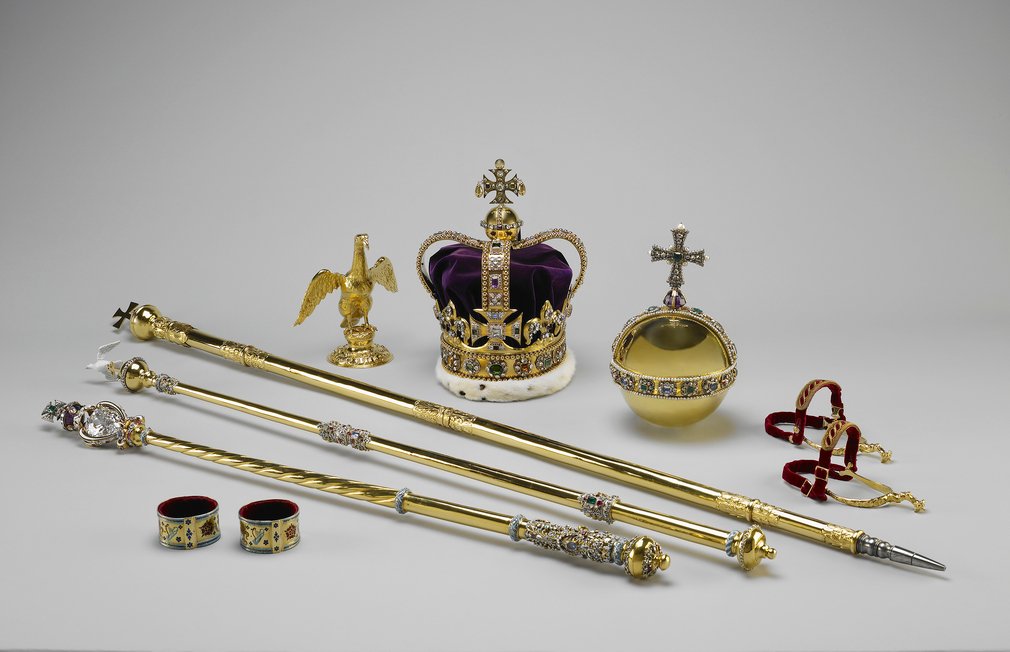 Regalia made for Charles II in 1660, is a central part of The Crown Jewels. (courtesy of Royal Collection Trust)

If you’re looking to add a diamond (or some other sparkly treat) to your jewelry collection, give Pinetree Jewelers a visit. The family-owned company has been in business for more than 40 years and offers a wide selection of custom pieces, engagement rings, and other jewelry such as earrings, pearls, pendants, and precision-cut gemstones.

Have you been to the Tower of London to see the British Crown Jewels? Let us know in the comments.