5 Places in the DMV to Experience Native American Culture

5 Places in the DMV to Experience Native American Culture

Why summer vacation isn't over till you dance to the beat of native drums!

If you haven’t watched the Pocahontas movie, you absolutely must read about her story. The tagline "Virginia is for lovers" will start making sense to you. It's a classic love story of a cheerful and exuberant girl who falls in love with someone who is the exact opposite of her—and yes, there is a twist. The girl is a traditional Native American and the man a conservative English settler. Against all odds, she marries him and helps put an end to the violence that has plagued a small Virginia settlement for decades. This story has action, comedy, tragedy, and romance and endorses the epigram "truth is stranger than fiction." They had a son, and there are two First Families of Virginia who trace their roots to Pocahontas, Edith Wilson (wife of Woodrow Wilson), and Nancy Reagan.

Besides Pocahontas, the history of American Indians is laden with stories of valor, romance, and sacrifice. It is widely believed that natives have been thriving on this continent since about 12,000 B.C. They cannot be bracketed into a single nation and consist of various tribes with their own indigenous and rich variety of cultures, traditions, peoples, and languages.

In the DMV region, formidable Native American tribes flourished before the Europeans even set foot at Jamestown in 1607. Their cultural diversity, vast knowledge, and profound wisdom have left an everlasting footprint in the region. Many believe that natives have been in Virginia for the past 18,000 years. According to historians, three tribes were dominant in this region. These were the Powhatan, the Monacan, and Cherokee. They spoke different languages and lived along the banks of the coastal waterways, in woodlands, and in mountain valleys. You can experience their fascinating history and learn about their intriguing traditions all across the DMV.

We have picked the top five spots that we feel are the most fun to visit, especially if you want to relive the fascinating customs and traditions of the American Indians in the DMV region. And before you begin exploring, keep in mind this little piece of trivia: that according to the U.S. Census Bureau, 50 percent of people who identified as Indigenous preferred the term American Indian, 37 percent preferred Native American, and the remainder preferred other terms or had no preference. 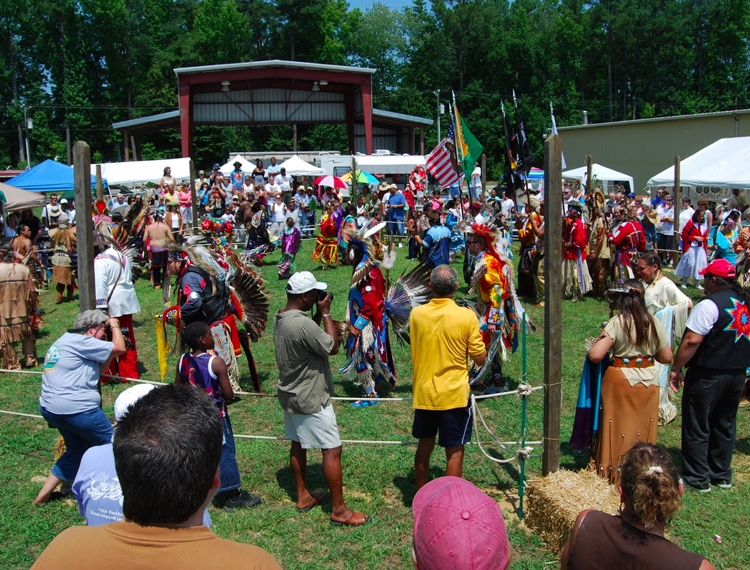 Cheroenhaka (Che-ro-en-ha-ka), meaning “People at the Fork of the Stream” is the real name of the “Nottoway” tribe. The name Cheroenhaka was given because the tribe lived where the at the form where the Nottoway River meets the Blackwater River to form the Chowan River—hence “People at the Fork of the Stream.” The name “Nottoway” was given by the colonials who found this easier to pronounce. It is widely believed that the presence of this site can be traced back to 700 A.D., even though hand excavation records place the Cheroenhaka tribe in Virginia around 1580.

The reason why this is No. 1 on our list is that here you can meet, talk, and interact with American Indians as the Cheroenhaka tribe reclaimed this territory and even elected a tribal chief, Walt “Red Hawk” Brown. He also became the first Native American Indian ever to be elected to serve on the Southampton County Board of Supervisors in Southampton County, Virginia. He was also granted the right to perform marriage ceremonies according to the tribal rituals and performed the first tribal Indian wedding in 2003.

Other great activities you can enjoy here include learning the Native American dance and listening to traditional drums and songs. You can also learn to speak the Iroquoian language and enjoy traditional meals like Indian tacos, fried bread, fish, and more. Take a walk through the interpretative trails guided by signage in both the Iroquoian language and Englis, which identify native flora and fauna indigenous to the area. 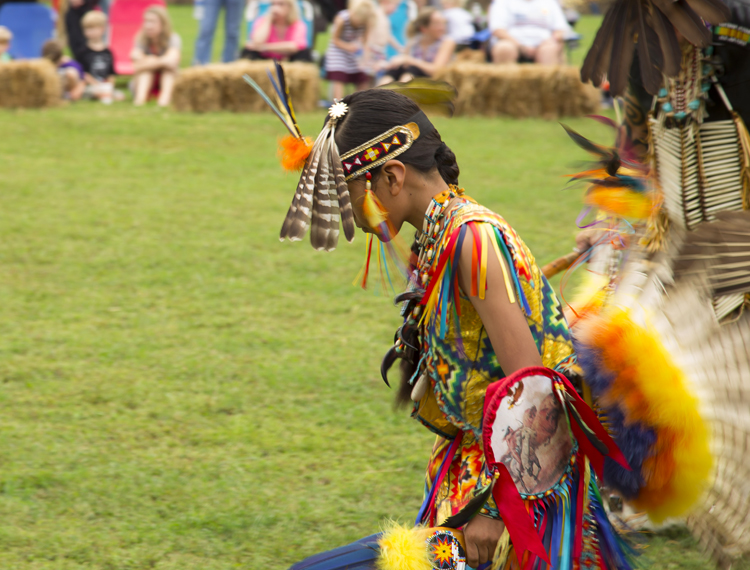 Hopefully, by the time you read this, you will have enough time to plan a trip to Jamestown Settlement in Virginia and experience the American Indian Intertribal Powwow. From October 12 to 13, 2019, you can enjoy a two-day celebration of song, dance, and storytelling by members of American Indian tribes. If Native American history, culture, or traditions fascinate you, this is a not-to-be-missed event.

"Powwow" derives from the Algonquian Indian word pau wau, which means "he dreams. It is an event that celebrates being a Native American and is meant to inspire pride, preserve, and promote American Indian culture and traditions. The feast is a gathering of various Indian tribes who come together to dance, sing, exchange stories, speak tribal languages, exchange traditional gifts, nurture tribal customs and, yes, enjoy great food.

If your schedule does not allow you to plan a trip in October, you can still enjoy expansive gallery exhibits and an introductory film that describe the cultures of the Powhatan Indians in 17th-century Virginia. Costumed historical interpreters describe and demonstrate daily life in early 17th-century life-size re-creations of a Powhatan Indian village. 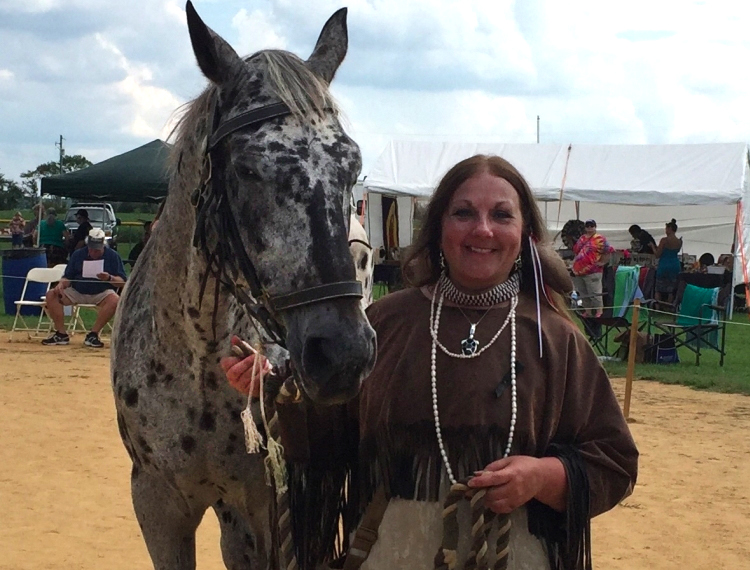 Third on our list is Dorchester County, Maryland, where you can interact with modern-day Nanticoke Indians at the Nause-Waiwash Band of Indians. Here in Greenbrier and Maple Dam  Cambridge are about 300 descendants of the original Nanticoke tribe who consider the Eastern Shore of Maryland their permanent home.

Around 300 American Indians are rehabilitating a Longhouse to serve as a community center and a meeting house. Guests are invited to the Longhouse by appointment where they can have an interactive tour and learn fascinating facts about the tribe and their traditions.

We highly recommend the ONLY Powwow on the Eastern Shore of Maryland, giving you ample time to plan for it. This takes place on Saturday, September 14, and Sunday, September 15. Authentic food, colorful stalls with crafts and tidbits, storytelling, and dancing with native music makes this a must on your September list. 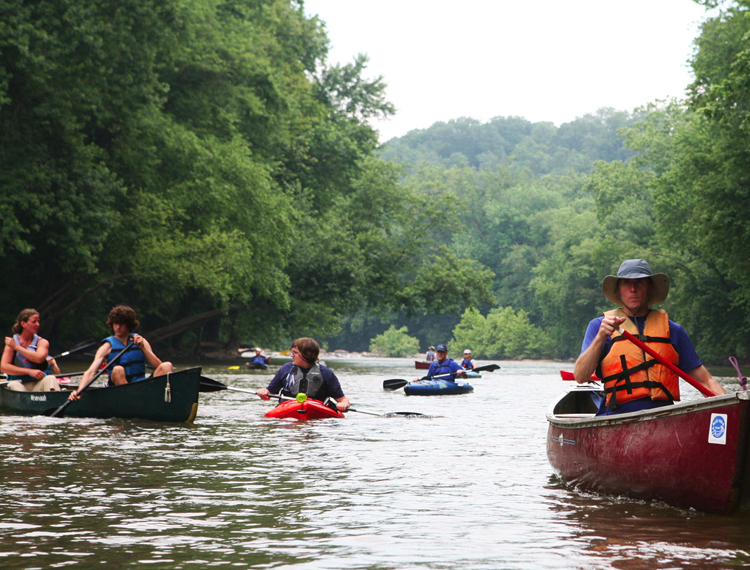 If you're a water person, you will love our No. 4 on the list—trust us! This trip takes you on The Nanticoke River which meanders for 64 miles from southern Delaware to the Tangier Sound in the Chesapeake Bay. The river was named by American Indians who used this serene and tranquil route as a trade avenue and fishing ground. Trace the journey of these Native Indians as you paddle across the largely undeveloped river. This unhurried voyage gives you a rare sight into the untouched Chesapeake terrain that looks much like it did centuries ago. Hopefully, you will also catch a glimpse of a bald eagle as this region has one of the highest concentration of bald eagles in the northeastern United States, not to mention the heavenly view of tidal wetlands teeming with wild rice, cattail, waterfowl, and largemouth bass among many other species. One tip before you head out—Prepare to be awestruck.

5. The National Museum of the American Indian | Washington, D.C. 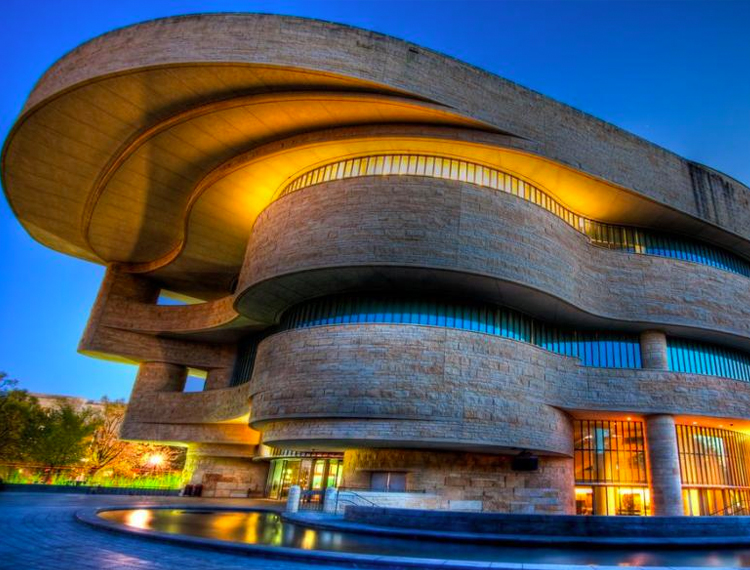 Just like in murder mysteries, sometimes the most obvious is disregarded. If you haven’t been to the Smithsonian National Museum of the American Indian, you are missing out on an amazing experience. One of the most interesting facts we learned was that this museum was designed in collaboration with various Native American tribal chiefs, elders, and intellectuals. This adds credibility to the sense and spirit of the museum for visitors coming from all over the world.

The National Museum of the American Indian has one of the most extensive collections of Native American arts and artifacts in the world—approximately 266,000 catalog records (825,000 items) representing over 12,000 years of history and more than 1,200 indigenous cultures throughout the Americas. The collection ranges from ancient artifacts to contemporary fine arts. The items include simple everyday artifacts used centuries ago, religious relics that tell the tales of American Indian traditions, and items that depict the aesthetic sense of American Indians in the past.

The museum is open throughout the week, and the good news is that the admission is free, and the building is accessible to people with disabilities.

Do you recommend a Native American site or experience? Tell us in the comments section.