Are you ready for a road trip to some of New Jersey’s weirdest and wackiest sites? Let’s get going!

From light-hearted and whimsically wacky to weird and downright kooky, New Jersey’s highways and byways provide a carload of road trip ideas. If you’re looking for a fun road trip with the kids, check out some of our ideas. Larger-than-life pachyderms, fluorescent elements, and tributes to innovation are waiting. 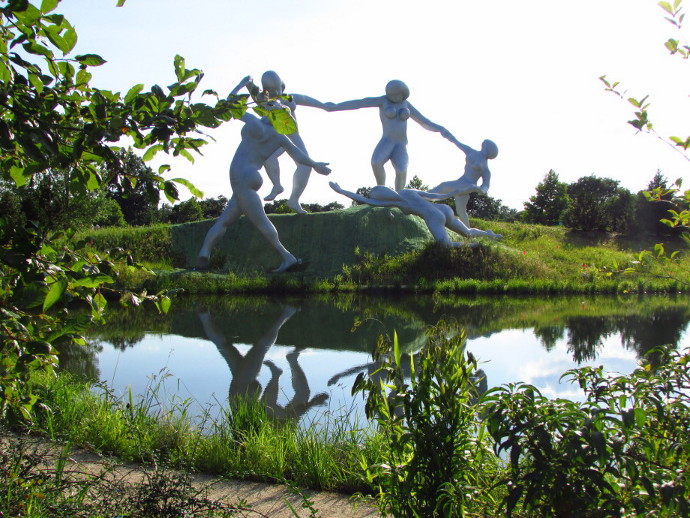 Grounds for Sculpture, a 42-acre sculpture garden, and museum, opened in 1992. Among nearly 300 sculptures, Seward Johnson’s lifelike creations are a highlight. They portray people going about daily life in activities such as dining, gardening, strolling, and sitting on park benches. Take a selfie or two with these wonderfully inanimate objects, as well as his homages to paintings by Munch and Van Gogh. Seward Johnson is also the creator of The Awakening, which can be seen at National Harbor in Oxon Hill, Maryland.

Fluorescent Rocks of Sterling Hill Mine

Fluorescent Rocks of Sterling Hill Mine is a historic zinc mine museum with glow-in-the-dark objects. Take a guided tour through the Zobel Hall Museum, the mine, and the Warren Museum of Fluorescence. Zobel, formerly the miners’ changing house, has original miners’ lockers and minerals (both fluorescent and otherwise) from Sterling Hill and Franklin zinc mines, and an interactive 10-foot long Periodic Table of Elements complete with a sample of the element. 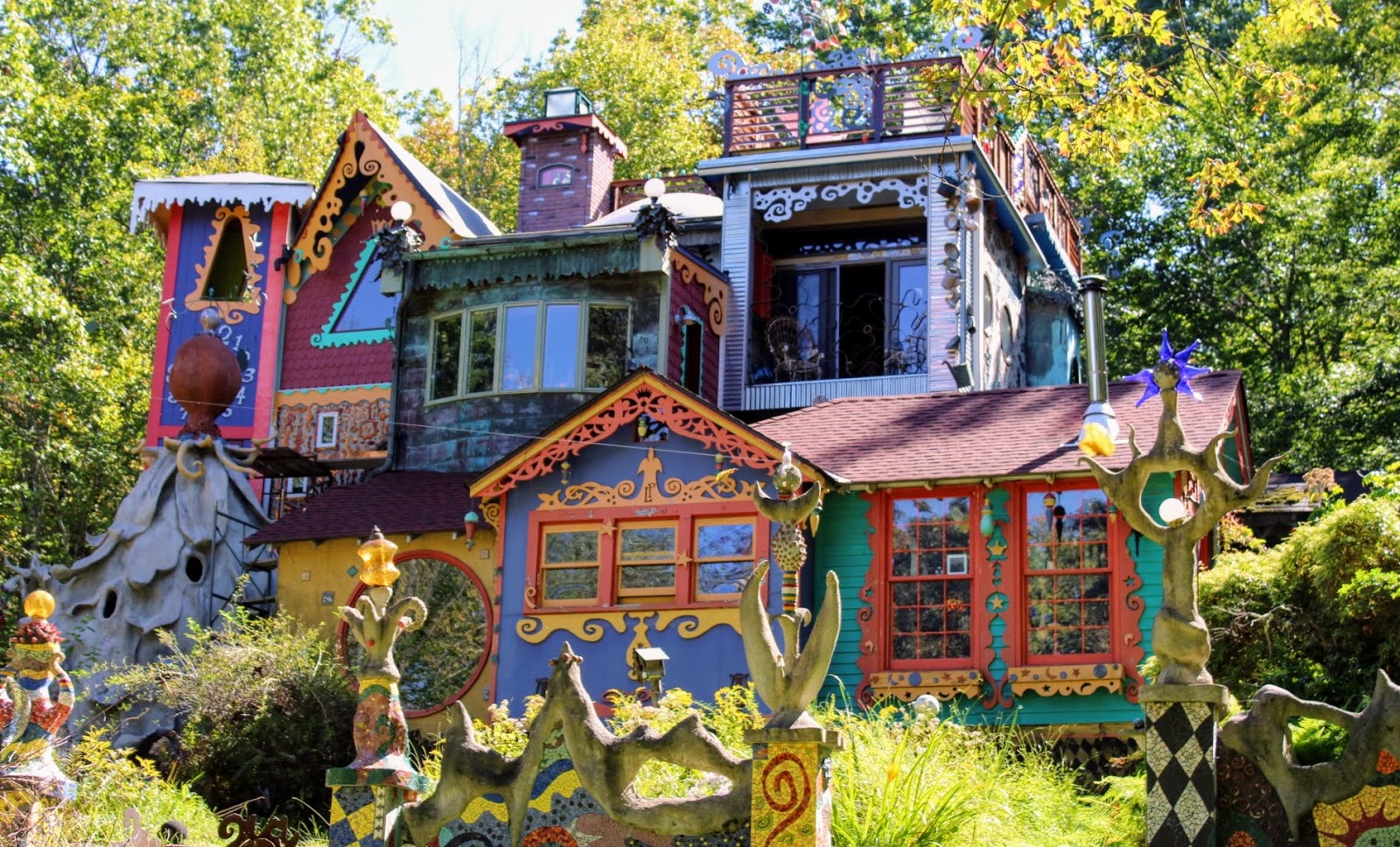 Luna Parc is artist Ricky Boscarino’s private home and studio. Using metal, clay, wood, cement, and glass, he has created a whimsical, outlandish, and completely creative structure. The exterior features colorful, gingerbread trim, mosaics, steel and glass sculptures, and 3D sculptural décor. The interior has a variety of mosaic designs and unique displays such as a Hall of Hats.

This very Alice in Wonderland-ish abode is only open twice a year, so stay up-to-date by visiting the website for dates. The Luna Parc Atelier Foundation Inc. is a nonprofit dedicated to instilling creativity in youth of all ages by hands-on activity.

Made of wood and tin sheeting by James V. Lafferty, the magnificent 65-foot-tall Lucy the Elephant was created in 1881. It’s one of three, but the only one still intact. It was originally built to attract real estate buyers to the area but now stands as a fun tourist attraction and National Historic Landmark.

There’s a spiral staircase in a hind leg, and it has functioned as a home, a real estate office, and a tavern. Group overnight visits include storytime, tours, and climbing to the top of the howdah (the carriage on her back). You can donate to the Save Lucy Committee, which is in effect to preserve the pachyderm from things like coastal weather conditions and normal wear.

Now, let’s travel to the northwestern section of the state for a foray into slasher film nostalgia. The 1980 flick, Friday the 13th, featured a doomed group of camp counselors at Camp Crystal Lake. The real-life setting was Camp No-Be-Bo-Sco, which is short for NOrth BErgen BOy SCOuts. It opened in 1927 as a Boy Scout Camp and is used by the Boy Scouts of New Jersey and neighboring states.

Camp Crystal Lake tours are given as a fundraiser for camp restorations and maintenance. There’s a random lottery system for tour tickets. You can enter the tour lottery for a chance to purchase a ticket when the next tour is announced. Just watch out for Jason. 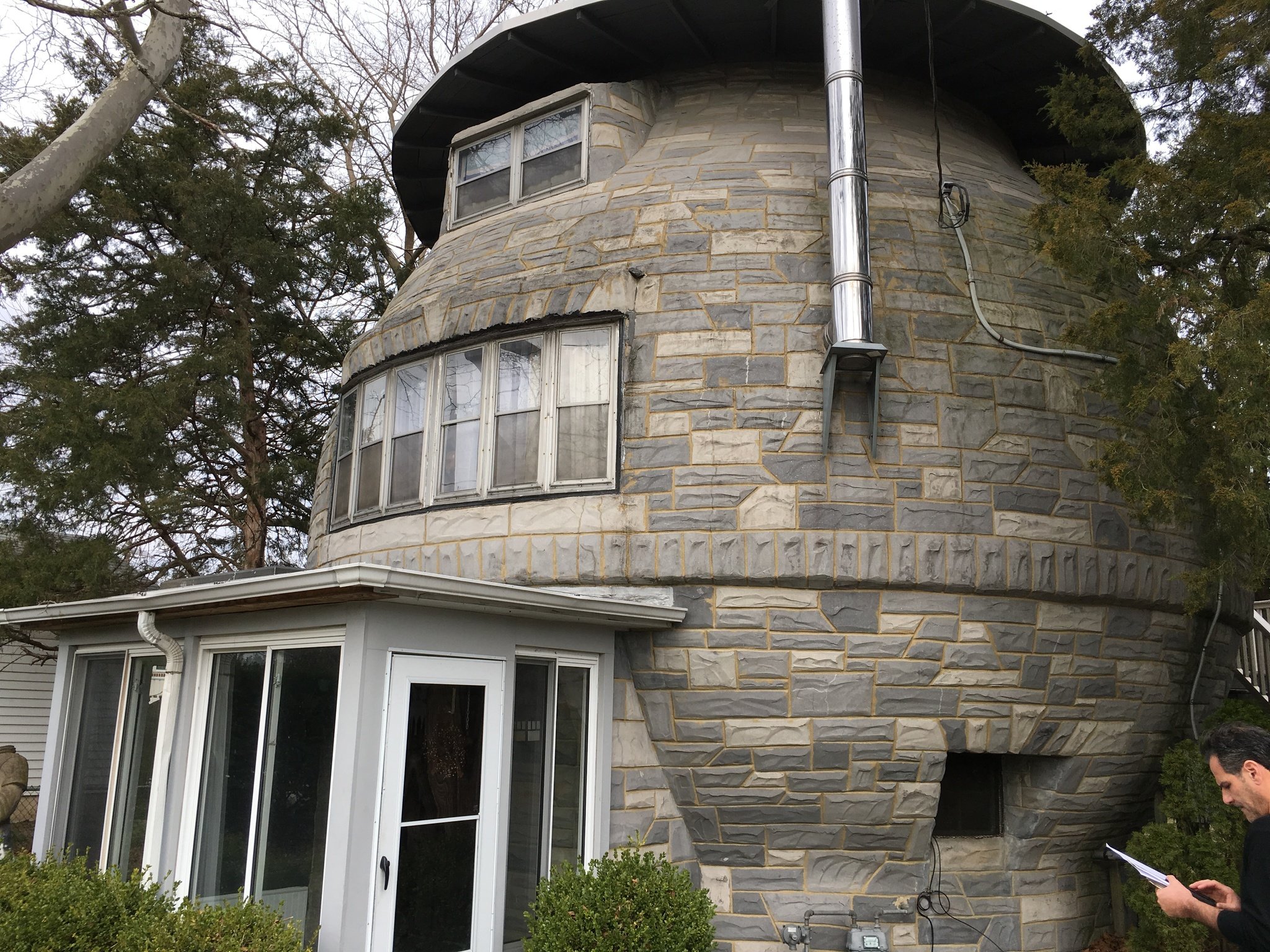 Designed for the atomic age—it was built to withstand a bomb blast—the Cookie Jar House is three floors of cuteness. It’s also known as The Round House (but we like Cookie Jar much better). The house is privately owned and is not a museum, but you can drive by and take a look (and a selfie or two). Built in 1947, it’s about 1,564 square feet in size. Originally the whole neighborhood was supposed to be roundhouses (how cute would that be?), but this was the only one that was actually built.

Engineers, history buffs, and fans of really tall roadside attractions will want to check out the World’s Tallest Light Bulb and Menlo Park Museum. The 118-foot tall tower (the light bulb itself is 14 feet tall) was built in 1938 and weighs eight tons. Music plays during tours as a tribute to Edison’s phonograph invention. The tower shines nightly and is lit by LED lights. The museum is next door.

Have you been to any of these quirky New Jersey attractions? Did we miss any? Let us know in the comments.