Get ready for the cone zone on your trips to DIA.

A nearly $93.5 million proposal to widen Peña Boulevard has cleared a Denver City Council committee and is on its way final approval on July 1.

DIA wants to get you to and from the airport faster and safer. A proposed widening project that would span the length of Peña Boulevard might be gearing up next spring. The entire project will take on four phases, with Phase 1 easing traffic and parking concerns from Jackson Gap to the DIA terminal, a 3.5-mile segment of Peña Boulevard. When the project completes, it will have re-worked all of Peña Boulevard back to I-70.

It is hoped that the construction will improve traffic operations, reduce traffic accidents, and improve ground transportation options. The first phase plan is to widen Peña Boulevard to nine lanes, inbound to five lanes and outbound to four lanes, add a new ground transportation holding lot, add or rebuild ramps, and add a diverging diamond interchange, to name a few of the improvements.

“Pena Blvd. has reached its capacity and requires a major upgrade that will keep pace with DEN’s growth and planned improvements over the next two decades,” the city's request for the contract said.

Upon final approval, construction is set to begin between January and May of next year. The completion date has been laid out as May 20, 2022. Interstate Highway Construction received the contract for the project. 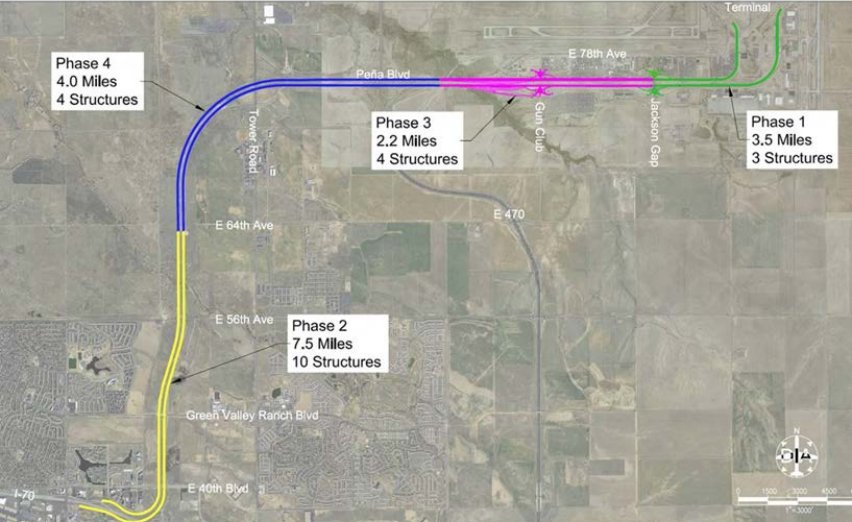 Currently, DIA says that none of the current lanes would have to be closed during construction. However, it will be a large project, so it won't hurt to add some extra travel time into your airport trip once it is all up and going. If all goes well, hopefully, the drive there after completion will be easy breezy.

Dreaming of a Vacation? Sicily Will Cover Half of Your Travel Costs and Much More!