Take a tour along Virginia's shores to see some of the state’s oldest and tallest lighthouses!

From the Potomac River to the Chesapeake Bay and the Atlantic Ocean, Virginia’s lighthouses have been shining tall and bright since the 1800s. Climb to the top, view from afar, and check off a mark on your lighthouse list. Whether you’re a history buff, an architecture enthusiast, or a fan of coastal landscapes, this lighthouse tour takes you through some of Virginia’s beautiful and historic waterways and towns.

Shining bright over the Potomac River, Jones Point Lighthouse was built in 1855. The wooden one-story lighthouse (it’s basically a house with a light on top) served as a warning to ships entering the Washington Navy Yard. It’s located just south of Old Town Alexandria and is maintained by the National Park Service. It’s not open to the public but makes a nice photo stop. 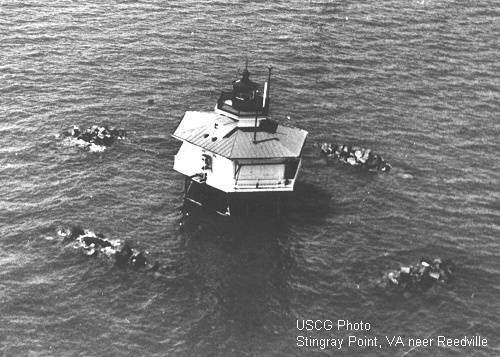 Stingray Point Light used to be off of Stingray Point near the mouth of the Rappahannock River and Piankatank River. It allegedly received its name from Captain John Smith after he was stung by a stingray. It was built in 1853 and in service until 1965. A replica is now at Stingray Point Marina in Deltaville, Virginia.

Wolf Trap Lighthouse is a caisson tower lighthouse—meaning it sits on a metal or concrete superstructure rather than screw pilings like some lighthouses of this type. It’s 52 feet tall and located about 3.5 miles offshore, seven and a half miles northeast of New Point Comfort and south of where the Rappahannock River meets the Chesapeake Bay.

The 63-foot tall-octagonal sandstone New Point Comfort Light is the third-oldest surviving lighthouse in the Chesapeake Bay. Commissioned in 1804 by Thomas Jefferson, it’s on the National Register of Historic Places and has undergone lots of renovations over the years. Confederate soldiers disabled the light during the Civil War to make it more dangerous for Union troops entering the Bay.

New Point Comfort was originally located in Matthews County, but it’s now on a one-acre island. There’s an elevated walkway across Mobjack Bay, but the lighthouse is not officially open to the public.

Old Point Comfort Lighthouse is located at Fort Monroe in Hampton. It was commissioned by Thomas Jefferson in 1802, making it the second oldest in the Bay. At 54 feet in height, it was used as a watchtower during the War of 1812. It’s not open to the public but can be seen from the street. 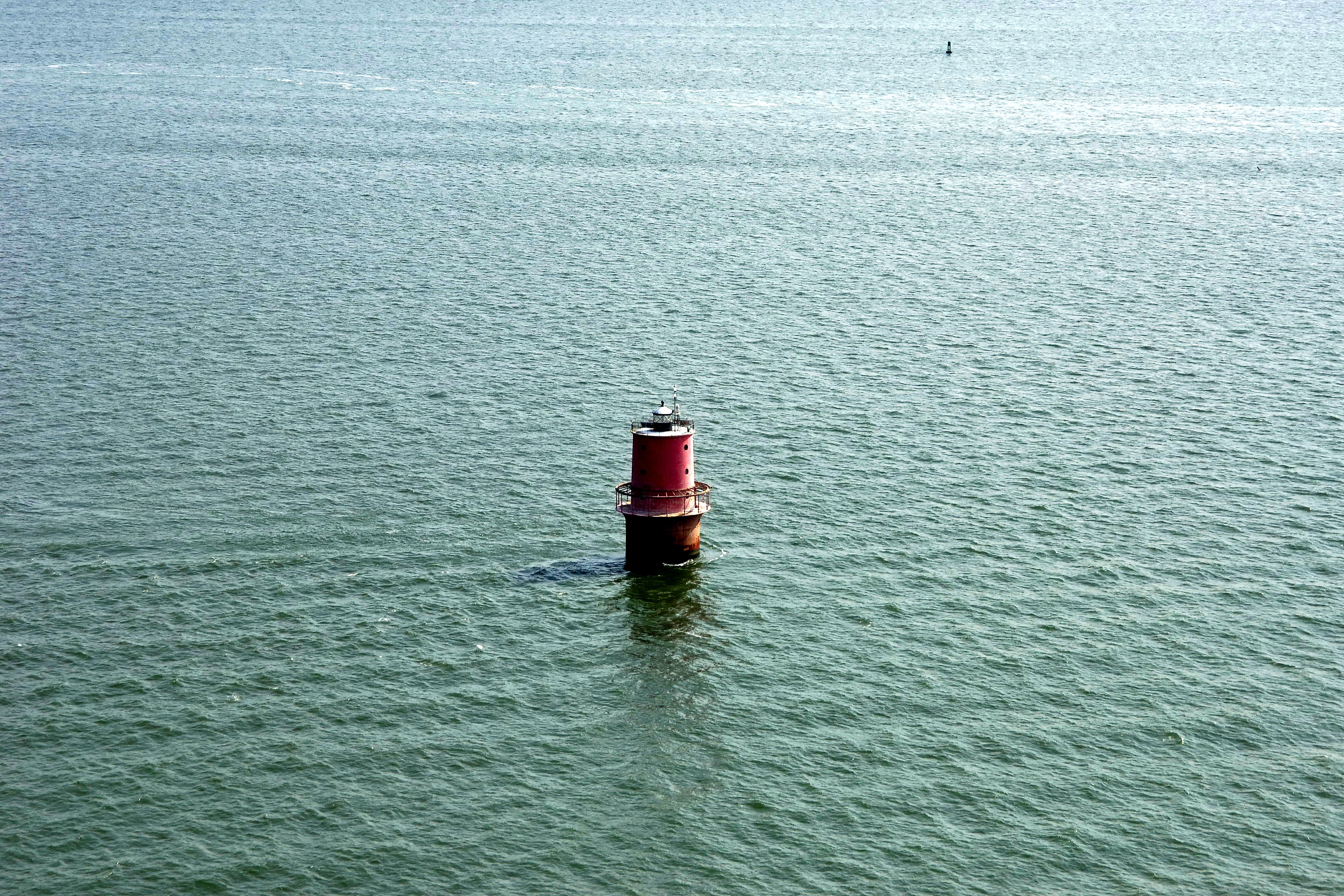 Found in the Chesapeake Bay, just north of the Hampton Roads Channel, Thimble Shoal is a sparkplug light (meaning the superstructure rests on a concrete or metal caisson). At 65 feet tall, it’s the third light at this location and was placed there around 1914.

It’s privately owned but remains as a navigational aid in the Hampton area. The original Fresnel lenses have been replaced with modern lights. It has porthole windows and unique diamond-shaped panes in the lantern. This one's another lighthouse on the National Register of Historic Places.

Built in 1792, Old Cape Henry Lighthouse is one of the oldest in the country. It stands at 90 feet tall over the southern entrance to the Chesapeake Bay and used fish-oil burning lamps to light up the Bay. It’s in Fort Story Military Base, and an ID must be shown to get in, but it’s open for visitors to climb. On an interesting historic note, George Washington (yes, that George Washington) checked the lightkeeper applicant list to choose the perfect candidate. The lighthouse is a National Historic Landmark and is the official symbol for the city of Virginia Beach. 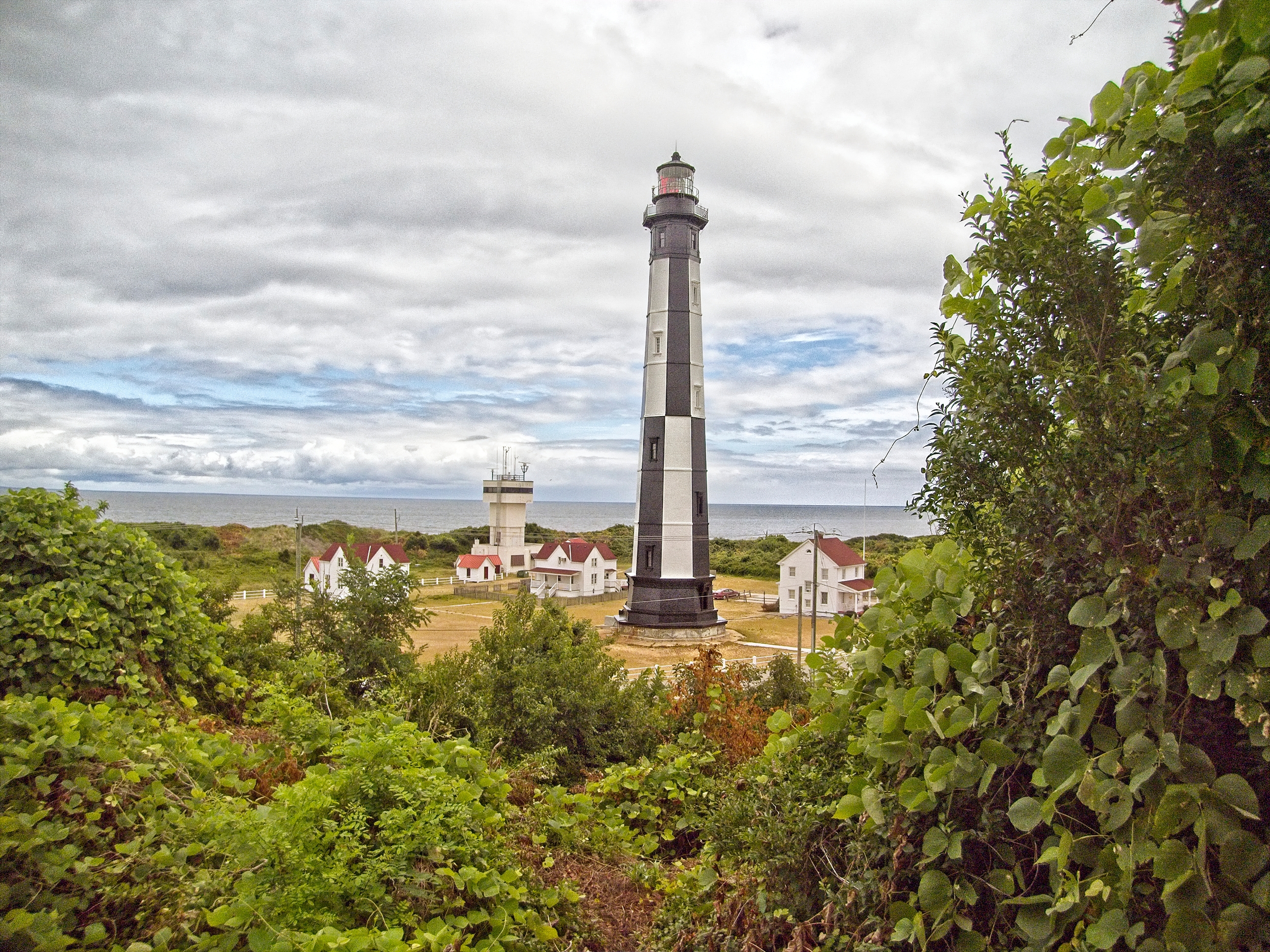 The New Cape Henry Lighthouse, with its black and white alternating panels, sits about 400 feet away. Built in 1881, it’s not open to the public but can be seen from Old Cape Henry. The 164-foot octagonal-shaped tower has been operated by the Coast Guard since 1939.

Cape Charles Lighthouse is 191 feet tall and the tallest in Virginia (and second tallest in the U.S.). Located on Smith Island in the Chesapeake Bay, it was deactivated in 2019 but still makes a great landmark for lighthouse lovers. It was originally built in 1895, but it didn’t have very good visibility. Today’s structure is the third on the site and can be seen from the Chesapeake Bay Bridge-Tunnel. So, if you’re on your way to the next lighthouse on our list, keep a lookout for it! 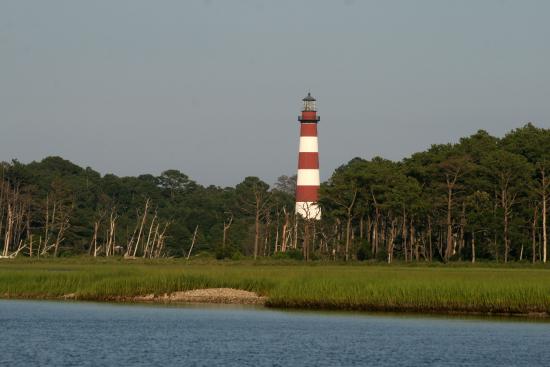 Assateague’s distinctive red and white stripes make it a picture-perfect beacon to add to your lighthouse list. It’s located off the coast of Virginia’s Eastern Shore at Chincoteague National Wildlife Refuge on Assateague Island.

Maintained by the Coast Guard, Assateague Light is 145 feet tall. It was built in 1833 and then rebuilt in 1866. Twin rotating lights flash one after the other and can be seen for 19 miles out to sea. Climb to the top for great views of Atlantic, Wallops Island, Assateague Beach, and the Eastern Shore. While you’re there, take a walk along the nature trails and check out the famous wild ponies.

Have you been to any of Virginia’s lighthouses? Which one is your favorite? Let us know in the comments.