Wouldn't we all like to have Dr. Beach's job?

Walking the beaches, surveying the sand, and researching water quality are all just a day at the office for this guy. Known as Dr. Beach, Dr. Stephen P. Leatherman is Professor and Director of the Laboratory for Coastal Research at Florida International University. Each year, over Memorial Day weekend, he puts out his carefully construed list of America’s Best Beaches to mark the beginning of the beach season.

Dr. Beach has been critiquing and selecting the best U.S. beaches since 1991. He has created a list of 50 physical factors to evaluate different aspects of each of the 650 public beaches across the U.S. on the Atlantic, Pacific, and Gulf coasts.

Criteria used to evaluate each beach includes things like water temperature, air temperature, rip currents, beach width at low tide, algae, presence of pests, litter, and amenities such as chairs and restrooms. Each of these physical factors then gets graded on a scale of 1 to 5. Bonus points go to beaches that prohibit smoking, as those butts are some of the biggest polluters in the ocean.

Dr. Beach has published 20 books and hundreds of scientific articles about erosion, storm impacts, and ways to protect the beaches and marine environment. He has appeared on the Oprah Winfrey Show for having one of the best jobs in America. We would have to agree. Check out his tips on social distancing at the beach. Now, let’s get to those beaches! 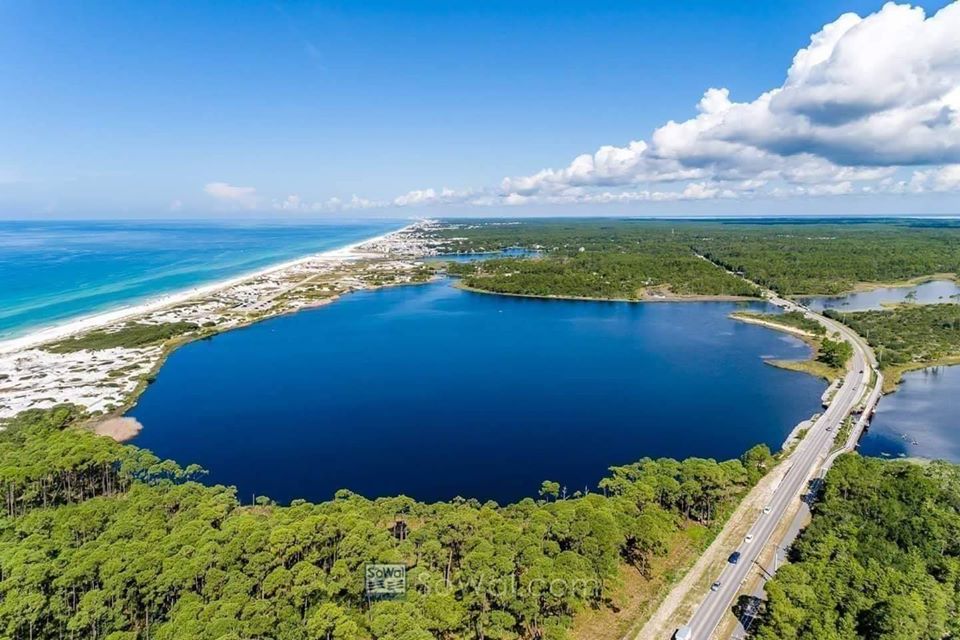 Located between Destin and Panama City Beach, Grayton Beach State Park is the winner for 2020. That crystal-clear turquoise water and fine white sand that supposedly “squeaks” as you walk through it probably played a big part in the decision. The 2,000-acre nature park is also great for fishing, camping, kayaking, hiking, and shell-searching. There are three coastal dune lakes (found only here and in Oregon) and a mile-long hiking trail through big sand dunes and oak and magnolia-filled forests.

With its pirate past (Blackbeard hung out here), secluded relaxation, and endless stretch of sand, it’s a no-brainer that Ocracoke Lifeguarded Beach comes in at second. It has garnered the top spot in previous years for its beautiful location and amenities such as lifeguards, restrooms, and shower facilities. Part of the Cape Hatteras National Seashore, Ocracoke Island is accessible by private boat or ferry.

The wide beach with grainy white quartz sand and large sand dunes gives Coopers Beach the number three spot. It’s on the south shore of Long Island, within sight of the mansions of the Hamptons. There are lifeguards and chair/umbrella rentals as well as a snack bar with drinks and lunch items.

Named for the Hawaiian swimmer and surfer, Duke Kahanamoku Beach is found on the widest stretch of Waikiki Beach at the west end. It’s protected by an offshore reef and features the iconic Diamondhead Volcano in the background. It has seen the number two spot on the Best Beaches list in previous years. Located nearby is the 5-acre Duke Kahanamoku Lagoon, which is popular for swimming and picnicking.

If you’re familiar with Outer Banks history, Lighthouse Beach is the beach where the Cape Hatteras Lighthouse used to be, before it was moved inland in 1999 to protect it from beach erosion. It’s considered by many to be the number one surfing spot in the U.S. Offshore sandbanks, known as Diamond Shoals, give it the large waves that surfers crave.

Number six is the super-soft and sparkling white sand of Caladesi Island State Park on Florida’s Gulf Coast. You can get to it by a pedestrian ferry boat or a private boat, though it’s not very far from land. It’s a closed inlet, so it’s not a true "island."

You can actually walk to Caladesi from Clearwater Beach. The two beaches are connected at Dunedin. It's about a two-mile walk, so you should be pretty invested in the walking aspect (and plan for high/low tide). There are a boardwalk and walking trails, as well as kayaking and canoeing trails through the mangroves. Birdwatchers love it for the wide variety of wading and sea birds found there.

White coral sand and black lava flows put Hawaii’s Hapuna Beach State Park at number seven. A true Hawaiian beach, the waves can get quite big, and there are strong rip currents. Lifeguards are on-site.

Coast Guard Beach has coarse sand and amazing views of the Nauset Spit barrier system and the bay. The water is pretty cold (60 to 70 degrees), so it may be one of those jump-in-jump-right-back-out types of swims. That view, though. It’s accessible by bicycle or shuttle bus from Salt Pond Visitor’s Center.

The super-wide beach, mild surf, fine sparkling sand, and Mediterranean-like climate give California’s Coronado Beach a solid number nine spot. The historic Hotel del Coronado, featured in Marilyn Monroe’s 1958 movie Some Like It Hot, sits watch over the beach. When you’re done in the water, you can sit and watch ships coming and going. Coronado has also gotten high marks from The Travel Channel and Family Vacation Critic.

A post shared by Preserve at Fenwick Plantation (@thepreserveatfenwick) on Oct 16, 2019 at 6:00am PDT

Coming in at number 10 is Beachwalker Park, found south of Charleston on the southern end of Kiawah Island. The beach has lifeguards, picnic areas, and chair/umbrella rentals. Go walking, bicycling, birdwatching, or kayaking through tidal inlets.

Have you been to any of these top 10 best beaches? Which one is next on your (sand) bucket list? Let us know in the comments.