During the day, Busch Gardens is filled with thrilling roller coasters, delicious food from all over the world, and the ultimate family-friendly fun. However, when darkness consumes the park, evil mass murderers, ghastly ghouls, and demonic clowns come out to play. 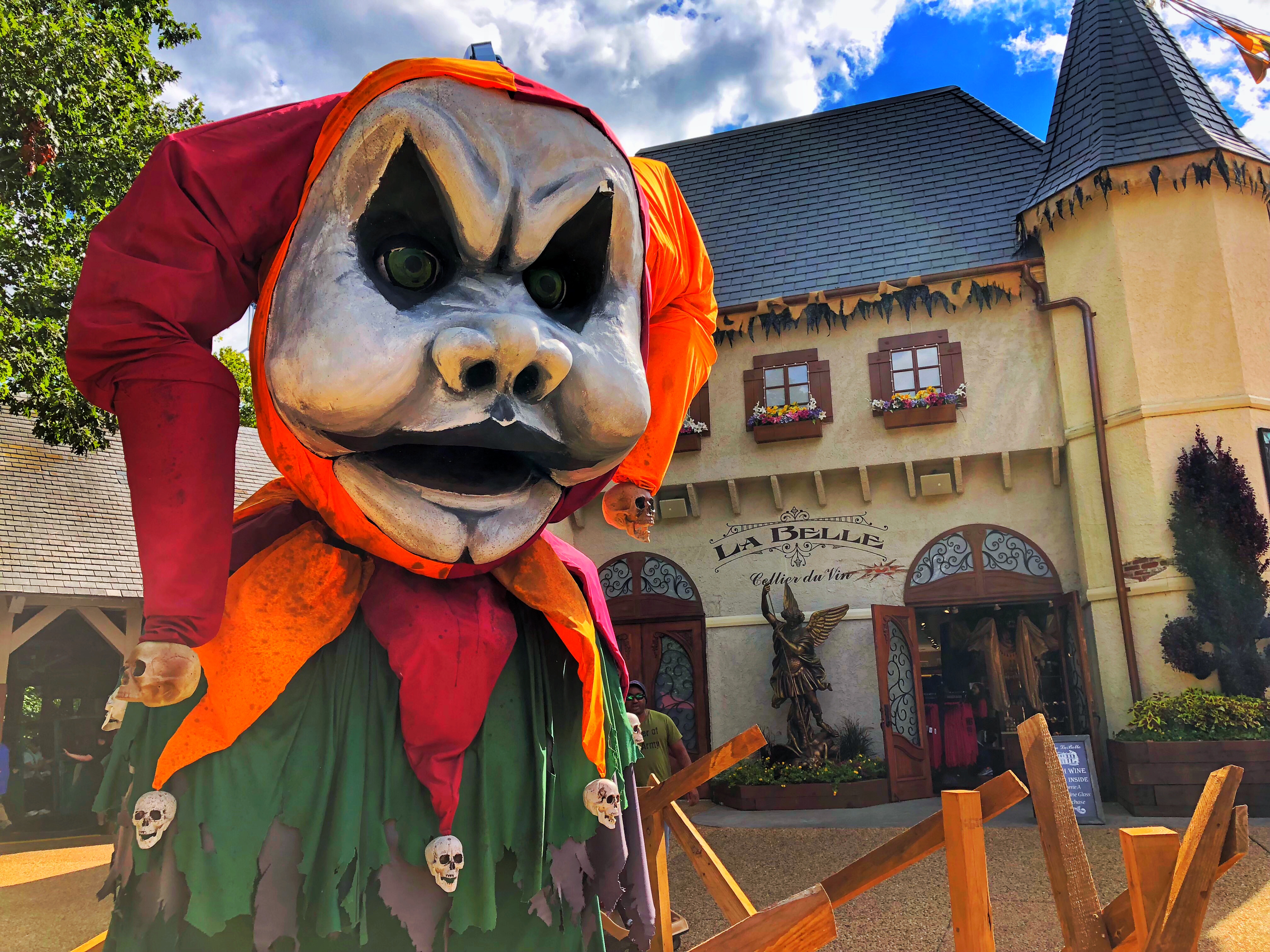 When the clock strikes 5 p.m., it becomes witching hour at the gardens. Busch Gardens is no longer a place for children frolicking in Sesame Street’s Forest of Fun -- and instead, it becomes a place where your heart races, the hair on the back of your neck rises, and your legs prepare to run for your life.

This year marks the park’s 20th anniversary of hauntings, and Busch Gardens is definitely ushering in a whole new era of terror. I’ve visited the park multiple times in the past couple of years and was impressed by how much had changed and how many new attractions Busch Gardens incorporated into their never-ending night of terrors. 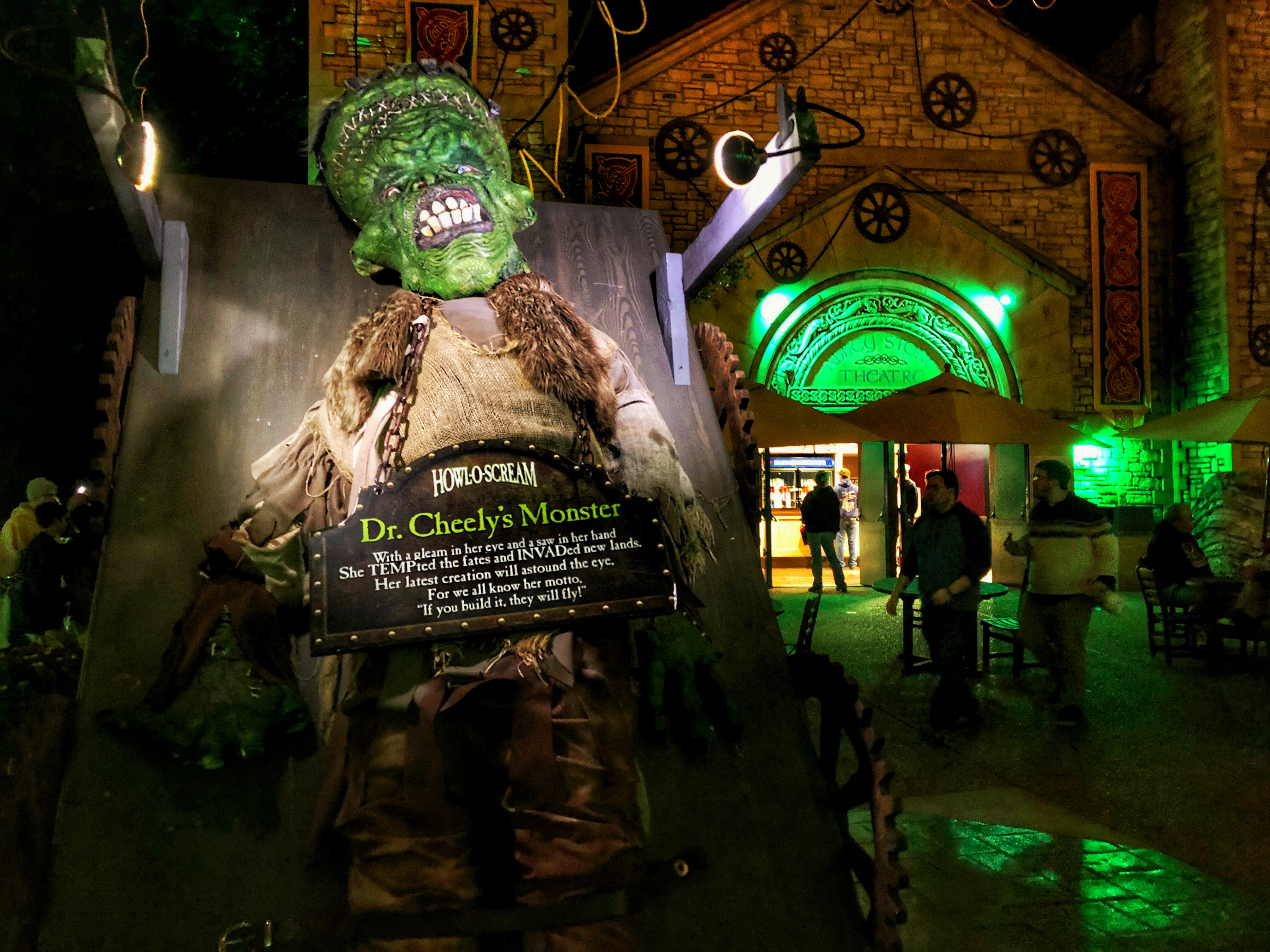 There are three new haunted houses that take you through some of your worst nightmares and deadliest thoughts. At the first house, Demented Dimensions, you’ll enter a new world where terror reigns supreme. Humans are hunted by monsters, aliens control the world, and ancient evils roam the earth once more.

Then, the second haunt, Vault: XX brings back some of the garden’s nightly favorites to join the wicked 20th anniversary celebration. Classic horror characters like the executioner from Dark Tower, the Mummy from Curse of Pompeii, and Little Dead Riding Hood from Deadtime Stores all emerge from the shadows to haunt your nightmares one last time.

Lastly, Dystopia centers around a post-apocalyptic world where you’ll have no choice but to surrender to the new world order. You can run and hide, but it’ll be no use. They will find you and make sure you never feel a thing ever again.

Since we went during peak hours, the lines were extremely long, and we were only able to make our way through two terrifying haunted houses: Frostbite and Cornered.

Both of these attractions are based/set in Germany, which is transformed into the blood-thirsty realm of Transylvania. Here, the undead, bloodsucking vampires serve you alcohol in syringes and attempt to transform you into one of their own. 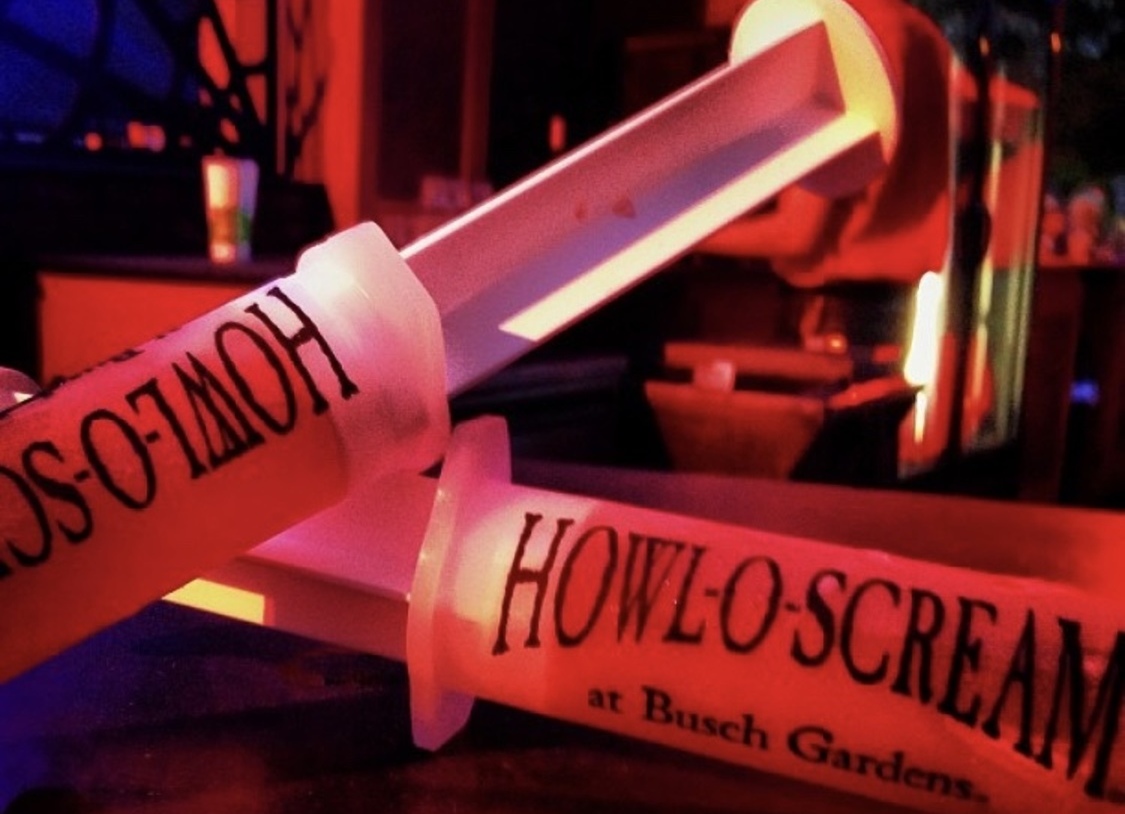 At Frostbite, we walked through a fortress of ice to discover that the walls had a mind of their own. The closer we got to the heart of the castle, the closer we came to our icy demise and the farther we traveled from reality. Fans of Game of Thrones will definitely appreciate the chilling references found in the castle. That is – if you’re able to avoid closing your eyes and screaming for your life.

After warming up from the icy temple of doom, we took a haunting stroll through the dark and cryptic cornfields of Cornered. We traversed the McCobb Farm’s maze of maize in search of answers about the mysterious disappearances of the city’s residents. However, we didn’t do much detective work before we too fell victim to the horrors lurking behind the corn. We were cornered by some chilling creatures and could only run through the fields to save ourselves. 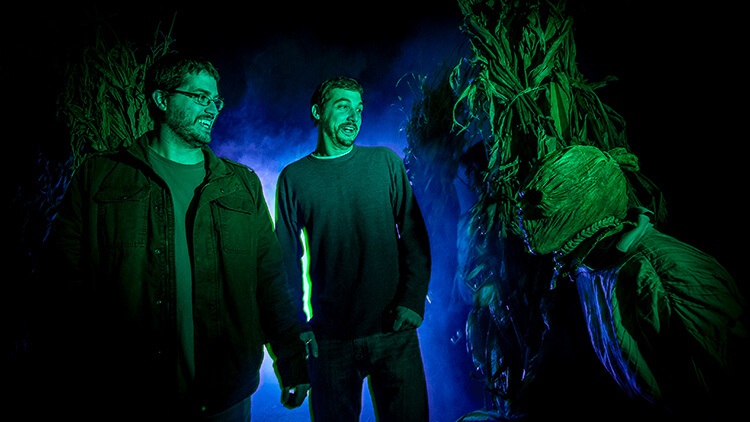 The best part of Busch Gardens is that the haunts never retire. After traversing through a bone-chilling haunted house, our time with the undead was far from over. We simply entered one of six “terror-tories,” where we were hunted, stalked, and pursued by some of the most terrifying creatures on the planet. Twisted jesters played tricks on our minds in Fools’ Court, the dead tried to bring us to the afterlife in Garden of the Souls, the spirits of Norse warriors unleashed their terror on us in Axe Alley, the evil clowns of Sideshow Square gave us the creeps, and the notorious murderer, Jack the Ripper, was out for our blood in Ripper Row. 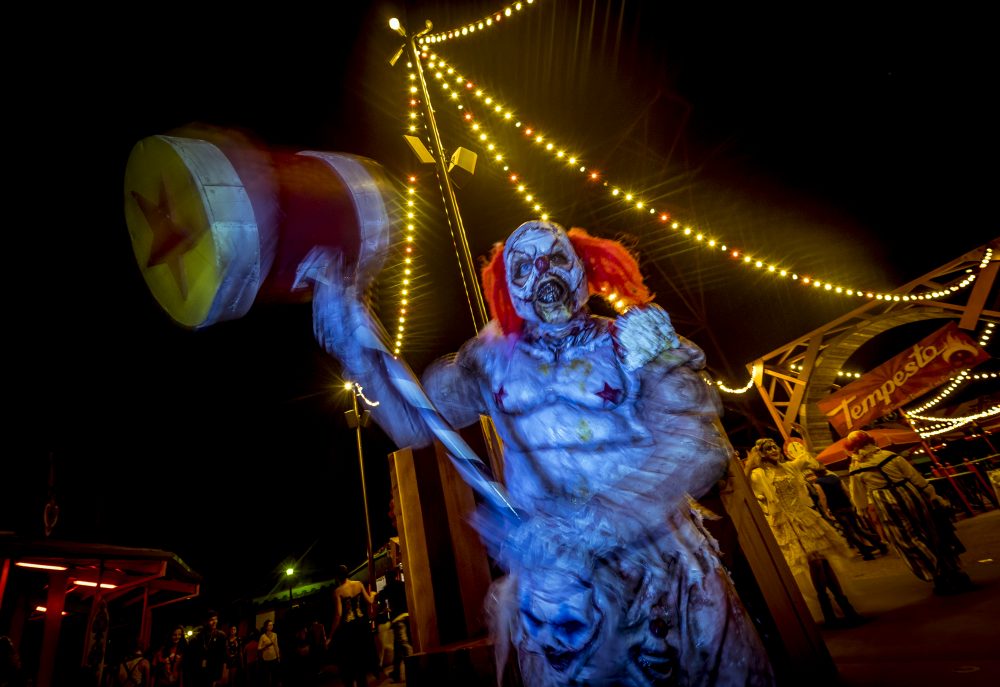 If you’re a lover of the haunts, you should definitely emerge yourself into the gloom and doom of Busch Gardens. With seven haunted houses, six scare zones, three mystifying shows, and two escape rooms, you’ll be in for the scare of your life.

Busch Gardens is located at 1 Busch Gardens Boulevard, Williamsburg, VA 23185. Howl-O-Scream is only open through Sunday, October 28. Check out their website for more information.

Let us know if you’re heading to Busch Gardens this Halloween, and be sure to watch your back – malevolent spirits are lurking at every corner.

We're working our way around the best haunted attractions in the DMV!

Check out our Haunted House Stop # 1 -- Shocktober in Northern Virginia!

And then check out our Haunted House Stop # 2 -- Field of Screams in Maryland!