Whether you're a Civil War buff or simply want a good road trip, head to Manassas National Battlefield for some history, light exercise, and a nice drive.

Northern Virginia is an area ripe for exploring if you're a Civil War buff. There are quite a few battlefields and memorial markers in the area or within a fairly easy drive. Today, let's take a look at one that's right in your own backyard, so to speak. Manassas National Battlefield makes a great educational day trip, and if history isn't really your thing, it also makes a great winery day trip.

Manassas was the site of two battles during the five years of the Civil War: the first in July of 1861 and the second over a year later in August of 1862. These battles are often referred to as the First Battle of Bull Run and the Second Battle of Bull Run, and both exacted a heavy casualty toll on both sides. Both Route 29 and Route 66 will get you down to the area, and admission to the battlefield is free. If you've never been to the battlefield before, make sure to take Sudley Road to the Henry Hill Visitor Center. 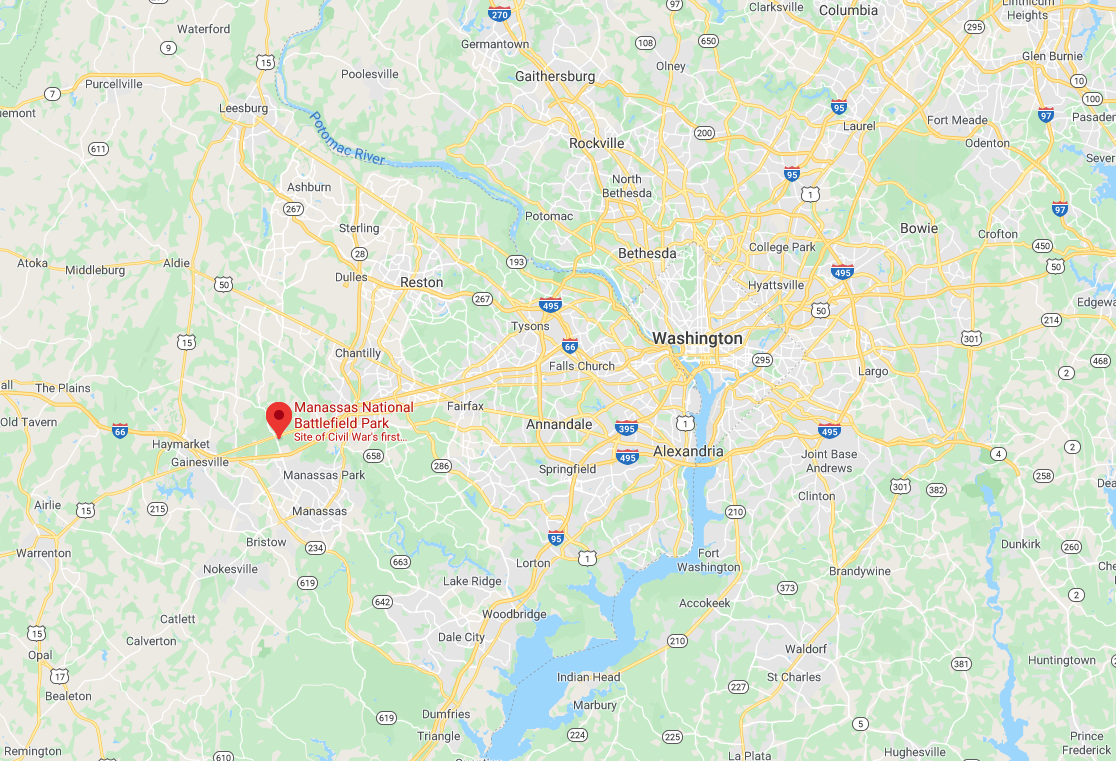 The Visitor Center is open daily, except for Christmas and Thanksgiving, from 8:30 a.m. to 5 p.m. There is a short film, museum exhibits, and a bookstore, and this is a great place to pick up a map to guide your tour of the battlefield.

From the Visitor Center, there is a 5.5-mile hike on the First Manassas Loop Trail that follows much of the travel of the troops during the first battle. It does cross Route 29 (which can be very busy), but it takes you across the stone bridge over Bull Run and past Pittsylvania, Marshall Hill, Stone House (which is open on weekends), and Henry House. If 5.5 miles is more than you'd like, there is a shorter loop you could walk instead. The Stone Bridge Loop Trail is mostly wooded trails and a boardwalk, so it bypasses a lot of the historical (and unshaded) battlefield plains.

There are also monuments and markers that you can see near the Visitor's Center if walking isn't your style. You can drive through parts of the battlefield, too, though you won't see as much of the history as you can walking. 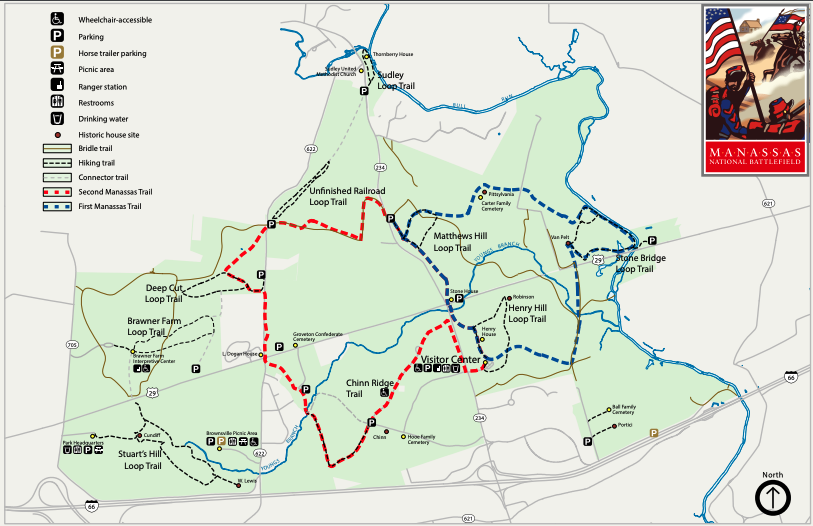 If wine and/or craft beer is more your style, this trip is definitely still your style. The Winery at Bull Run is visible from the Stone Bridge parking lot on the battlefield. Fairfax County's only other winery, Paradise Springs Winery, is only a 26-minute drive away if you want to hit both. Or, the Two Silos Brewing Company is another 25 minutes southwest of there. Any of these could make a nice stopover to end your battlefield visit, but if you're planning to hit all three, remember your designated driver!

Have you been to the Manassas National Battlefield? Any other recommendations for good NoVA road trips we should take? Tell us in the comments!

Have you done this road trip? Tell us what you think in the comments!