Talk about a scenic "road trip"!

Colorado has seen its fair share of visitors over the last few months, but not all of them have been of the human variety. Squeaks is a sub-adult male mountain lion who is GPS collared and has had his adventures tracked by the Pueblo of Santa Ana Department of Natural Resources in New Mexico. In social media posts shared last week, it was revealed that Squeaks took on a 558-mile journey since late summer, making his way into Mesa Verde National Park in Colorado.

Squeaks left his hone range in late July and first made his way into Colorado in August. He hung out along the Florida River for a while and tried to make his way north, but ended up traveling west and found his way into Mesa Verde. Despite several attempts to head northward, Squeaks got deterred by open agricultural fields and areas of low-density development. Mesa Verde offers 52,000 acres of protected space, and he seems to be making himself comfortable there for now.

This video shared by Colorado Parks and Wildlife Durango shows Squeaks as he stops for a drink out of a water trough south of Mancos, Colorado:

The map below shows the route that Squeaks has traveled on his almost 600-mile trek. 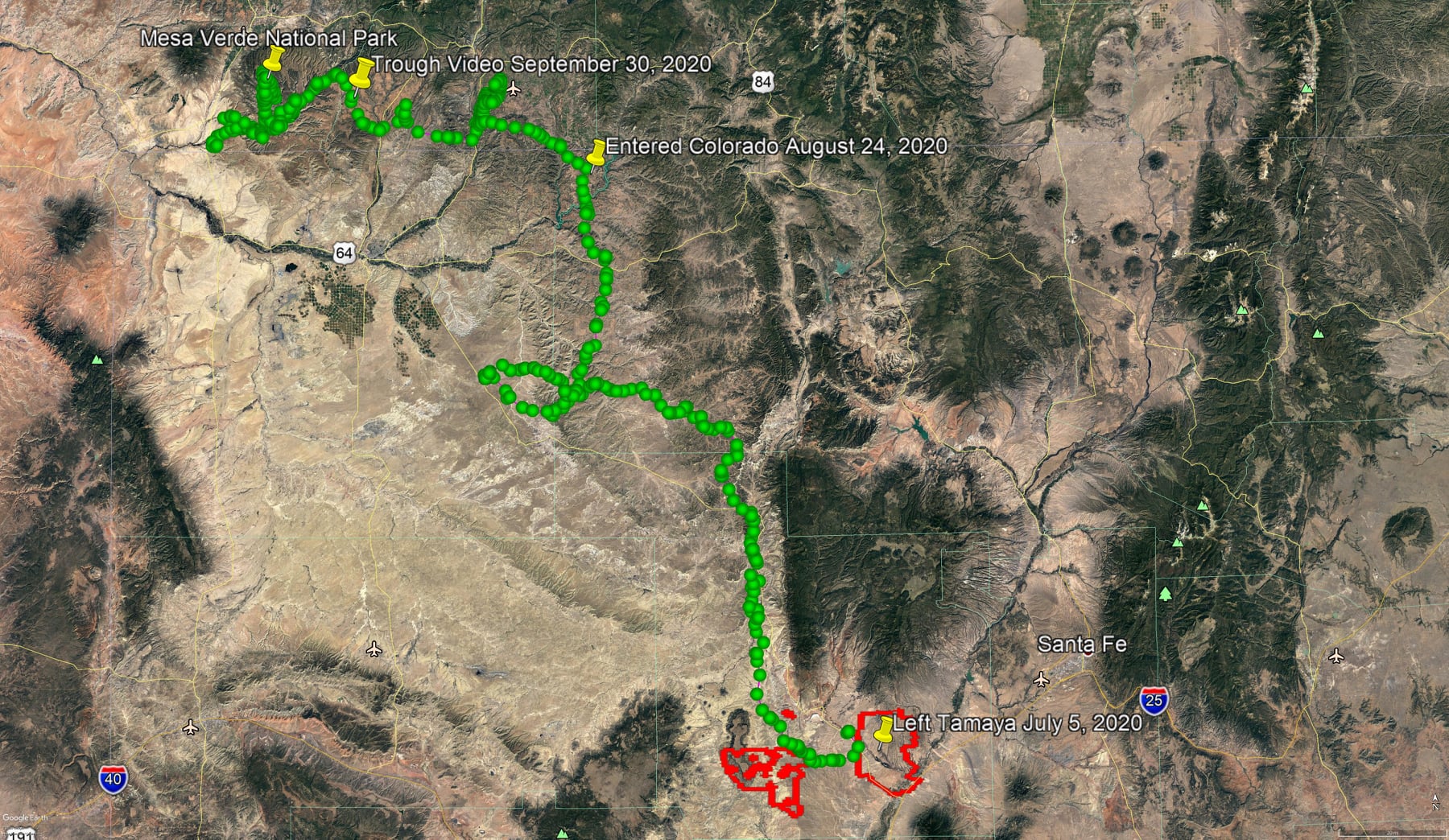 Courtesy of the Santa Ana Department of Natural Resources (Facebook)

Whether or not Squeaks will make Mesa Verde National Park his forever home remains to be seen. After the trek he made to get there, it seems reasonable that he would hang out for a while. We can’t say as we blame him, as it's one of the most beautiful places in Colorado!

Mountain lions are one of North America’s biggest cats and usually stay closer to home than Squeaks has—a range of about 10 to 370 square miles, according to Colorado Parks and Wildlife.

What do you think about the long trip this mountain lion made? Did you know they could travel that far? Sound off in the comments.