Here we go! Super Nintendo World is finally opening at Universal Studios Japan on March 18; however, to make your way through the warp pipes, guests will have to follow a strict set of coronavirus (COVID-19) guidelines.

Over the past year, Super Nintendo World has been teasing fans with sneak peeks into its many rides, attractions, and delicious treats. On opening day, the park will invite fans through some of their favorite video games as they explore never-before-seen treasures. One of the biggest rides to open will bring popular Mario Kart tracks to life and place fans right in the driver's seat. On this ride, guests will race to victory with their favorite characters all the while dodging Koopa shells and squashing the competition.

Some other rides in the park include Yoshi's Adventure Ride, which is a slower, family-friendly ride that takes guests through the colorful world of Yoshi's Island. The ride is both indoors and outdoors, giving riders a perfect view of the entire park. Along the way, guests can find Yoshi eggs and even spot some Easter eggs that reference other popular video games.

The park not only includes rides, but it's also an entire interactive play area. At Super Nintendo World, guests can purchase Power Up bands that feature their favorite game characters. These Power Up bands allow guests to virtually access the world of Super Nintendo and take on challenges throughout the park. Through the challenges, guests will earn virtual coins and items as they help Peach recover the Golden Mushroom and take on the final boss battle against Bowser Jr.

To recharge guests on their journey, Super Nintendo World also hosts some delicious, game-inspired snacks. Guests can stop for fuel and health at Kinopio's Cafe where they can try a Mario Bacon Cheesburger, Super Mushroom Pizza Bowl with Mushroom Tomato Sauce, Piranha Plant Caprese, or a "?" Block Tiramisu. 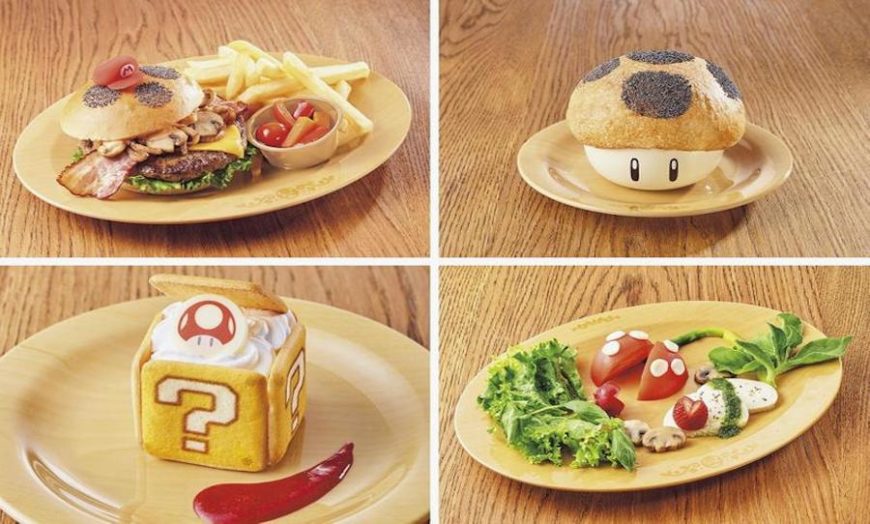 "Universal Studios Japan has continuously engaged with the industry and various associations to establish and update the 'Novel Coronavirus Spread Prevention Guidelines for Theme Parks and Amusement Parks,'" the park said. "The health and safety of our guests and team members have been and will continuously be our top priority at Universal Studios Japan and we are taking thorough sanitization enhancement measures in accordance with the guidelines and taking advice from health care authorities and medical experts."

Although Super Nintendo World will debut on March 18, the park is already hinting towards a new Donkey Kong expansion. In the north part of the park, there's a hidden locked door much like in most Nintendo games. The secret door is yellow and red and looks very much like Donkey Kong's iconic design. The new area is rumored to be based on the Donkey Kong Country games and will include a mine cart rollercoaster ride. 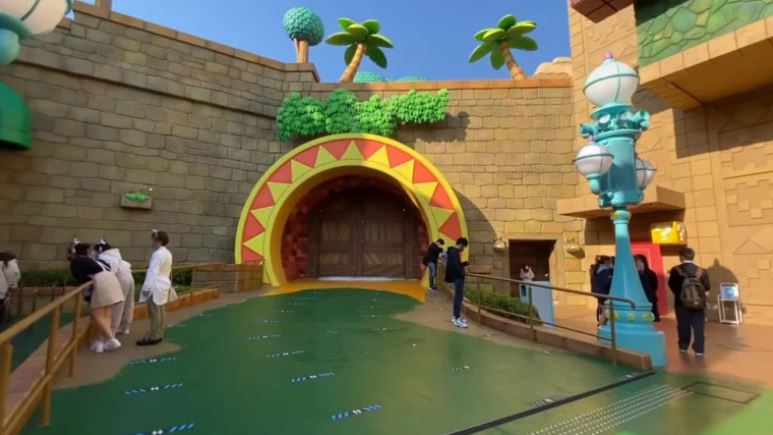 Do you plan on taking a trip to Super Nintendo World? Let us know which attraction you're most excited about in the comments.