I drove the 2020 Subaru Legacy Touring XT, and here's the verdict.

The 2020 Subaru Legacy Touring XT is the type of car I would imagine real CIA or MI6 agents to drive; its conservative styling lends itself to blending in with the masses, its 260-horsepower turbocharged boxer flat-four produces enough usable power to get you out of a "situation," and its symmetrical all-wheel-drive system makes chasing suspects up a curvy gravel road all that much easier. For day-to-day civilian use, however, the Legacy Touring XT is even more aptly prepared—just crack the driver's side door and it's instantly clear why.

Enter the vehicle, and you'll find that the Legacy's interior, while familiar to other Subarus, is absolutely covered in rich, soft-to-the-touch Nappa leather. The seats envelop you, and the heated, leather-wrapped steering wheel is enough reason to protest self-driving cars. With 1-cubic-foot more interior space than the previous generation and 1.4-inches more legroom in the rear, the Legacy's airy cabin is a nice place to be, and your passengers will enjoy plenty of personal space, regardless of their seating arrangement.

In terms of luxury-essentials, like roominess, how the materials feel to the touch, and interior construction, the Legacy Touring XT can easily fool you into thinking it's more upscale than the $36,795 price tag would suggest. 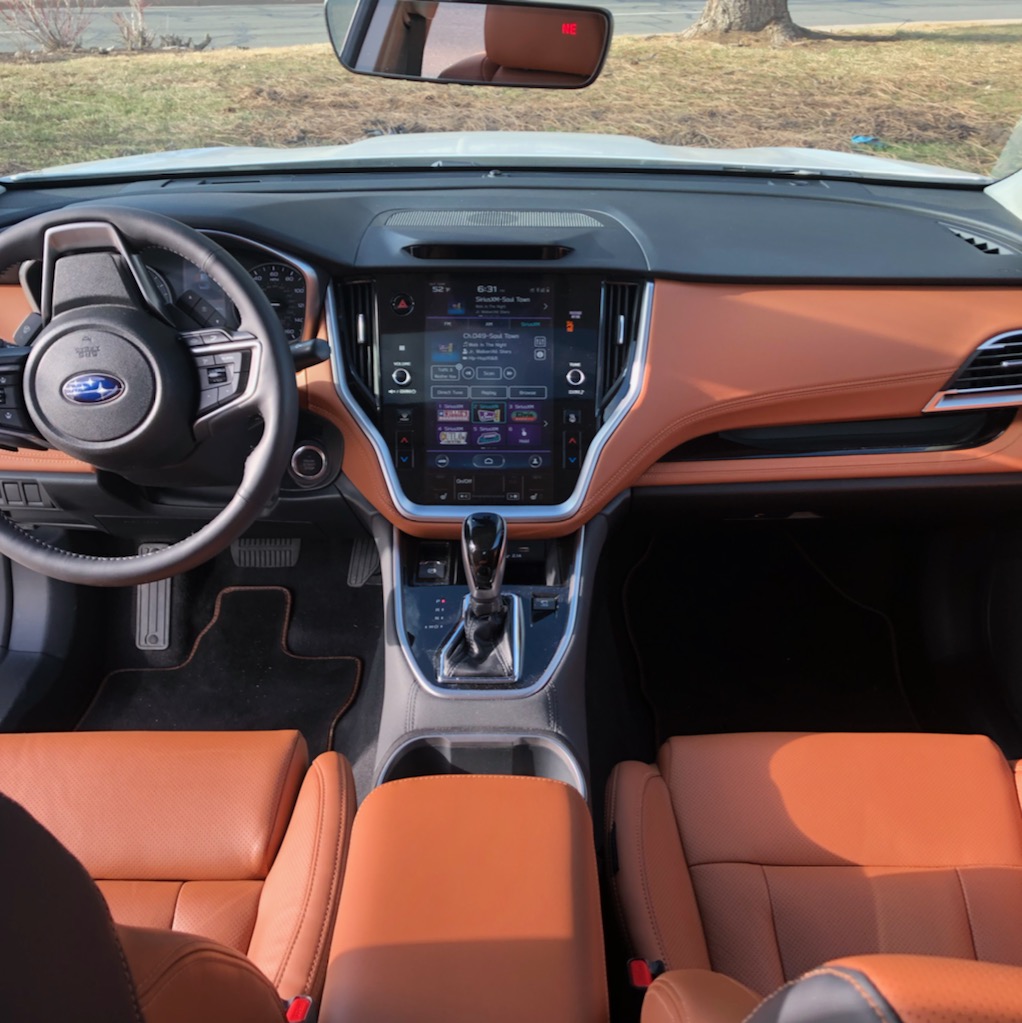 Driving the Legacy is equally a comfort-oriented experience. Though it's lighter than the old model, the Legacy Touring XT isn't particularly nimble or lively. Rather, it's comfortable, compliant, and undramatic cruiser, with great composure that's plenty capable of putting you into ticketable range on any mountain road. Of course, that's thanks in part to the engine. The Legacy's tried-and-true 2.5-liter direct-injected turbocharged boxer engine makes gobs of power and that addicting boxer exhaust note—impressive for an all-wheel-drive vehicle that still manages to take you 32 miles on a gallon of Texas tea.

Downsides of this low-key luxury sedan include the tech and for driving snobs like myself, the transmission. Our test model came equipped with the automaker's all-new SUBARU STARLINK multi-media 11.6-inch touch screen, which houses menus for the HVAC system, navigation, Apple CarPlay, and the like. However, in my week with the Legacy, I had issues connecting my admittedly old iPhone 8 to the infotainment system, and there's a noticeable lag to your input, which must be made very accurately. 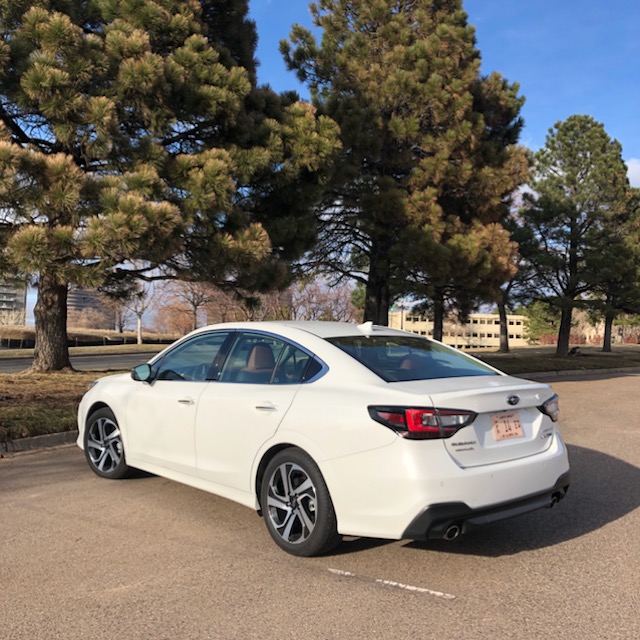 As for the transmission, at a full-sprint, I found it a bit on the lazy side, which when coupled with turbo-lag, didn't really make for a spirited driving experience. But like 90-percent of its buyers, it's end goal is efficiency over performance. Give it 65-percent throttle and both car and driver will be happy campers.

Regardless, neither of these issues are fatal flaws, and the Legacy Touring XT proves to be one of the most comfortable and mechanically reliable in its class. At its core, it's a great all-arounder that offers all of the latest driver-safety and shines in most tasks you throw at it, especially if they include snowy roads. Me? I'd buy one just for its Nappa leather-wrapped heated seats.