We drove a diesel Wrangler Rubicon, and this is what we thought.

Like that loud, good-hearted friend who lacks any filter, the vulgarity and capability of the current Wrangler Rubicon EcoDiesel reminds us that character is, in fact, higher than intellect. However, that's not to say this Jeep lacks in terms of technology—it features all of the latest driver-aid technologies and infotainment party tricks—there's just something delightfully truck-like about it that's becoming increasingly hard to find amid today's offerings.

And now that it's offered with the VM Motori's 3.0-liter turbodiesel V6, the Wrangler Unlimited Rubicon Diesel isn't just great—it might be a "once-in-a-generation" rig.

If you're reading this, you're likely familiar with many of the Wrangler Rubicon EcoDiesel's bragging points; you can take the roof and doors off; it can ford 30-inches of water; it has electronically locking front and rear diffs; a solid front axle. You may even know that this particular Wrangler produces 260 horsepower and 442 lb-ft of torque while eeking out an impressive 29 miles per gallon on the highway. 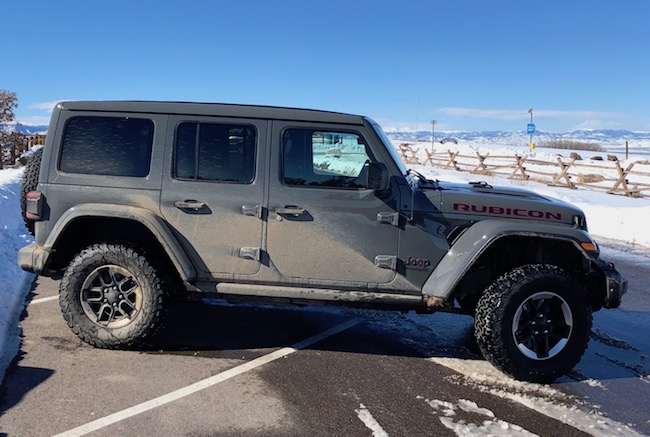 So, what I'm here to tell you is that, yes, it's every bit as good as it sounds.

Wranglers and diesel engines go together like campfires and whiskey, and in the case of the Wrangler Unlimited Rubicon? They're meant for each other. With 442 lb-ft on tap, the EcoDiesel scoots like a dog chasing a squirrel. Peak torque hits at 1400rpm and stays flat up through the rev range, hustling you within a ticketable-range—complete with all of the jet-turbine wooshing that turbodiesel engines grace us with, like no Wrangler before it.

On the other end of the spectrum, if you have the self-control necessary to keep your foot out of it, and the Wrangler Rubicon Unlimited EcoDiesel will easily make good on its promise of 29 miles per gallon. In my week with the Jeep, I took the rig from our south Denver location to grab a burger at Bud's Bar in Sedalia—one of those rare time-capsule places where $3.90 gets you a cheeseburger and a war story—and back. Depending on how you go, it's about 40 miles of mostly 55-mile-per-hour cruising with remarkable mountain views, several stoplights, and some city driving on either end. The result? A trip computer reading of 32.6 miles per gallon. 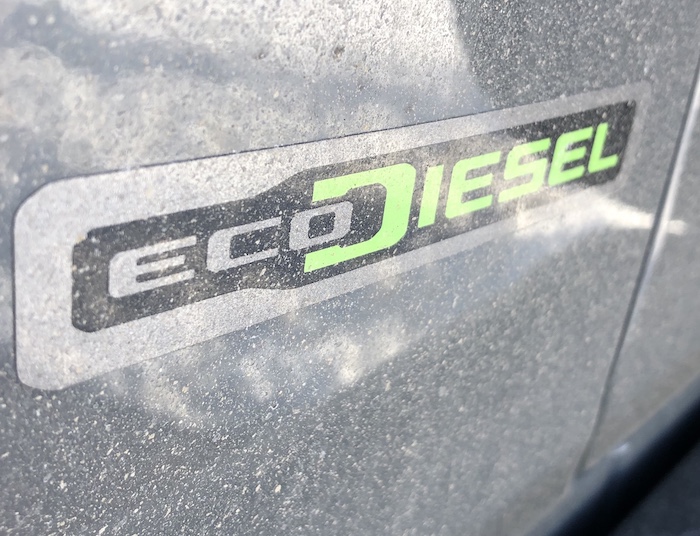 Criticisms of the Wrangler Unlimited Rubicon EcoDiesel include the flaws that are characteristic of Wranglers, in general. Vague steering that likes to wander, a somewhat truck-like ride, and handling characteristics that are better suited for the trail rather than the track. It's also somewhat on the noisy side at idle/low RPM, which could be a turn off for some of those who aren't looking for that big rig soundtrack. However, despite all of these things, I can't say that I was ever uncomfortable behind the wheel, even after a few hours of driving.

At $64,380 MSRP, our test model isn't for bargain hunters as much as it is for well-to-do Sasquatch hunters, but hey, we're just happy it finally exists. There's nothing else out there that offers this much off-road capability, efficiency, and character—so yes, I'll still pay it.