The Everyday Dually: We Drove the All-New RAM 3500 Limited

The Everyday Dually: We Drove the All-New RAM 3500 Limited

We spent a week driving the 2019 Ram 3500, one of the biggest and burliest beasts on the road.

When it comes to trucks, the Ram 3500 blurs the line between civilian and commercial use. Our test vehicle, a 2019 Ram 3500 Limited dually long-bed, featured the 'beast' in-class 6.7-liter Cummins, producing 1000 lb-ft of torque, which makes it the first of the bunch to hit the four-figure mark. Ram credits new, lighter (yet stronger) pistons outfitted with low-friction rings, forged connecting rods, a beefed-up valvetrain, and a huge twin-scroll snail (turbo) for the achievement. All we can say is that when that turbo hit, it hustled like an NFL D-lineman. But there's so much more to this truck than sheer muscle. 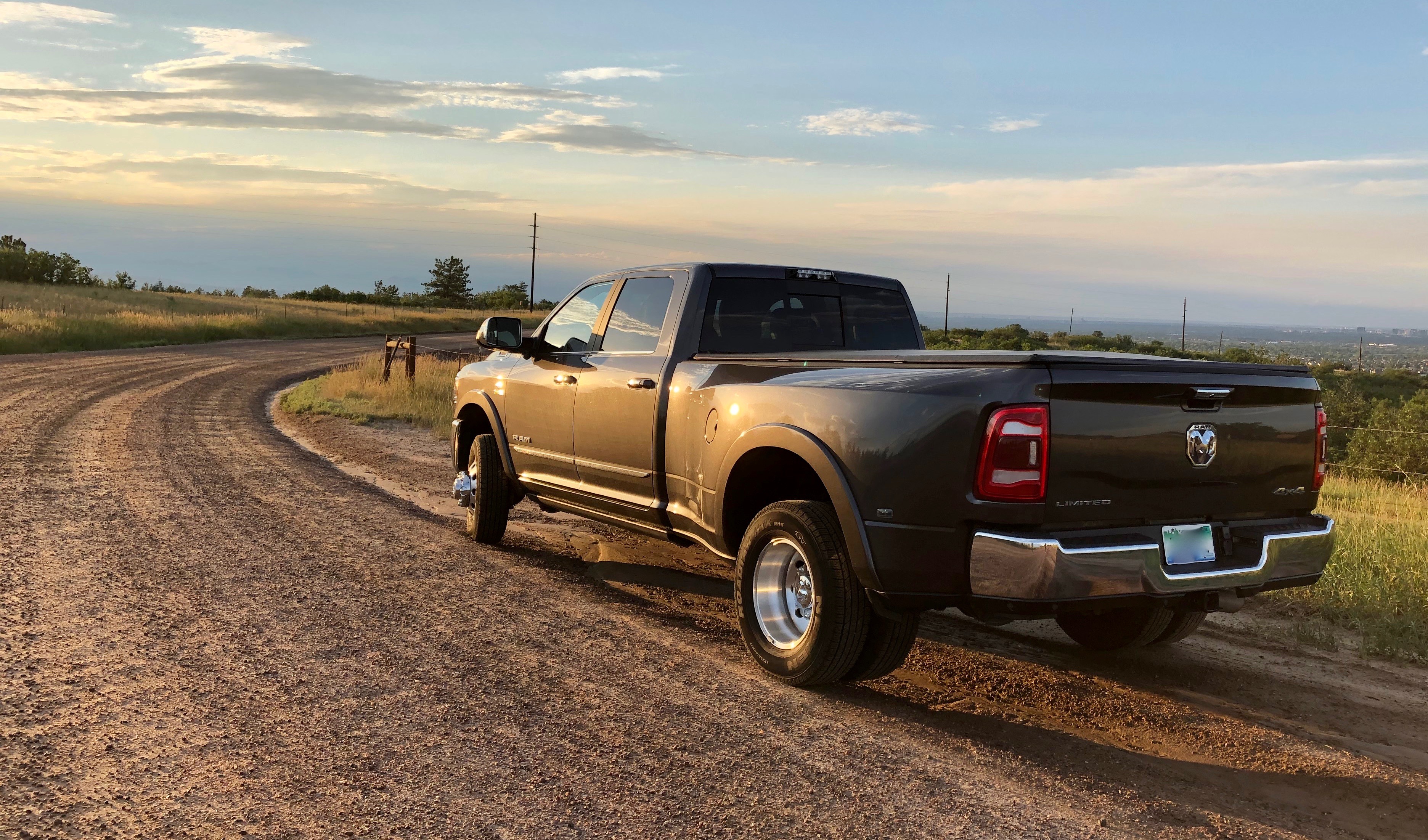 Sitting on top of a high-strength, steel frame with a pair of Active-Tuned Mass Modules—like those found on the 1500—and active noise canceling, is an all-new body with the lowest coefficient of drag (0.41) ever achieved by a Ram HD truck. When we were driving it around town, it was quiet (we might even say too quiet) as there was hardly any vibration or even turbo noise. We're told that even the HVAC system was re-engineered to operate more quietly.

For a 1000-lb-ft monster of a heavy-duty truck that can tow 30,000+ pounds, it was all very polite. Not to mention, the Ram's all-new interior impressed us with its abundance of high-end materials, ventilated leather-wrapped seats, wood-grained steering wheel, the 8.4-inch touch screen/Uconnect system, which alerted me of a severe thunderstorm in Douglas County, and more camera views than a casino in Vegas.

The only issue I experienced in my week with the truck was with the wireless phone charging feature. Sometimes, it would take me a few tries to get it to charge, and if you don't have a thin case, it's not going to work. 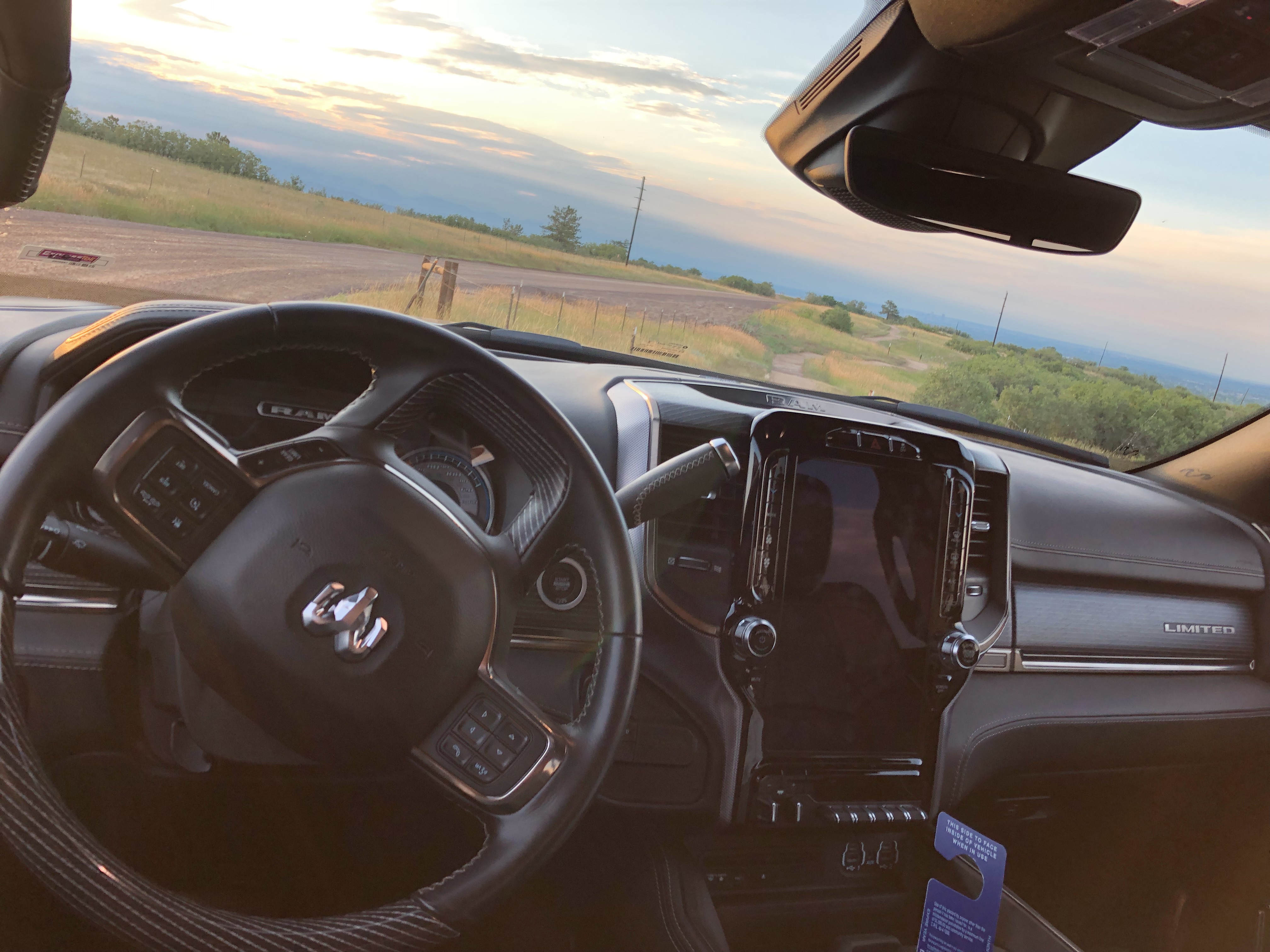 Despite all of this lux, the truck still feels like a 3500. At nearly 22-feet in length, the Ram 3500 still gives you an excuse to wear a trucker's snap-back. It's definitely tolerable in day-to-day use—even by the girlfriend's standards. I'd have no problem hauling a loaded up gooseneck trailer in this thing. 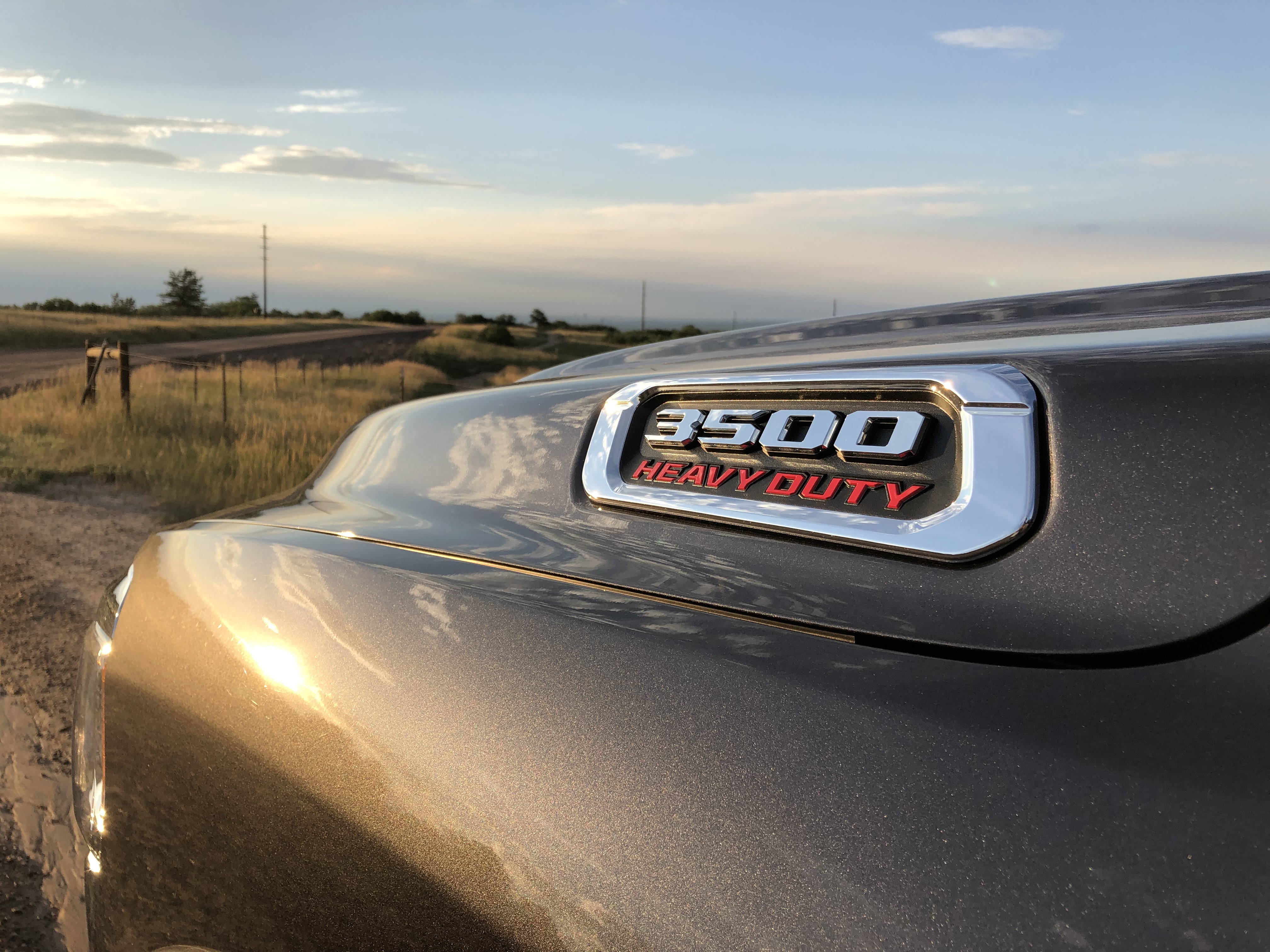 Speaking of price, our test vehicle came in at $87,810, meaning the 3500 Limited definitely isn't cheap. Then again, you're getting two vehicles in one: a luxury vehicle and a truck that can tow—it's just that this one errs on the side of towing.

What do you think? Have you driven the all-new Ram 3500 Limited? Sound off in the comments below.