The Mercedes-Benz Sprinter 2500 4x4 Is Full of Potential

The Mercedes-Benz Sprinter 2500 4x4 Is Full of Potential

We were thrown the keys to a Mercedes-Benz Sprinter 2500, because why not?

When it comes to work vans, RVs, or moving a platoon, the Mercedes-Benz Sprinter Chassis is often the preferred chassis. Offered in over 30 variants, our Sprinter 2500 4x4 was of the 12-passenger variety and came fully-equipped with the high-roof option, crosswind assist, hill assist, and last but not least, blindspot detection. The Sprinter is also the only 4-wheel-drive van offered in its class, meaning it has the off-road chops to take its passenger well out of cell-tower range, so it was only right to head west into the Rockies.

But first, let's get a few of the basics out of the way. With roughly 8-inches of ground clearance, climbing into our Sprinter 2500 4x4 could be described as "bouldering". Once you've comfortably settled behind the wheel, the Sprinter's height, short nose, and large windshield provide excellent visibility–a must for RVers looking to drink in mountain views. As for the rest of the interior, everything seemed durable and work-oriented. In this way, the Sprinter falls behind the others in the class, which offers captain's quarters that more closely resemble a civilian-use vehicle, but that's where the criticisms end.

I embarked from the usual south Denver HQ, headed south and then west on C-470 for a taste of easy-going highway driving—a task the Sprinter and its fuel-sipping turbocharged 3.0-liter diesel made light work of. Despite some wind and the usual traffic, the Sprinter maintained its composure without any of the drama typically of commercial vehicles (i.e., keeping rattles to a minimum, maintaining a comfortable ride, and keeping the outside world's soundtrack decently muted).

Seemingly unaffected by any of the light bursts of wind typical of highway driving, it felt right at home humming along at 65 miles per hour and returned an impressive 20 miles per gallon. Not bad for a vehicle that weighs 9,000 lbs and offers more cubic-feet than most Capitol Hill apartments.

Eventually, however, it was time to take on I-70 West and head into the mountains. Again, the Sprinter's 3.0-liter turbocharged diesel and controlled driving dynamic made driving in the mountains as easy as a cool mountain breeze. No special tactics were required, and passing (even while traveling uphill) always remained a viable option. Going downhill, the big Benz's powertrain held the rig steady without having to downshift or cook its 4-wheel disc brakes. It wasn't long until quite a few miles were behind me and I had arrived at the next leg of the journey, the Central City Parkway.

The parkway is 8.4 miles of curvy mountain asphalt that connects I-70 to the old mining town-turned-gambling hub of Central City. Not surprisingly, the van doesn't provide much in the way of steering feedback, but throw it into a few curves and it handles the challenge with impressive competence. To compliment, the brakes never felt over-stressed and brought the rig into comfortable cornering speeds, much in the same way a large SUV would. It was this moment that I knew the Sprinter, despite its $61,000 price, would undoubtedly be my choice chassis if I were ever to catch the RV bug. 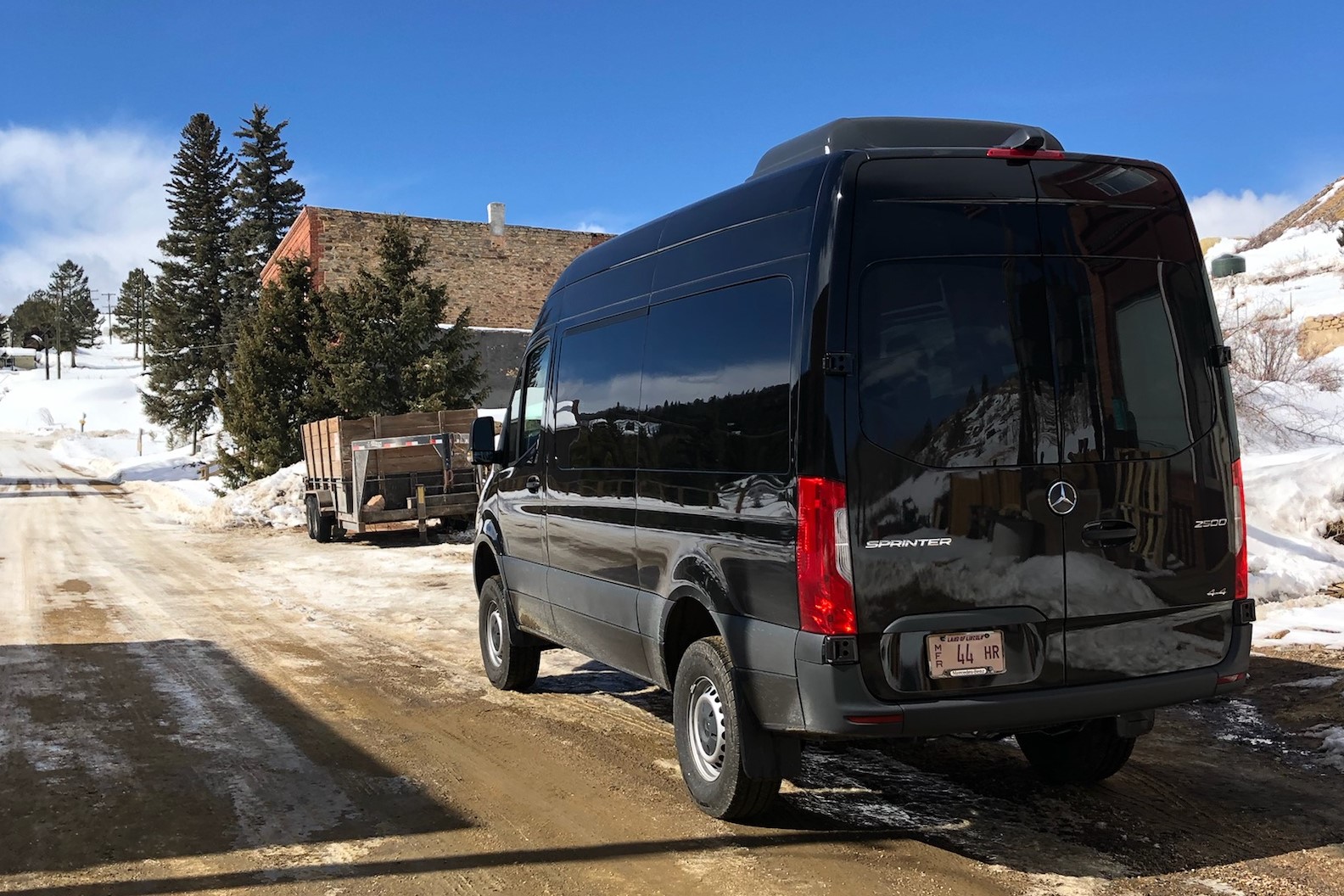 Lastly, no trip to the mountains is complete without getting off the pavement a bit. So I made a quick jaunt up wandering a dirt road—only lightly covered with patches of snow—to the old mining ghost town of Nevadaville, passing the old mines, and taking in the eerieness and beauty that comes with these types of places. At one point, it was a town of over 50 buildings and 1,000 residents, but like so many of Colorado's historic mining towns, the local economy dried up when the mines went bust. 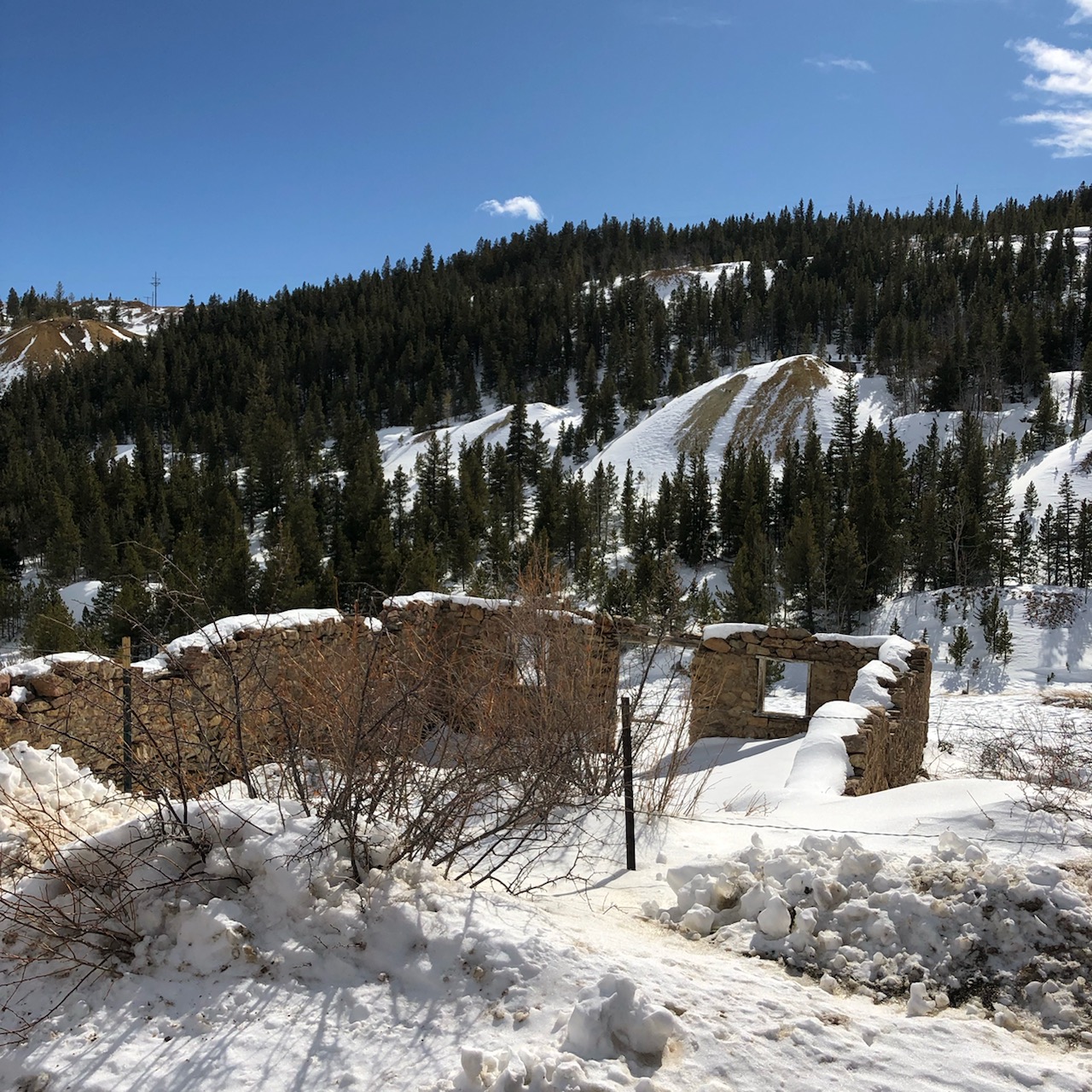 When it was time to turn around and head back to Denver, a standard three-point-turn did the trick—yet another feather in the Sprinter's already ornate hat.

The Many Kinds of Roasted Pumpkin Seeds Will Change Your Life