This 'COVID-Free' Italian Town Is Selling Abandoned Homes for $1

This 'COVID-Free' Italian Town Is Selling Abandoned Homes for $1

You've probably seen the ads already, and while they might sound too good to be true, the rumors are legit. Italy is selling abandoned homes for a dollar. So if you have ever dreamed of exploring Italy or even moving there, now might be your chance!

Salemi's picturesque beautiful town in Sicily is joining the ranks of several other cities in Italy that are auctioning off homes at unbelievable prices. Some other notable cities include Ollolai and Binovia. This is being done all in the effort to rebuild the town. 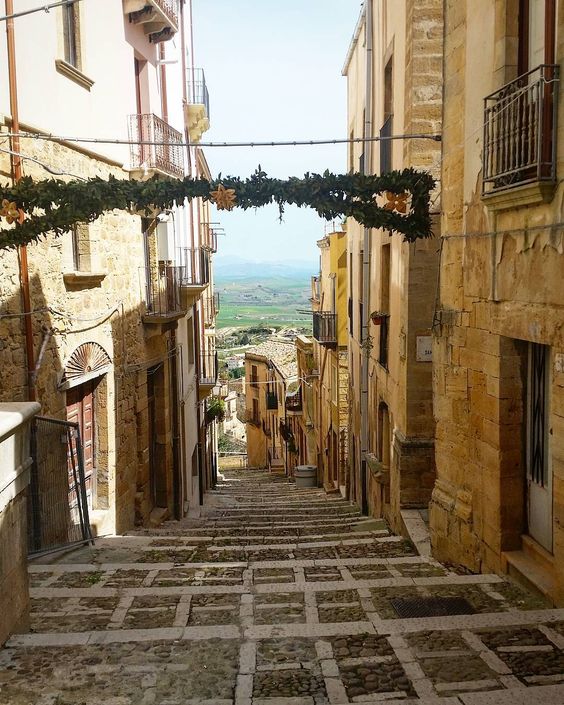 The mayor, Domenico Venuti, explains that he hopes the offer will breathe new life into his little town. Salemi was once vibrant with families and buzzing shops, but after a terrible earthquake in 1968, over 4,000 residents fled the area. Along with an aging population and the lack of young people moving in, the town has struggled to regain its footing.

Ever dreamed of owning a home in a pretty village in Italy? The news you've been waiting for has arrived. The Italian town of Ollolai is selling homes for a dollar: https://t.co/YZzWl0mnp0 pic.twitter.com/X1MmRQd114

Before the town put up the homes for auction (a majority of which are dilapidated and abandoned) the city council worked diligently on the restoration plan. The mayor shares the following:

"Before launching the scheme, we first had to recover the old parts of Salemi where the houses are located, upgrading infrastructures and services from roads to electric grids and sewage pipes. Now, the town is ready for the next step."

Auctioning off abandoned homes in drop-dead beautiful locations around Italy with a starting price of just $1 is not a new concept.

This trend of selling homes in dying parts of Italy started in early 2019 where 16 cities all across Italy begin advertising this lucrative deal.

The Downside of the Dollar Homes

While the main reason for the homes selling so cheaply is due to an effort in restoring the towns, the deal can be too good to be true if you don't know what you are doing. Since the homes started hitting the international market in early 2019, details of how to acquire a one-dollar home in Itlay are a little less attractive than the original offer. Here are a few of them:

This is the true cost behind Italy's $1 homes pic.twitter.com/Xvmzs3PS7a

Not all homes are a dollar.

Most of the homes sold in Salemi and other towns will be sold at auction with the bidding price starting at a dollar. However, the price will usually climb up to a few thousand dollars.

You might not get to inspect the house you purchase.

Because they are sold at auction, many of the homes only allowed a brief viewing, and there certainly isn’t an opportunity to get the home inspected. For the most part, you can expect the homes to be abandoned and in severe need of TLC.

With many of the dollar homes, you will have to renovate the home within a set timeframe—usually no more than five years in most cities. If you do not complete the renovation in time, you could face a fine.

Even if you complete renovation and your home is live-in ready, you might find yourself living in a town that is mostly empty. And because not all the homes in a town will be up for sale, your house could be surrounded by homes that are abandoned and falling apart. Over time, however, the goal is that the homes breathe new life into the neighborhoods and town.

So could you see yourself purchasing a dollar home and renovating it? Let us know what you think about this crazy deal in the comments section below!