Located at 4200 Atlantic Avenue, the Y-shaped Cavalier Hotel and Beach Club creates a stately presence over the Virginia Beach oceanfront. Along with its unique shape, it’s widely recognized for the giant CAVALIER carved into the front lawn.

The elaborate Renaissance-Revival style and Jeffersonian architecture was designed with Monticello in mind and built by Baker & Brinkley. Construction began in 1926, and the resort opened in 1927. Half a million bricks were used in the construction, the most of any used on a single building in the state. The name Cavalier came by way of a newspaper contest. 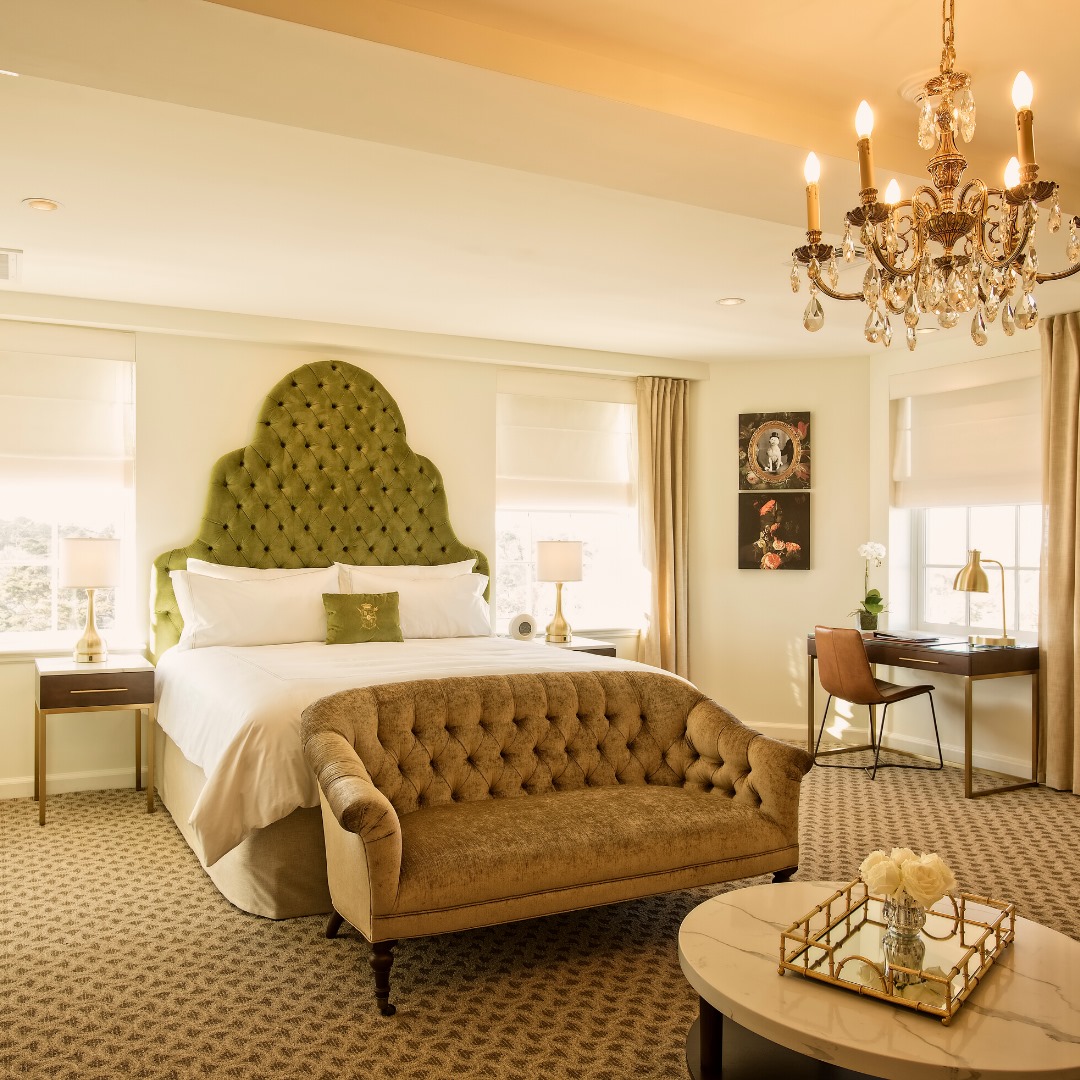 The Cavalier became known as a luxurious East Coast seaside destination and helped develop VA Beach as a major vacation destination. Extravagant amenities included an extra handle on bathtubs for a seawater bath, sinks with an ice water spigot for ice cold drinking water, and an indoor pool with a diving board.

Visitors could take a non-stop train trip from Chicago. Limos were used to transport guests from the ships and railroad stations to the hotel. Speaking of guests, some of the biggest names in Hollywood spent time at The Cavalier. Among others, F. Scott and Zelda Fitzgerald, Bob Hope, Frank Sinatra, Bing Crosby, Judy Garland, and Elizabeth Taylor, and every U.S. president from Coolidge to Carter graced the halls and grounds of the luxury resort.

After Marriott Bonvoy’s $85 million renovation, the “Grand Dame” reopened in 2018. There are 62 rooms and 23 suites. The resort retains 21 of the original 350 acres. Resort amenities include a fitness center, an indoor pool and hot tub, a luxury spa, and a car charging station. The hotel boasts three dining spots and a distillery.

The elegant and sophisticated Becca Restaurant and Garden serves a menu of locally sourced ingredients and fresh seafood for breakfast, lunch, and dinner. The Raleigh Room is a classic Southern salon space with sweeping views. It’s open for breakfast and evening cocktails with indoor and outdoor space and live entertainment.

The Hunt Room is warm and cozy with a rustic menu and handcrafted cocktails. Tarnished Truth Distilling Co. produces bourbon, rye whiskey, and AVA vodka. Enjoy a flight, tastings, and items for sale. The tasting room is open for special occasions and cocktail classes. 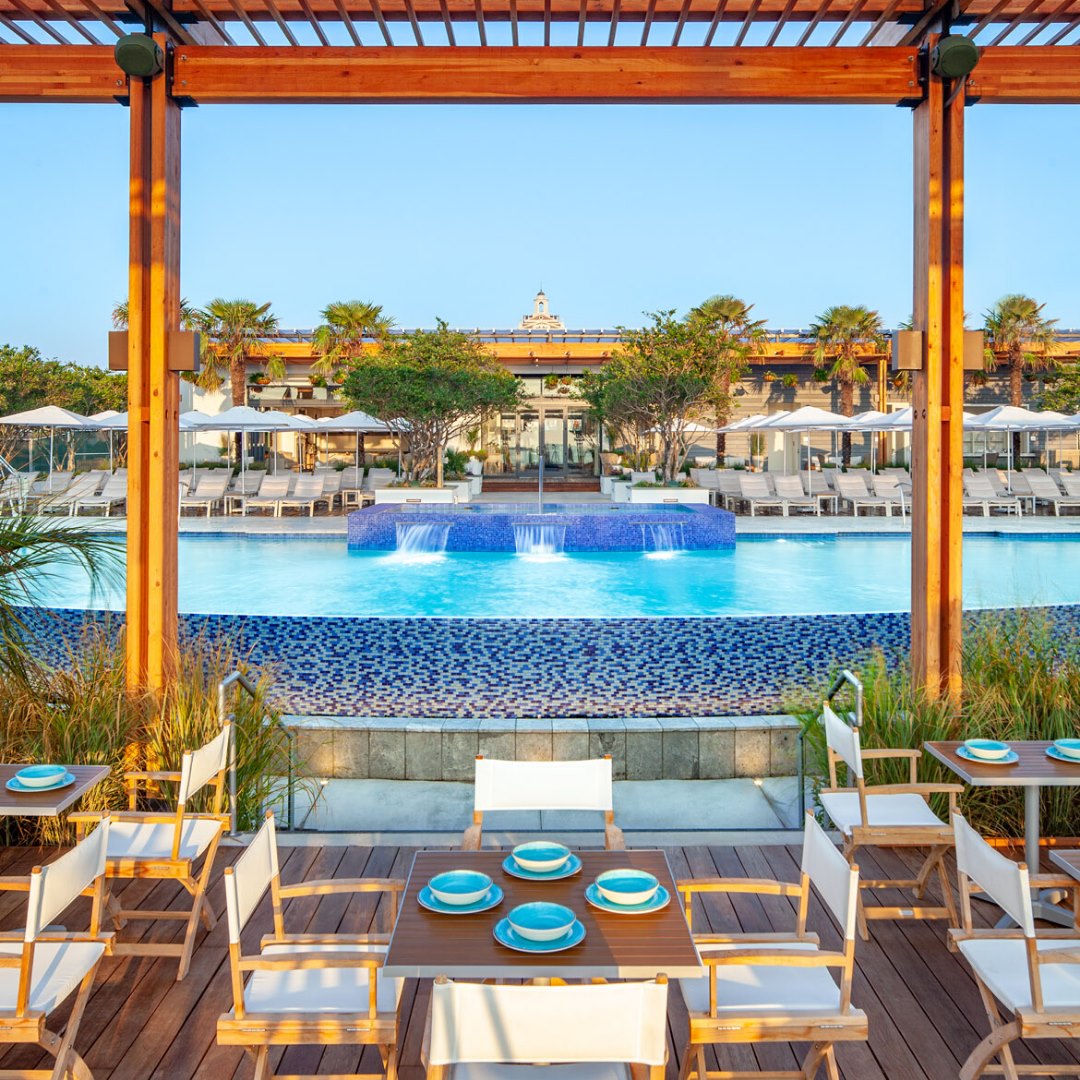 Don’t let the Cavalier’s off-the-beach location sway you. There’s a Beach Club located just steps from the sand, featuring semi-private beach access, a beachside infinity pool, a poolside bar, locker rooms with showers, and private cabanas with lounge chairs. Shuttle service and bicycles are available to get to and from the Beach Club (you can also use them to ride around town).

The Beach Club has 5,000 square feet of indoor and outdoor event space for weddings, receptions, and live music. Famous names from back in the day include big band entertainers such as Cab Calloway, Glenn Miller, Lawrence Welk, and Benny Goodman.

If you’re thinking “Hey, I remember another Cavalier on the beachfront,” you would be correct. There was once a Cavalier Oceanfront, located right on the beach, that was demolished in 2015.

As with any historic hotel, there are haunted stories to tell. In 1929, Adolph Coors, founder of Coors Brewing Company, was found deceased on the grounds. He had checked into a sixth story room earlier in the week. There have been reports of cold spots, peculiar happenings inside the room, windows opening, and voices and other sounds (mainly coming from the sixth floor). Other areas of the hotel report the sounds of a cat scratching the door, random piano playing, and the sight of a wandering WWII soldier.

For an escape to the opulence of another era, with all the conveniences of modern amenities and beach access (and the possibility of ghosts), you can’t beat the Cavalier.

Have you been to the Cavalier Hotel and Beach Club? Did you encounter any ghosts? Let us know in the comments.