The Jefferson Hotel opened in Richmond on October 31, 1895.

From its very beginning, the Jefferson Hotel was at the forefront of the social scene with its luxurious décor, palatial architecture, and lavish celebrations. The Richmond hotel opened on Halloween night 1895. That same weekend was the engagement party of American illustrator Charles Dana Gibson and Irene Langhorne (the inspiration for the Gibson Girl). The Jefferson has been welcoming guests with a mix of grand accommodations and Southern hospitality ever since. 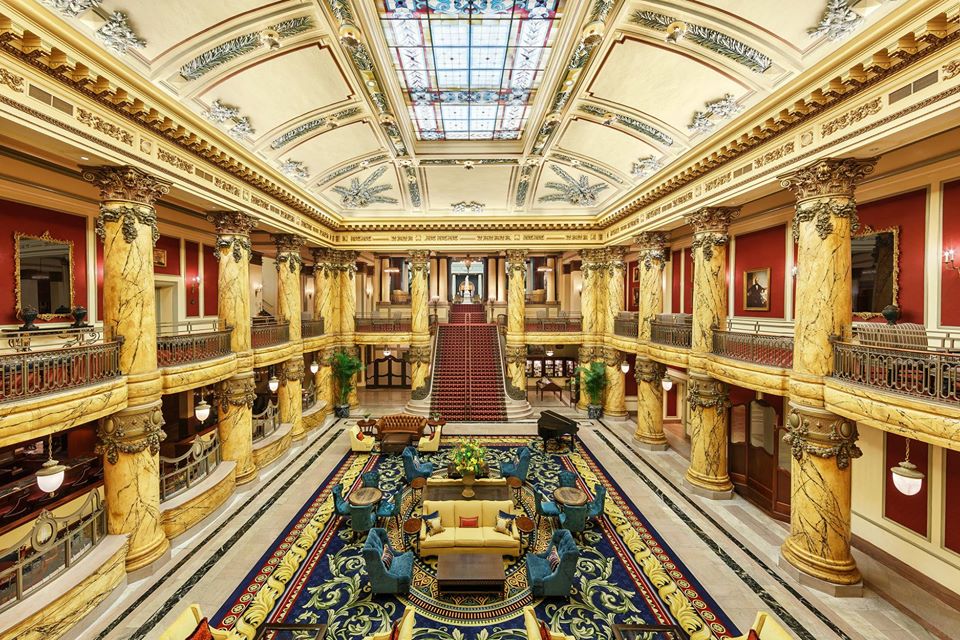 Founder Major Lewis Ginter, a local businessman and philanthropist, created the hotel to be a prime destination and one of the finest hotels in America. He envisioned the decorative Beaux-Arts and Renaissance Revival styles from his travels abroad. Ginter commissioned New York architectural firm Carrere and Hastings, designers of the Fifth Avenue Public Library and the Frick Museum. True to the vision, the Jefferson is filled with opulent columns, gilded antiques, artwork, and sculptures such as a Carrera marble statue of Thomas Jefferson (whom the hotel is named for).

This LOVEworks creation was inspired by the extraordinary experiences that our talented hotel and @lemairerichmond team members create for our guests. The LOVE of hospitality lives here at The Jefferson! #loveva #loveworks #visitrichmond

On a unique side note, alligators once lived in the fountain in the Palm Court (until 1948). No worries, the ones there now are of the bronze variety.

In its time, the Jefferson has seen some setbacks, recoveries, and even more setbacks. After a fire in 1901, the hotel was renovated and saw the addition of marbleized columns, rococo décor, and 300 new rooms. Additionally, the Grand Staircase and the mezzanine were fully opened up to create a spectacular entrance (they had previously been enclosed behind arched walls).

With its dazzling architecture and stunning interior, one might forget to consider the many modern amenities. There’s an indoor swimming pool and an outdoor sun deck as well as a 3,000-square-foot fitness center with massage therapy rooms and cardio and weight equipment. The hotel has 26,000 square feet of functional space for weddings, receptions, conferences, and special events. 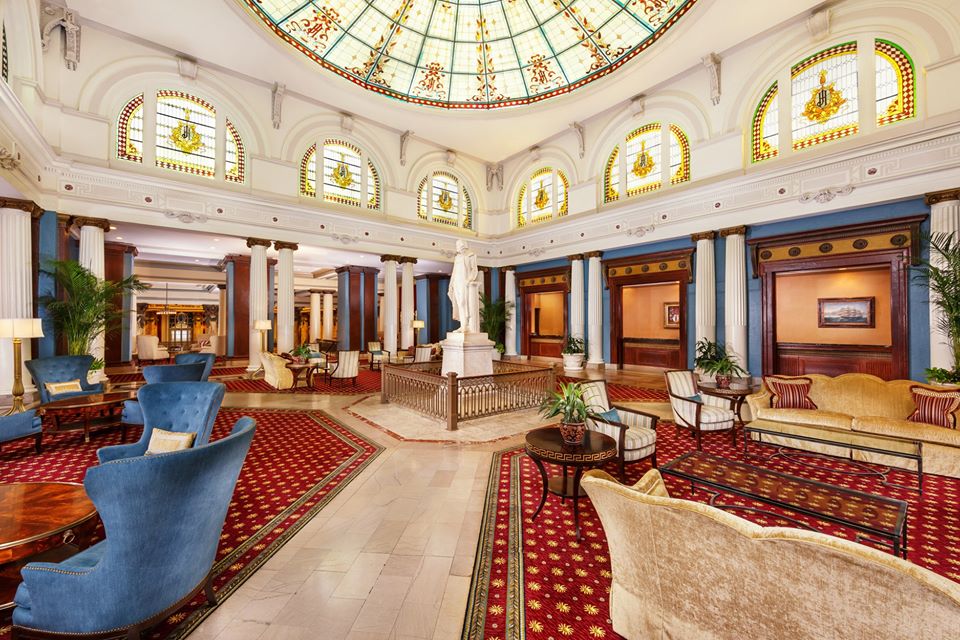 The gourmet Lemaire restaurant offers Southern cuisine prepared with local Virginia ingredients. This is the place for that extra special anniversary or romantic night out. Reservations for Thanksgiving dinner are sold out months in advance. There’s also the more casual TJ’s Restaurant and Lounge, a bistro setting serving Southern American cuisine for breakfast and lunch. Afternoon tea is served Friday through Sunday in the Palm Court lobby. There’s a Sunday brunch buffet with a jazz band and ice sculptures.

We hear so often that you wish you could stay a little longer. Our Summer at The Jefferson package is priced just right to stay an extra day or two to enjoy all that The Jefferson and Richmond has to offer.

Richmond’s Five-Diamond and Five-Star Jefferson Hotel is on the National Register of Historic Places and a member of Historic Hotels of America. It’s currently celebrating its 125th anniversary with special dining, romance, and other getaway packages.

Have you been to the Jefferson Hotel? Do you have a favorite historic hotel? Let us know in the comments.