We Named the Civic the Best New Car for Students

We Named the Civic the Best New Car for Students

However, it's really perfect for anyone.

Despite an abundance of oil, discerning Civic buyers know that cheap gas doesn't last forever – but they know their Honda will, and they also know it will continue to offer performance, function, and feel that other car makers won't be able to match for years to come. That's the M.O. that's afforded the company 70 years of business, and the new Civic holds true to the company's heritage. That's also why we chose it as the best new car for students. Now don't get us wrong, It's not that it's not appropriate for adult life -- in fact, it's the opposite. It's an excellent "adult" car, which is exactly why we chose it because this thing will last long into your student's adult life.

So beyond the fact that this thing is pretty much guaranteed 200,000 miles, what about the Civic makes it a great car? Let's start with the heart of it all – the engine. A 2.0L naturally aspirated inline-four comes standard, but the holy grail is the smaller but more powerful 1.5L turbocharged inline-four. Honda has never offered a turbo Civic in the U.S. before, and while it doesn't offer the same V-TEC scream as Honda's naturally aspirated engines, the turbo is almost necessary for anyone who wants a highly-efficient, small engine at altitude.

Speaking of turbos, this little 174-horsepower 1.5L inline-four lets you easily pass on the highway or drive through the mountains. You could even pass in the mountains if you wanted to. And of course, I love the fact that you can mate the 174-hp powerplant to a manual six-speed transmission. 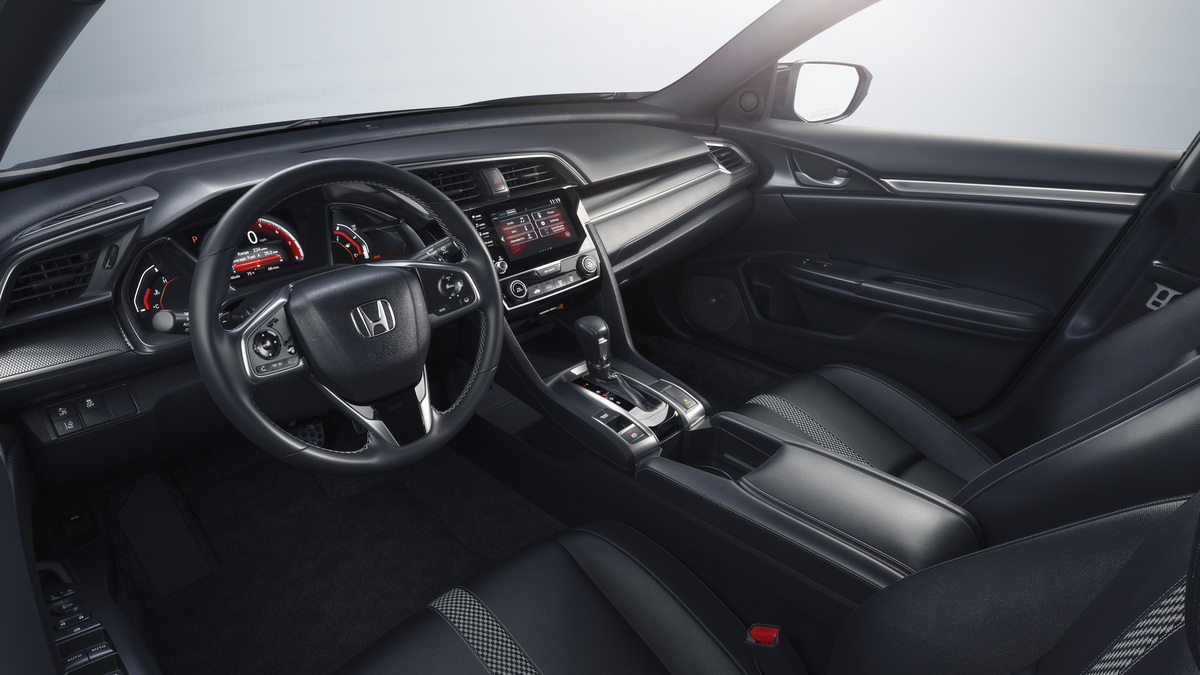 If that's not your thing, the Honda CVT is one of the most efficient and smooth automatic transmissions in the industry, and you can get it with paddle shifters if you desire. Either way, expect to get 42 miles per gallon on the highway with the turbo model and 40 miles per gallon with the 2.0L naturally aspirated engine – perfect if you're planning on driving home over breaks, or if your first commute is a little longer than you thought it would be.

Then there's the handling. When I last drove a new Civic, I was aghast at how nimble the car was and that the car's movements were very predictable. It was all very German-feeling and very impressive for a car that starts at $19,450. Even the interior felt elevated, and all the tech is there.

Overall, the Civic is an incredible vehicle for the price and any stage of life, but especially as a student because, if you choose, it'll serve you well as long as you want. As for me, I'm going up to Tyrell Honda to test-drive one. They seem to have better deals up there.

What are your thoughts, people? Do you have a new Civic? If so, what do you think of it? Let us know in the comments below!

Want to hear more about what's going on? Do you know the dangers of mold, according to the CDC?