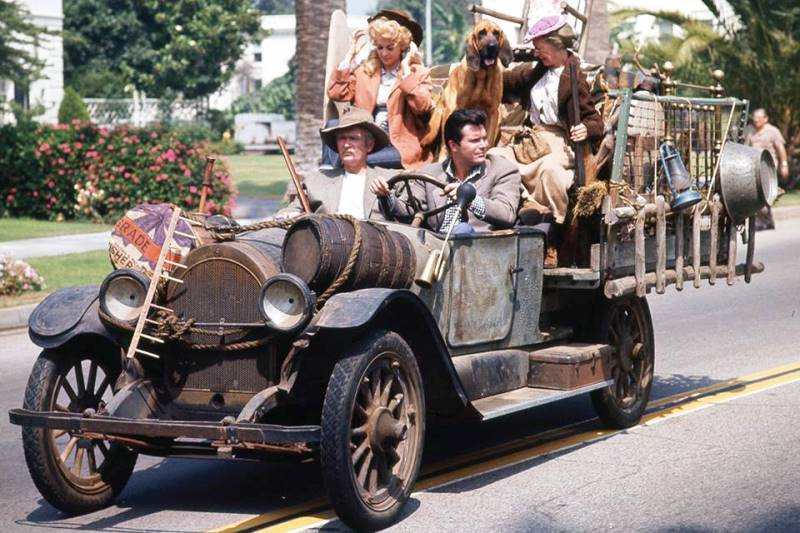 We love 1960s television—back when simplicity and comic hijinks ruled the airwaves.

Ever heard of an "earworm"? Many TV theme songs of the 1960s were playful and catchy and could easily get stuck in one's brain! We've put together a list of our favorites! Check it out!

Brush up on the lyrics here:

"The Ballad of Jed Clampett," lyrics by Paul Henning

Come and listen to my story about a man named Jed
A poor mountaineer, barely kept his family fed,
And then one day he was shootin at some food,
And up through the ground come a bubblin crude.

Well the first thing you know ol Jed's a millionaire,
The kinfolk said "Jed move away from there"
Said "Californy is the place you ought to be"
So they loaded up the truck and they moved to Beverly

Old Jed bought a mansion, lordy it was swank
Next door neighbor's the president of the bank.
Lotta folks complaining but the banker found no fault
'Cause all Jed's millions, was a-sitting in the vault!

Well now it's time to say good bye to Jed and all his kin.
And they would like to thank you folks fer kindly droppin in.
You're all invited back next week to this locality
To have a heapin helpin of their hospitality

Hillbilly that is. Set a spell, Take your shoes off.

Y'all come back now, y'hear?

Wanna keep going? We bet you do! Gilligan's Island is NEXT!