Looking for some unique TV shows to watch this month? Check out these highly underrated television shows!

April is a great month to get caught up on TV shows. Sure, there's a lot of exciting things debuting this season, but why not explore something a little more underground? When everyone's catching up on what TV they've watched, these are four lesser-known shows to flex your film geek side:

Sirens follows a trio of EMTs through the chaos of their day-to-day lives. Although the simple premise of the show makes it easy to overlook, Sirens features genuinely funny writing and a cast of diverse, lovable characters.

Each episode is a self-contained story, making this is a great show for both bingeing or watching sporadically. Some of the cast's misadventures include trying to teach a CPR class in under 10 minutes, removing a live python from the inside of a fire department, and dealing with the ethical consequences of accidentally saving a mafia don. Over the course of the series, a wide array of characters are introduced including Voodoo, a paramedic obsessed with collecting body parts, and "Stats," a math-obsessed EMT who frequently interjects into conversations to analyze the probability of everyone dying.

The show ran for two seasons before being abruptly canceled, but it still enjoys a robust online presence. It has been praised for being ahead of its time in depicting LGBT characters. "Six Feet Over/Under," an episode from season two, has seen acclaim in several communities for being some of the wittiest 21 minutes of television ever made. 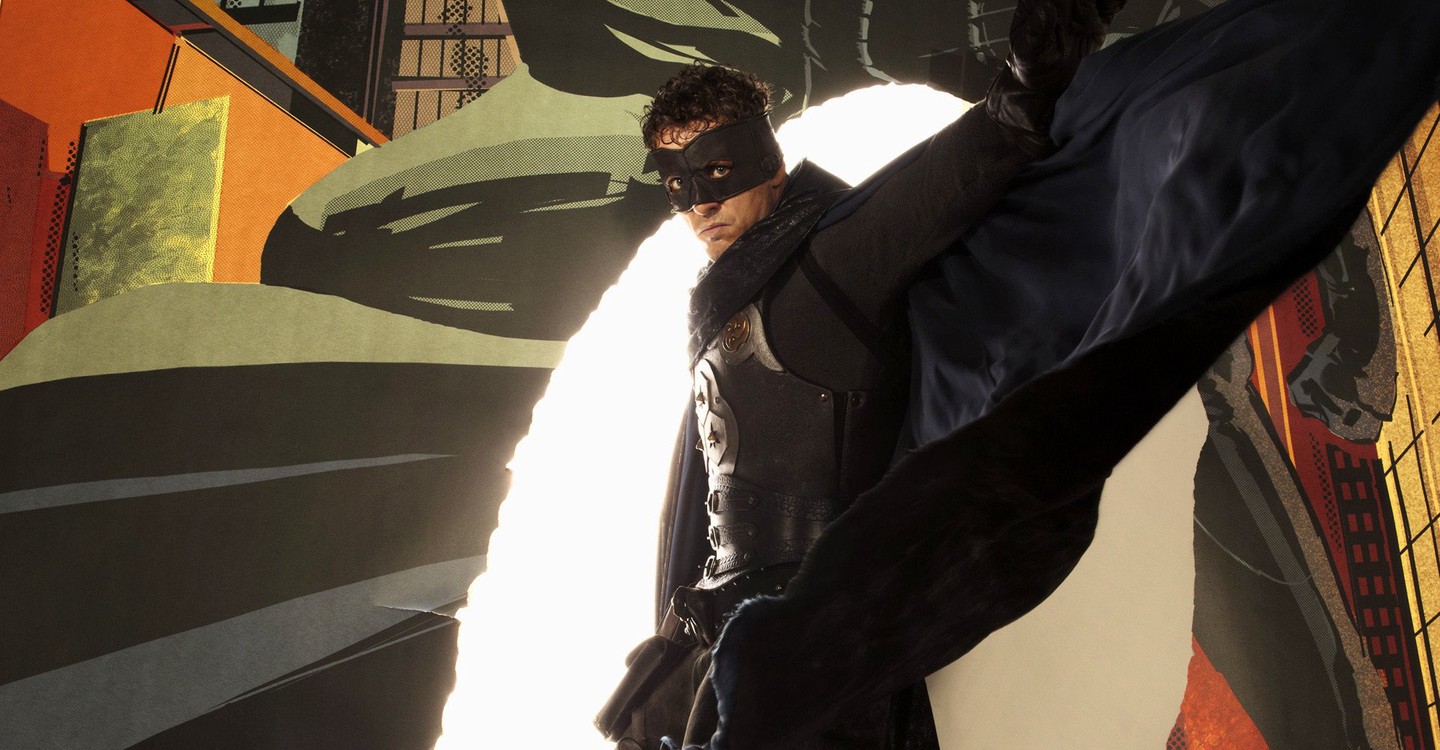 Watch this if you enjoy: Superheroes, crime dramas, action thrillers

Although The Cape never quite found its footing during its one-season run back in 2011, it's since developed a cult following for being one of the most entertaining and imaginative superhero shows from a pre-Avengers world.

The show follows Vince Faraday, a police detective framed for murder. With the help of the mysterious Circus of Crime, he is forced to clear his name by taking down Chess, a chess-obsessed crime lord. If this show sounds campy, that's because it is. Although the low budget is visible in some of the fight scenes and a limited run of episodes forced producers to cut several episodes from the script, the showrunners are clearly passionate about telling their own, distinctive superhero story.

Plus, the main character uses stage magic to defeat villains. This may be your only chance to watch a stage magician use their powers for good!

Watch this if you enjoy: Scottish humor, sketch comedy

Most of us have seen reaction gifs from Limmy's Show at some point, but no single image does this surreal comedy series justice. Starring Scottish comedian Brian Limond, this series is a stream of loosely related sketch comedies that feature a host of memorable recurring characters.

The only consistent thing about Limmy's Show is its insanity. One sketch might follow Limmy attempting to ace a job interview with the help of a creepy marionette while another features a completely unglued monologue to his neighbors about the availability of tap water. Perhaps his most endearing character is Falconhoof, a mild-mannered man dressed as a fantasy satyr attempting to run a hotline for would-be adventurers.

While the show has exploded for its gif-able potential, truly appreciating Limmy's Show requires sitting down and trying to digest all the weirdness. The show never found a commercial foothold in America, so bingeing this show is a great way to introduce all sorts of strange new inside jokes to your friends.

On Cinema, At The Cinema

Watch this if you enjoy: Movies, general insanity

On Cinema is a show that must be seen to be believed. The brainchild of comedy legend Tim Heidecker, On Cinema follows Heidecker and his co-host Gregg Turkington as they review movies.

Despite a simple premise, the show quickly devolves into a strange meditation on human fallibility. Although each episode obstinately centers around movie reviews, the banter between the hosts offers increasing insight into the terrifying hellscape that is Tim Heidecker's life. Over time, it becomes increasingly apparent that the true comedy comes from trying to piece together all of the strange and illegal activities that Heidecker is involved with.

For instance, some of these misadventures include burning down a film warehouse, starting a power-metal band called Dekkar, and culminates in Heidecker poisoning 20 people at a music festival. It's impossible to tell where the show is going next and trying to guess is part of the charm.

On Cinema is also a show with a lot of substance. The show has 11 full seasons, along with a yearly three-hour Oscar special, a spy thrilled miniseries on Adult Swim, and a feature documentary on Heidecker called Mister America. If your goal is exploring new TV, On Cinema has a lot to binge.

Know any good TV shows that might have slipped under the radar? Make sure to let everyone know in the comments section!