Rachael Ray will host 30 Minute Meals with 30 new episodes in 30 days on the Food Network. But there's a twist!

Rachael Ray’s 30 Minute Meals reboot will air on the Food Network, starting April 1, at 12 p.m. ET. Rachael will host one episode, every day in the month of April, for a total of 30 new episodes. 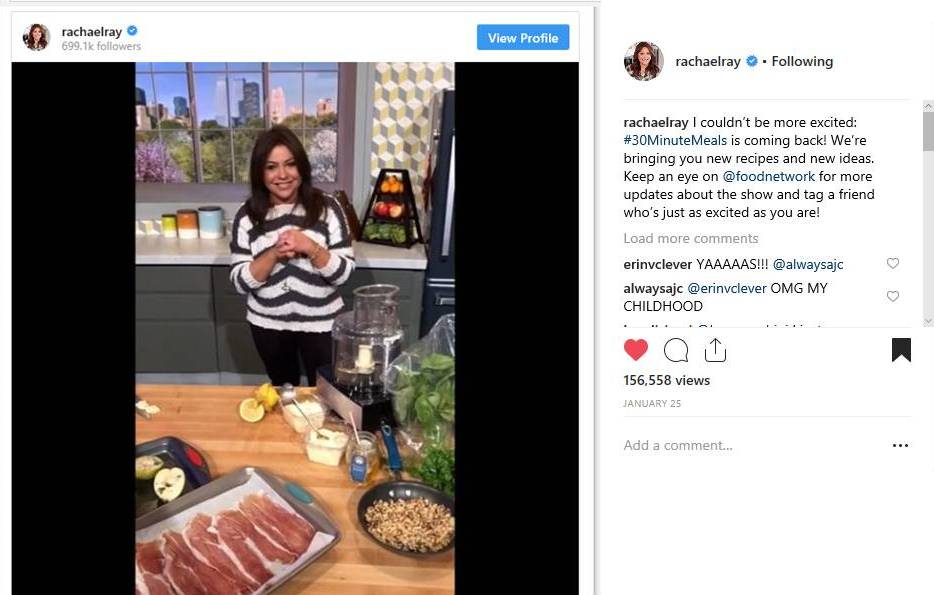 "It’s going to have all the cool vibe that we had back in the day, but it’s going to be for a whole new generation," Rachael said, announcing the return on her Rachael Ray Instagram. “It’s fun, fresh food you’ve never seen on the daytime show, and you certainly never saw in all of the more than, what, 15 years we did them on Food Network.”

“I couldn’t be more excited to bring 30 Minute Meals to a whole new generation of fans,” Rachael Ray said in a Variety Interview. “We are rolling deep this time around, proving to everyone that, yes, these are really meals you can cook in 30 minutes or less. And our show will now be part of Food Network’s on-demand offering, so our friends can actually binge-watch their meals. April is usually rainy here in New York City, but this spring will shine for us with 30 brand-new 30 Minute Meals.”

America's sweetheart cook, Rachael Ray brought her 30 Minute Meals to Food Network from 2001-2012. Her infectious smile, husky laugh, self-deprecating humor, kitchen tips, and now-household sayings -- such as "EVOO" (Extra Virgin Olive Oil) -- warmed her way into our homes. She made us realize a great meal in 30 minutes or less was indeed doable.

This whole package caught the attention of Oprah Winfrey, when Rachael appeared on her show on May 9, 2005. 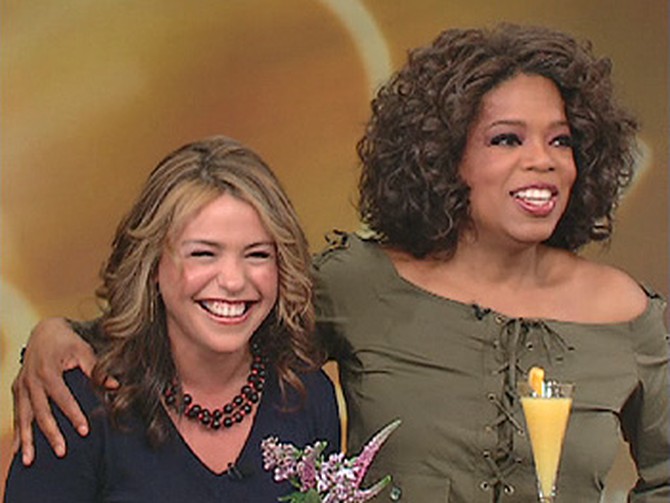 Courtesy of The Opray Winfrey Show

Upon meeting Rachael on that episode, Oprah said she knew Rachael was "The Real Deal;" therefore, it didn’t come as a surprise after her appearance on the Oprah Winfrey Show that Rachael was transformed from a celebrity chef, Food Network star, and serial cookbook author, into a global brand.

Her own syndicated daytime show, Rachael Ray Show, launched in the fall of 2006. Since then, Rachael Ray has warmed her way into oh, so many more millions of homes on a daily basis -- and the rest is history.

It's funny how many little things there are that I do when cooking that, in retrospect, I realize I learned from Rachael and the OG 30 Minute Meals. For instance, "wipe mushrooms with a paper towel just before using them; never rinse them." Rachael recommended this tip countless times on her show.

What are some of the original tips, sayings, or recipes you learned from the OG 30 Minute Meals? I’d love to hear them! Will you be watching the reboot? Leave a comment below!

Looking for an easy roast beef recipe? Try this one!