Tune in on May 21 to watch the investigation of the Cap Hill icon.

In its 130 years, Denver's Croke-Patterson Mansion has seen a lot, and not all of it has stayed in the past. Phantom voices, ghost children, suicidal dogs, and many more things that go bump in the night have been whispered, written, and rumored about for years. For those who love the supernatural, the Croke-Patterson has the reputation of being one of the most haunted mansions left in the nation.

Which is how the Travel Channel comes into play. The mansion has long been on haunted tours of Denver, and Portals to Hell host Jack Osbourne (Ozzy's son) heard about it from Denver-area friends, and after research, he and co-host Katrina Weidman were excited to investigate. The show focuses on research, evidence-based stories, and factual history, no matter how horrific it is.

"This season is intense,” Katrina says. “Jack and I purposefully explore locations that embody the darker side of the paranormal, as we try to understand why certain places evoke more sinister activity than others. It’s exciting to see what new discoveries we can make in the paranormal field."

What the show uncovered will air on the Travel Channel on Thursday, May 21, at 8 p.m. Mountain Time. 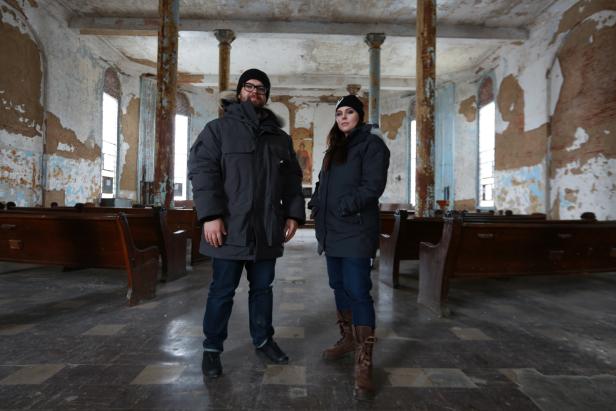 "Jack and Katrina take on a Denver mansion plagued by a string of bad luck and untimely deaths. They discover why the stately home is called 'the king of haunted houses' when they encounter a mirrored portal to the netherworld," said the episode trailer.

The building was first commissioned in 1890 by Thomas B. Croke, who served in the Colorado Senate. It remained in politicians' hands when it was bought by Thomas Patterson, U.S. Senator, in 1892. Over its long history, it served as a residence, apartments, office space, and even sat vacant for quite a while. Today, it's a bed and breakfast called Patterson Inn, offering nine luxurious suites designed around a unique theme. The mansion has also been designated as a National Landmark.

Will you be checking out the Croke-Patterson episode of Portals to Hell this Thursday? Have you had any experiences of your own at the mansion? Let us know in the comments below!

Betty White Is Turning 99—Here's How She's Celebrating Her Birthday

Popular Children's Entertainer 'Blippi' Has a Questionable Past. Should He Be Canceled?