A study conducted by Reviews.org identified which TV show people in each state think is overrated—and let me just say: we are appalled.

For instance, Pennsylvania, Michigan, Virginia, and Louisiana all believe that The Office is overrated. How dare you?

Where does the madness end? Well, apparently not in Washington, South Dakota, Indiana, or Georgia, who aren't enamored with the cultural staple that is Friends.

Parks and Recreation was thought to be overrated amongst eight states—Oregon, New Mexico, Colorado, Kansas, Missouri, Minnesota, Ohio, and Rhode Island—thus making it the most overrated show.

Rick and Morty followed closely behind (no argument from me) with seven states (Montana, Wyoming, Nevada, Arizona, Arkansas, Maine, and Massachusetts) but also 58% of the popular vote! 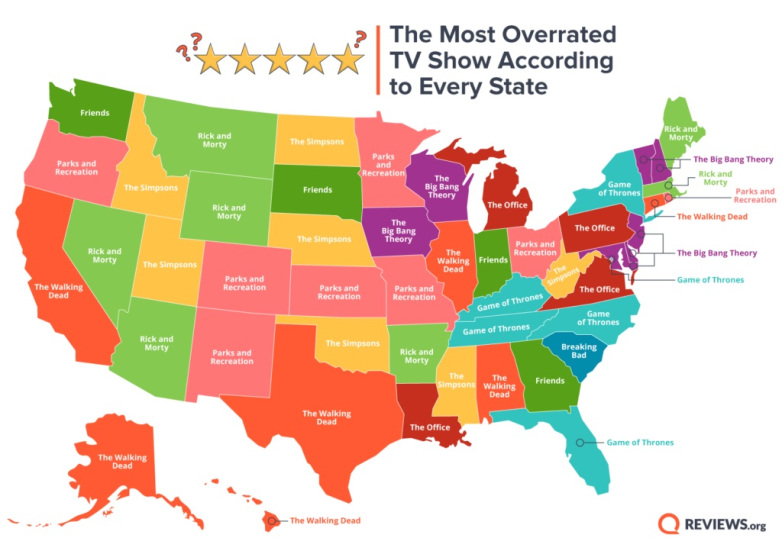 Here's the full list of which TV show is considered the most overrated in each state:

Do you agree with your state's assessment of TV shows? Which show is the most overrated, in your opinion? Tell us in the comments!

As Mississippians grieve 10,000 lost to COVID-19, pandemic still a war not yet won