Maryland actor and student Asante Blackk earned an Emmy nomination for Outstanding Supporting Actor in a Limited Series for his role as Kevin Richardson in "When They See Us."

It's hard being a high school student and holding down a job, yet it seems worth it when your work on a Netflix limited series earns you an Emmy nomination. Asante Blackk, a 17-year-old student at Waldorf, Maryland's North Point High School and president of the Theater Club, was recognized for his work in When They See Us. He portrays one of five teens who were wrongfully arrested and convicted in 1989 for an attack on a jogger in Central Park.

Blackk is the youngest nominee at the 71st Primetime Emmy Awards this year and will be going up against Paul Dano (Escape at Dannemora), John Leguizamo (When They See Us), Stellan Skarsgård (Chernobyl), Ben Whishaw (A Very English Scandal), and Michael K. Williams (When They See Us). The Emmy nominations were released on Tuesday by the Academy of Television Arts & Sciences. The powerful series itself earned an impressive 16 nominations, including Outstanding Limited Series. 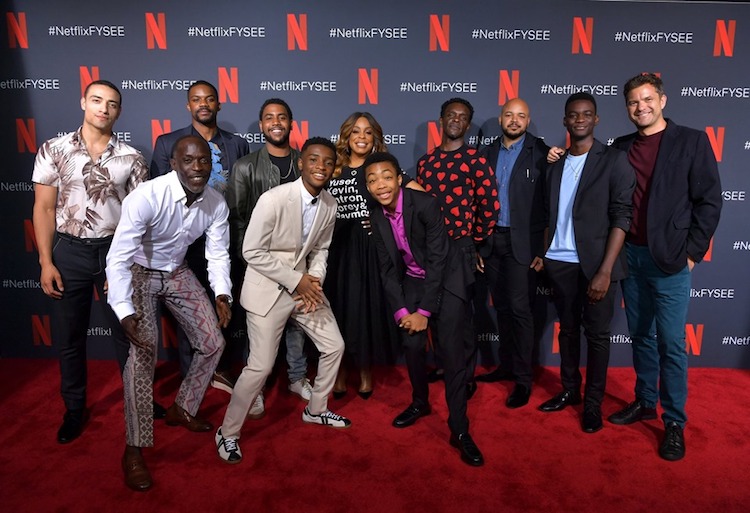 According to The Innocence Project, Ava DuVernay's When They See Us "is a four-part miniseries based on the wrongful convictions of Antron McCray, 15; Kevin Richardson, 14; Yusef Salaam, 15; Raymond Santana, 14; and Korey Wise, 16. In 1989, they were arrested as teenagers and terrorized by police before being wrongfully convicted of brutally assaulting and raping a white woman who was jogging in New York City’s Central Park."

While this is Blackk's television debut, he's been acting since the age of 6, according to IMDb. He was cast as Mowgli in The Jungle Book, which started his passion for acting. He later joined his school's theater department and was signed with a talent agency in his freshman year. In regards to his recent nomination, Blackk took to his Twitter page:

woke up to find out i’m nominated for an emmy. for my first ever project. at 17 years old. wow. i love y’all. thank you so much. pic.twitter.com/G0h0agcRwQ

The Primetime Emmy Awards will air live on Sunday, September 22, at 8 p.m. on FOX. For a full list of nominees, check out Variety.