Season 3 was worth the wait!

Season 3 of Stranger Things blew my mind and left me with a series of mixed emotions: angry, sad, happy, satisfied, and proud. Fans waited two long years for a season we were hoping would live up to the expectations, and to our surprise (not really), it did!

Although still entertaining, Season 2 was somewhat of a dud, and fans worried what was to come for Season 3 after the long wait.

This latest chapter of the story, however, was phenomenal – the writing, acting, and graphics were more than what we could have asked for, and I felt as though I'd been sent back in time to the 1980s. The special effects were definitely improved because I felt physically sick looking at the newest monster that they had to face. We were happy to see that Steve was continuing to live up to his big-brother duties and was learning to treat others with respect.

Please take the time to binge-watch this because you will not be disappointed!

That we had to wait two years for this!

Season 3 of Stranger Things was wildly entertaining because it pushed the envelope and created new and out-of-the-box characters and depicted realistic teenager drama, 1980s flare, and every emotion a human being can handle. Oh, and the acting was pretty great, too!

Before the season premiered, fans were already expecting a battle with the Upside Down but weren't sure what was to come out of it. There were leftovers of the Shadow Monster that inhabited Will in the previous season, but we were positive that they had taken care of that problem when Elle closed the gate. However, some of the residents in the City of Hawkins were still interested to see what else was in the Upside Down and began reopening the gate so they could let their curiosity ensue – and that's when the trouble began!

There was suspension, disgusting and unique monsters, incredible writing, plenty of comedic moments, sadness, teenage drama, a protective father, new relationships, new friendships, the redemption of a not-so-nice character, and plenty of battle scenes – seriously, it had it all.

Although the story connected to the previous seasons, Stranger Things 3 felt like the show had almost started over again. Instead of hyper-focusing on the death and decay of the Upside Down, the show focused on a much bigger problem – the invasion of earth and possessions.

It wouldn't be Stranger Things if Elle, Mike, Dustin, Will, Lucas, and now, Max were not fighting off something from the Upside Down! I mean, just look at them being all tough:

What I liked most was Elle's character development. When she first "met" Maxine (Max), she had mistaken her for flirting with Mike, her boyfriend, and never took the time to actually get to know her and instead, brushed her off. I mean, Elle managed to make Maxine fall off her skateboard with the swift flick of her head back in Season 2, but they have come a long way and have developed a best-friend bond!

I really enjoyed seeing Eleven learning to accept and get to know new people. She's learning the power of friendship and human connection instead of being shy and confused about the world. To be fair, she was locked in a lab being experimented on, day in and day out, so she still has a lot to learn. 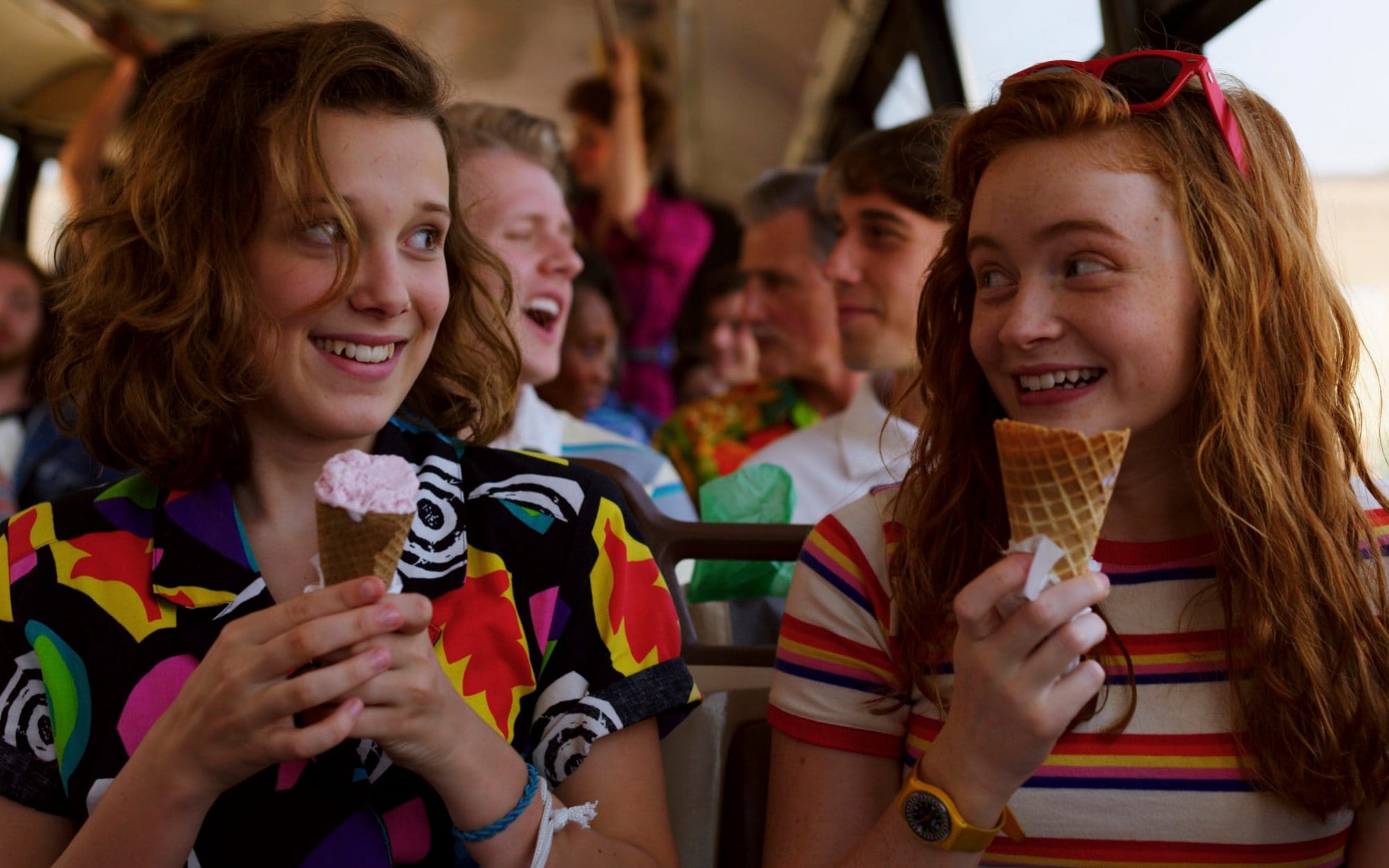 Courtesy of The Telegraph

Okay, we all have to admit that Alexi has become our newest favorite character of this season. He is a Russian that was kidnapped by Hopper and Joyce earlier in the season when they wanted to question him on what was going down in the lab and why Will was sensing the Shadow Monster back in Hawkins. The man was obsessed with cherry Slurpees, was actually a perfectly nice guy, and slowly became friends with his kidnappers – hands down, best character from this season!

As well as Alexi, Robin was another added character who made the season worthwhile. She was funny, smart, witty, and a humble human being who was able to crack into Steve's big hair (head) of his and help him learn how to be humble. Just admit it: you loved her, too!

Anyway, Season 3 began with plenty of happy moments and ended with a very heartbreaking (but hopefully not true!) ending. To spare you the heartbreak and preserve some element of surprise (just in case you haven't seen it), I won't spoil that part for you.

Season 3 was, by far, the best season of Stranger Things, and there is nothing that can change my mind about it.