"You're no orphan, not anymore."

There are spoilers in this review of The Queen's Gambit. Consider yourself warned!

As a child, I chronically lost games of chess to my sister and drew the conclusion that this famously intellectual, strategic game was simply too difficult for me.  I believe that many share a similar experience, but for anyone who has ruled themselves out from the elite ranks of chess-players, watching The Queen's Gambit on Netflix will inspire you. It not only shines a light on chess and the chess competition scene, but also on a time period in our country's history when women were widely excluded even from the competitive play of board games.

Based on a novel of the same name, the series follows the fictional Elizabeth Harmon, whom some have identified as bearing resemblance to Bobby Fischer.  Harmon is orphaned at the age of 9 when her mother, a brilliant mathematician who struggled with her mental health, dies in a car crash. After the accident, young Elizabeth is placed in the Methuen Home for Girls. Every day, the girls are given daily "vitamins," one of which is actually a tranquilizer to render the young wards more docile and compliant. At the same time, Beth discovers that the school's janitor, Mr. Shaibel, studies chess in the basement, and she persuades him to teach her. At night, her dependence on the tranquilizers grows because they allow her to visualize chess games on a gigantic board that materializes on her bedroom ceiling. 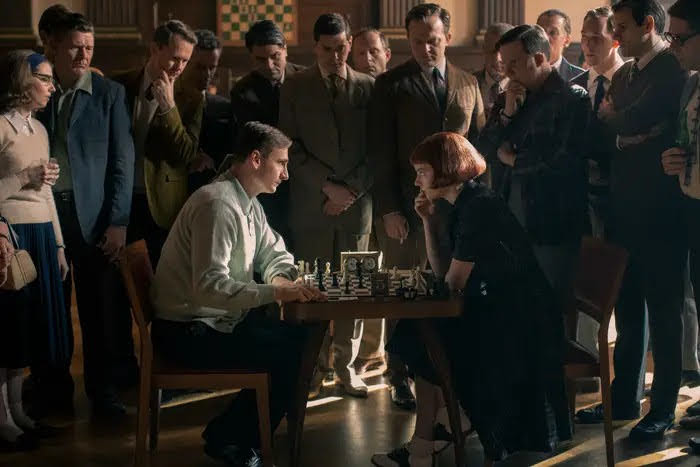 It becomes clear that Beth is a prodigy. Eventually, she is adopted by a couple with their own set of marital problems, but with her newfound freedom outside the orphanage walls, she pursues chess and demonstrates her true ability. Her adoptive father leaves the picture, but her new mother is sufficiently impressed to recognize the opportunity ahead of them, and together, they travel the country where Beth cleans up at nearly every tournament she enters. Meanwhile, Beth blossoms into a young woman of considerable charm, but addiction follows her and grows more problematic as she matures. 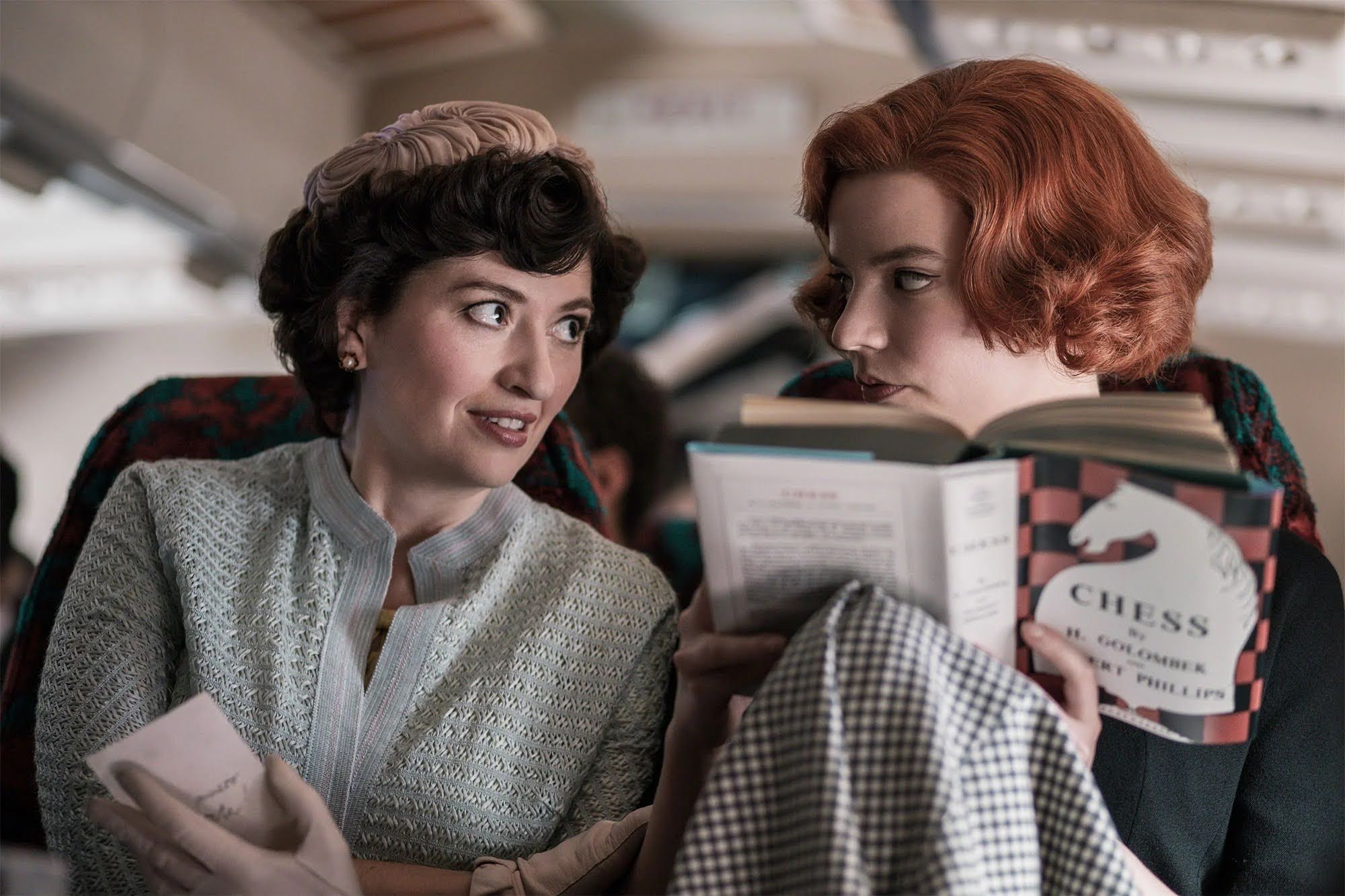 This show is notable first for its depiction of the competitive chess scene, which is most likely unknown to the general public. In fact, the show's director, Scott Frank, states that he paid particular attention to the authenticity of the competition scenes, down to the way professional players move their pieces. Even though I personally have little chess knowledge beyond the basic movements each piece can perform, it was fascinating to see that there was so much to the game beyond simply moving the pieces around the board. The players studied the lives and games of other chess players, set up various arrangements on the boards as practice exercises, and examined all the reading material they could lay their hands on about various attacks and patterns of play. Beth became acquainted with all the other tournament big fish fairly quickly, and while they all wanted to win, they also helped each other to explore more strategies and identify flaws in their games. I was surprised by the extent of their camaraderie because I had always considered chess a highly individualized game. Now I realize that the game is really not so different from, well, a sport.

I was also intrigued by all the patterns of play that exist. I think that most people believe that only geniuses who can see in four dimensions can succeed at chess, when, in fact, the expert players in the series rarely made up plays on the fly. There are over a thousand openings and defenses: the Open Sicilian, the Closed Sicilian, the Queen's Gambit, the Dutch Defense, and the English Opening, just to name a few. I think if more people understood that there are many common, already worked-out patterns, they would find the game far more accessible and understand the theory behind different moves. 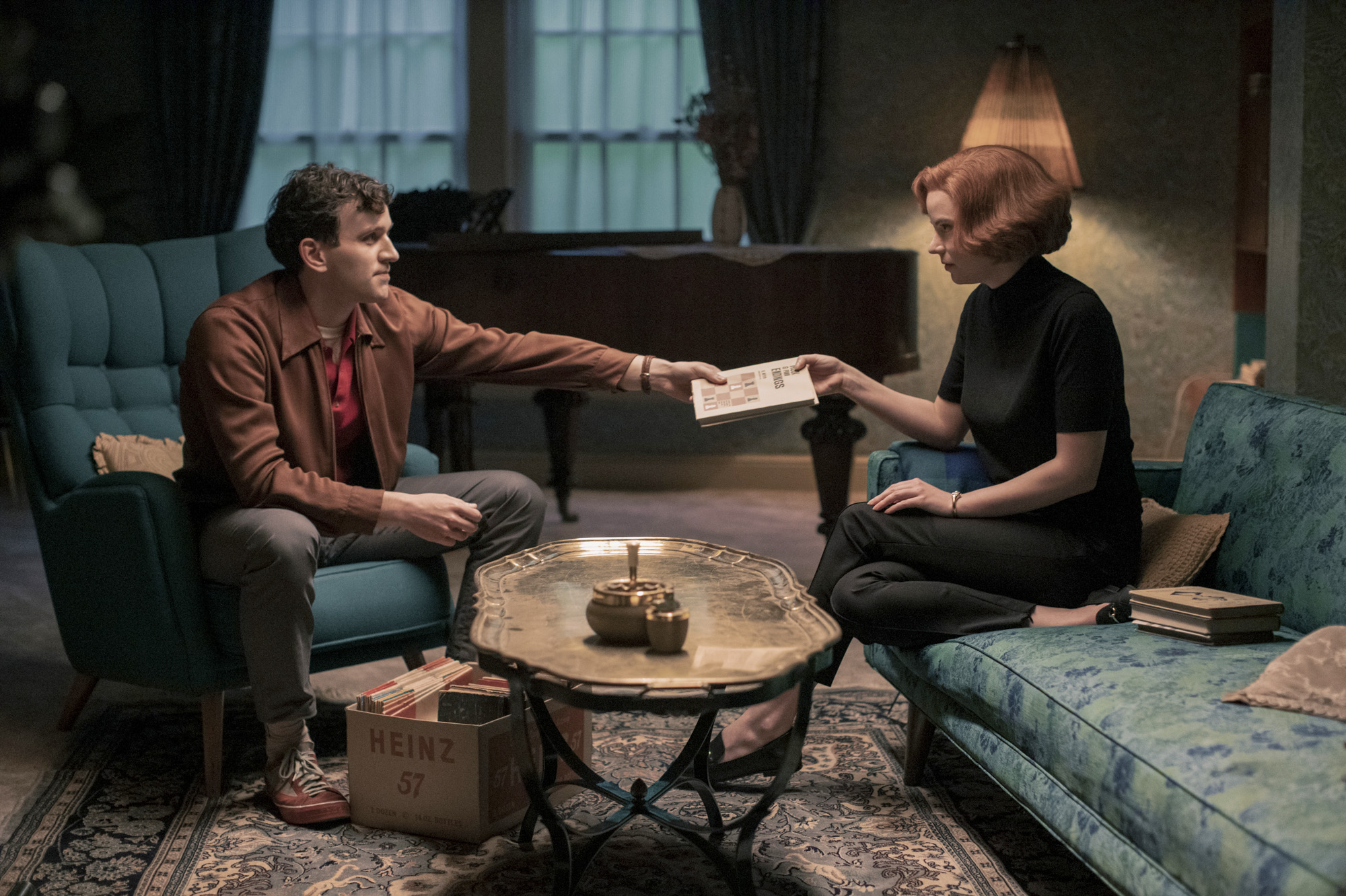 Second, the show's depiction of the time period is wonderfully aesthetically pleasing, and meticulous in its attention to detail. The show takes place in the '50s and '60s, and there's a lot packed into the seven-episode season: medical practices, Cold War tensions, gender norms, and more. Beth discovers that the most important tournament in the world takes place in Russia and finds that various groups have an interest in sponsoring American players as an important part of the country's fight against communism. This aspect of the story is historically accurate, and in fact, Bobby Fischer similarly traveled to compete against Russian players.

The show also explores the dark underbelly of institutional practices of the time. For example, the little green pill shown throughout the show may have been a forerunner of valium, which was frequently prescribed to women for anxiety. The fact that giving them to children was also considered commonplace makes you wonder how many folks might have been walking around with addiction problems because of such practices. 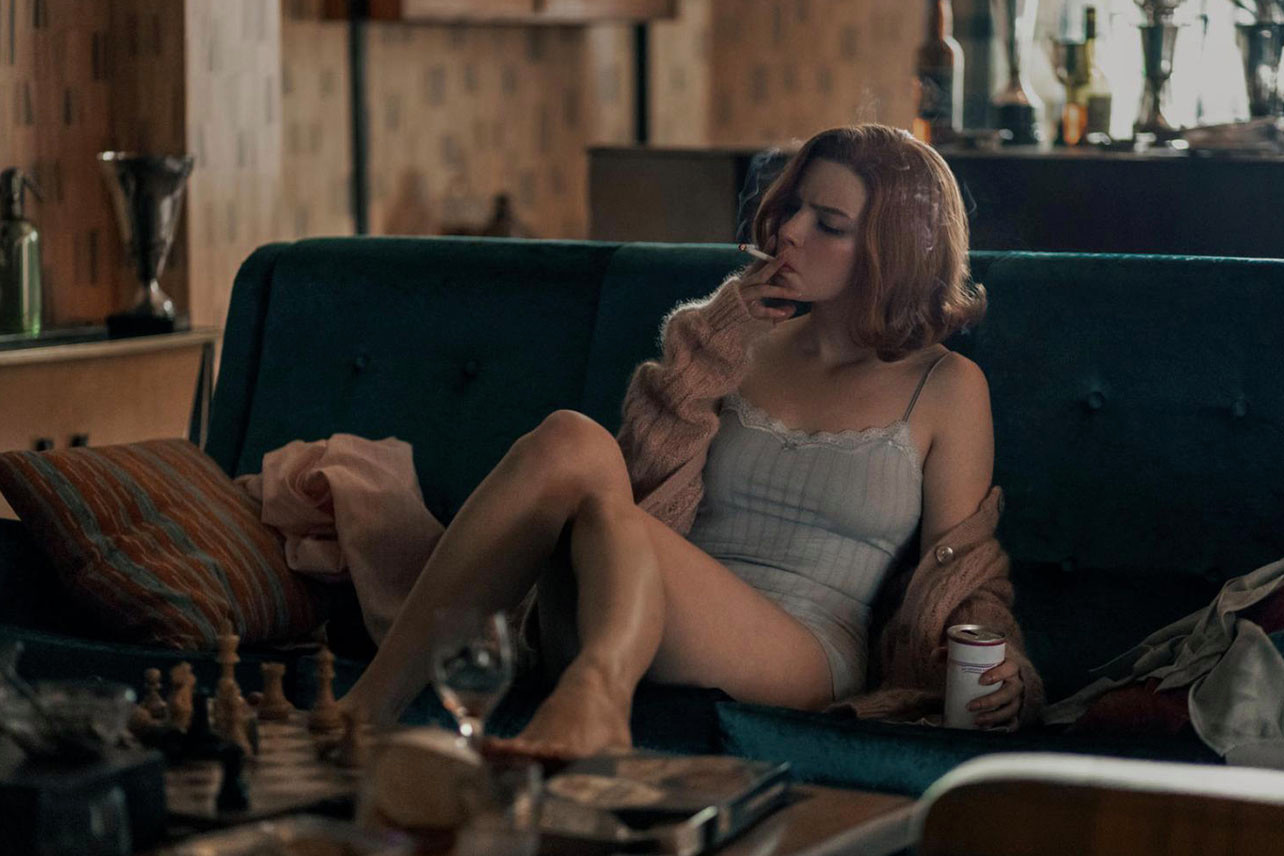 The initial response to Beth's prodigious talent is also revealing of the types of behavior considered appropriate for young women at the time. When Beth attends her first tournament, she encounters substantial skepticism from everyone involved. It is evident that no one believes that women could have the mental fortitude to compete, especially at a game like chess. Indeed, such ambition was considered unhealthy and disconcerting in a woman. For example, prior to Beth's first victory, her adoptive mother had encouraged her to pursue activities that would better prepare her for life as a wife.  he expressed the widely-held belief that social engagements and the learning of domestic skills were considered far more important and appropriate for girls of Beth's age.

So should you watch The Queen's Gambit? In short, yes. It certainly doesn't hurt that Anya Taylor-Joy is almost painfully beautiful in her role as Beth, playing the character with incredible poise and sangfroid, as well as a charming combination of innocence and magnetism. The evolution of her style, alone, from episode to episode is fascinating as she travels from saddle shoes to dramatic editorial eyeliner. Overall, I highly recommend this series, even for those with no prior interest in chess.

Have you watched The Queen's Gambit? Tell us your thoughts in the comments!