Benders, ready to be quenched?

Fans of Avatar: The Last Airbender have been drinking up news on the upcoming Netflix TV show like it's cactus juice. They already seem to have positive thoughts on the identity of the show's main cast, which was released this past week.

At this time, Gordon Cormier will play titular character Avatar Aang, Kiawentiio will play water bender Katara, Ian Ousley will play Sokka, and Dallas Liu will play the Fire Nation's Prince Zuko. The show's Executive Producer and showrunner will be Albert Kim, who claims he came to love the show through his daughter. 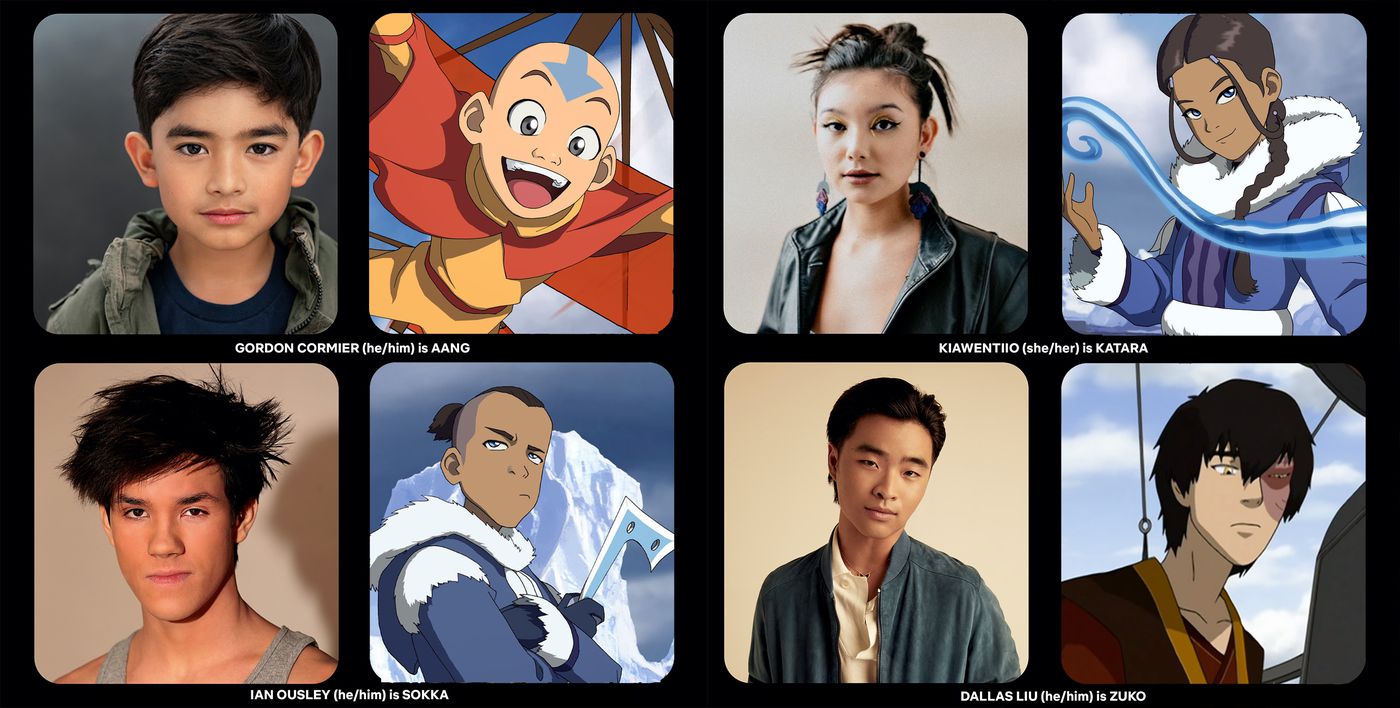 So far, his vision for the Netflix adaptation is to keep everything as close to the original as possible, saying, "I didn't want to change things for the sake of change .... I didn't want to modernize the story, or twist it to fit current trends. Aang is not going to be a gritty antihero. Katara is not going to get curtain bangs. (I was briefly tempted to give Sokka a TikTok account though. Think of the possibilities."

Comprised of three seasons, Avatar: The Last Airbender was created by Michael Dante DiMartino and Bryan Konietzko and debuted on Nickelodeon in 2005. The show featured people called benders who could manipulate the four elements. Twelve-year-old Aang, a nomadic monk, was discovered to be the new avatar, the only person who could bend all four elements, serve as the bridge to the spiritual world, and restore balance to the lands. Aang was accompanied by water bender Katara, her brother Sokka, and later, earth-bender Toph on their journey to stop the Fire Lord, ruler of the Fire Nation. Zuko, the Fire Lord's son and the show's primary antihero, later joined Aang's group as well, with his storyline being lauded by fans and critics as one of the best redemption stories ever told.

Fans will have to wait and see if Kim will keep with his goal. Rumors that the show's creators, Michael Dante DiMartino and Bryan Konietzko, departed due to conflict in creativity and the original plan of aging Katara up from 14 to 16 did not sit well with some, as many contemplated whether "Kaatang," the relationship of Aang and Katara, would ensue under Kim's vision.

One thing Kim seems to have gotten correct was the casting of the main characters: they all look like they can play the characters they've been chosen to act, in contrast to M. Night Shymalan's heavily panned live-action movie. Even more impressive, the new actors and actresses are near the same ages as the ones they're playing. Cormier is 11, Kiawentiio is 15, and Liu and Ousley are 19.

Do you think Netflix's Avatar: The Last Airbender will stay true to its original source material? Let us know in the comments!