Poll: Which Episode of 'Friends' Is the Best?

Poll: Which Episode of 'Friends' Is the Best? 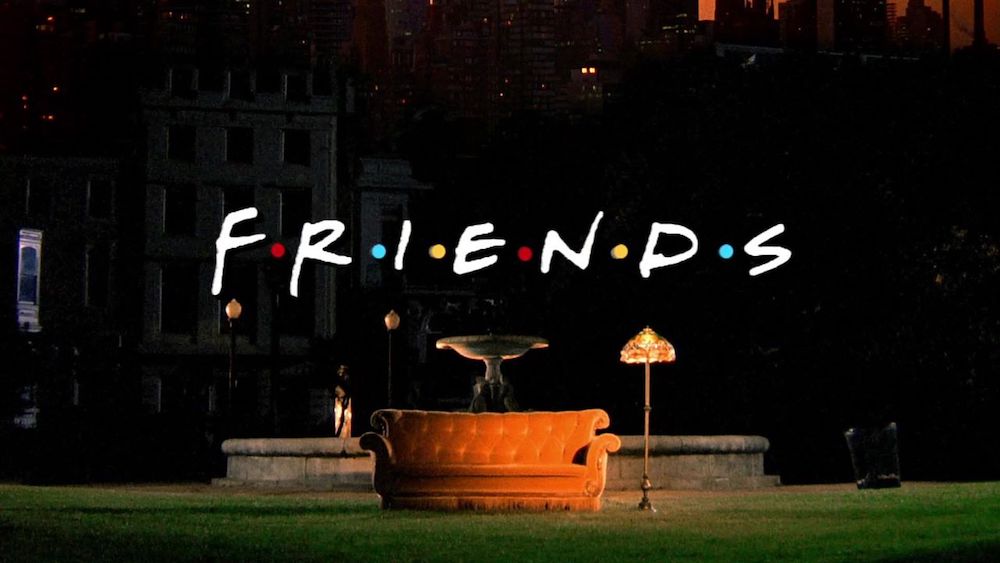 Attempting to come up with the best episode of Friends is quite the task, so vote for your favorite!

Friends is arguably the greatest sitcom of all time. I've binged the entire series more times than I can count, and when tasked with picking the top 5 episodes, I was very intimidated. While I am sure there are many people who may not have their favorite episode in this list, I feel confident that at least one of these top 5 are on your personal top 10.

When picking these 5 best episodes, I considered a few qualities. Each episode that I picked has pivotal moments in the group of friends' history. Each of these episodes are essential to the series, while also being quite hilarious and even coining some of the most famous lines from this show. While some of them are more serious, and others are just downright funny, these top 5 episodes were well thought out. However, I am sure that there are other episodes that could deserve to be crowned "The Best Episode of Friends," so if your vote isn't on this list, be sure to let us know which one you think deserves to win in the comments.

Vote for your favorite out of these top 5 Friends episodes with the thumbs up button! 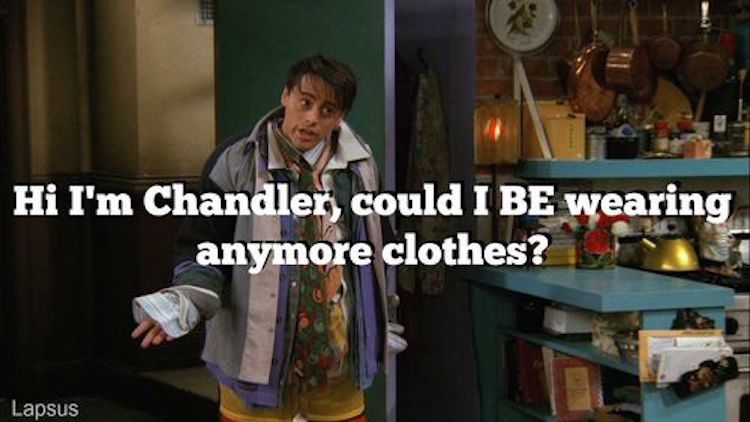 In this episode, Ross tries to rush everyone to get ready for his black tie event at the Museum. This episode perfectly displays each character's personalities. Joey and Chandler fight over a chair and accidentally get hummus on Phoebe's dress. Phoebe covers up her dress stain with a gigantic, tacky Christmas present bow. Rachel takes forever to pick out an outfit and Ross yells at her for being indecisive, which in turn leads to Ross and Rachel fighting. Monica hears a message from Richard and can't figure out if it was old or new, so she decides to leave him a voicemail that is "breezy." Chandler and Joey's argument ends up with Joey wearing all of Chandler's clothes and the classic line, "Look at me, I'm Chandler. Could I BE wearing anymore clothes?" Monica's mental state continuously spirals, and Ross gets more and more irritated with all of his friends, and by the time the episode is over, everything gets worked out and the chaos is over as they head to the black tie event as normal. 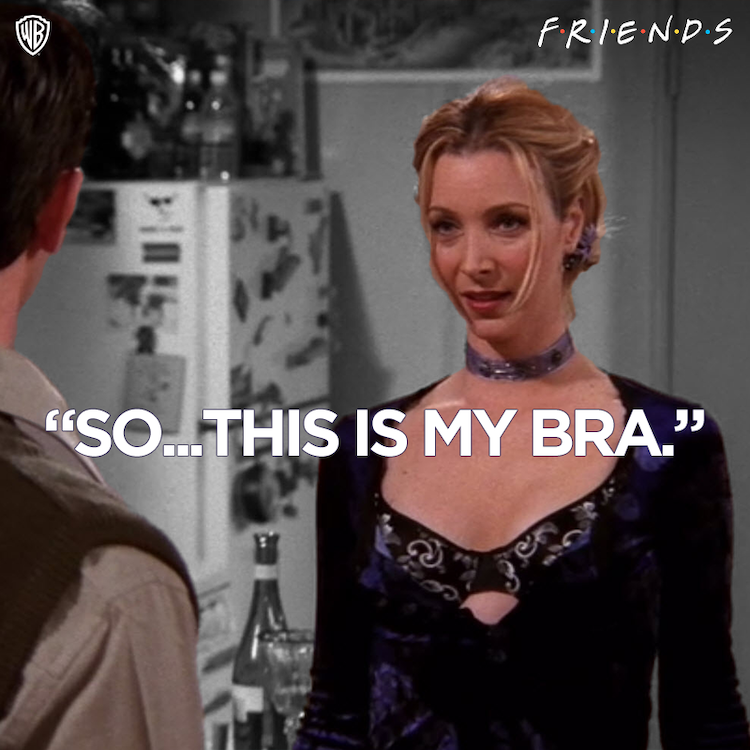 The One Where Everybody Finds Out (S5,E14)

In this episode, Ugly Naked Guy is subletting his apartment and Ross is interested. While Ross is touring the apartment, Phoebe sees Monica and Chandler "doing it" through the window. This turns into a hilarious competition between Phoebe and Chandler over who can last the longest pretending they want to sleep together, because "they don't know that we know they know we know." By the end of this episode, even Ross sees Chandler and Monica through his new apartment window and that makes it official—now everyone knows about Chandler and Monica, and Joey can finally rest easy. 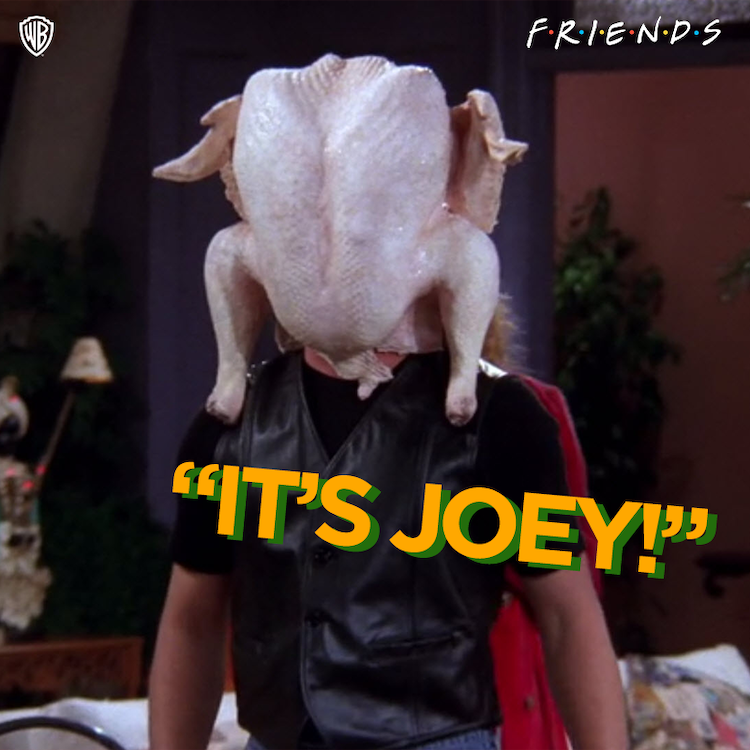 The One With All The Thanksgivings (S5,E8)

Thanksgiving is a holiday that makes an appearance many times throughout the show, and in this episode, it's a competition of who's had the worst Thanksgiving. "It wouldn't be Thanksgiving without Chandler bumming us out," as Joey says. The gang all takes turns telling their stories over their worst Thanksgivings, and Rachel says she knows which one was Monica's. This spurs a couple different hilarious throwback Thanksgiving stories, including the one where Joey gets his head stuck in a turkey, where Chandler calls Monica fat, and ultimately, when Chandler loses a toe. This episode is especially great because it shows how Chandler has affected Monica since high school, considering he's the reason she ends up losing weight and becoming a chef. 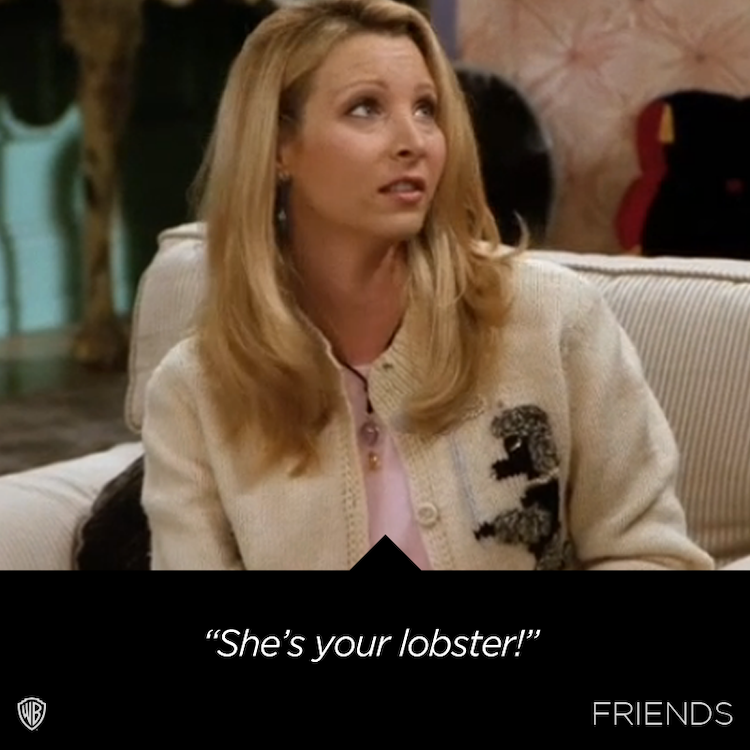 This episode is a classic. Phoebe gets her brother's fertilized eggs inserted, the Duck is "turning into a Rooster," and Chandler, Joey, Monica, and Rachel get into the ultimate competition of who knows who the best. Their competition ultimately spirals into a crazy game that Ross throws together for the boys to go head to head against the girls, and the stakes get higher and higher until they decide to bet the girls' apartment. These personal questions let us in on some funny trivia points about the characters, and then in the last moment, the girls lose their apartment to the boys. Also, who can forget "Ms. Chanandler Bong?" 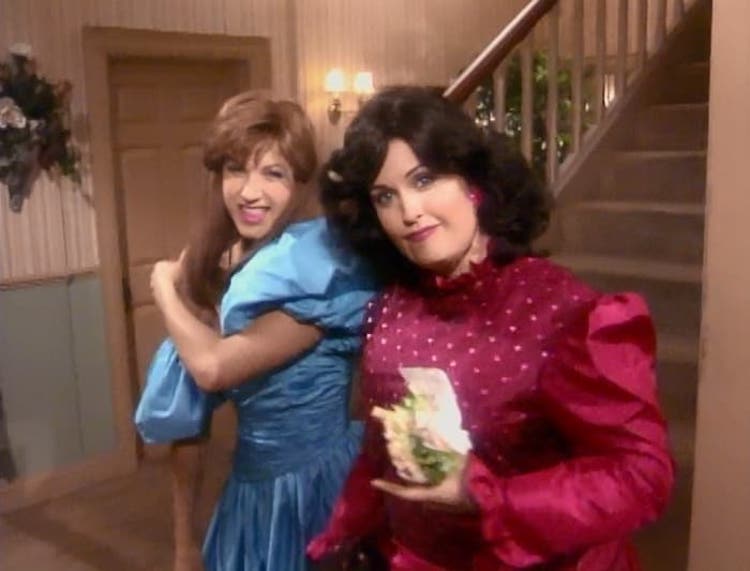 This episode is where the famous "she's your lobster" line comes from. Ross is worried about if him and Rachel will ever happen, Monica is trying to find a new job, and Joey gives Chandler some money and a hideous gold bracelet to pay him back for the financial help. The most important part of this episode, however, is when the gang pulls out Monica and Rachel's old prom video. This is when we first get to see fat Monica, Rachel's old nose, and Ross's crazy hair and mustache. In the video, we see Rachel worrying that her Prom date won't make it, and Ross steps up to take her to the Prom. Except when he's all dressed and ready, the camera turns around to show Rachel, Monica, and their dates (who have now showed up) leaving the house. When present-day Rachel sees what Ross did for her, she comes over and gives him a kiss that makes us all swoon.