"This is my way of pushing the door down and going, 'I can do more and I love doing more.'"

Produced by and starring Kaley Cuoco, HBO Max's The Flight Attendant was "definitely my coming-out party in the sense of showing everyone I can do something other than comedy," as Cuoco told USA Today. True to her word, the delightful dramedy, which is based on the 2018 novel of the same name and debuted on Thanksgiving 2020, "... gets quite dark, quite emotional," but Cuoco is more than game.

USA Today reported, "Cuoco, who describes her acting approach as 'fly by the seat of my pants.'" 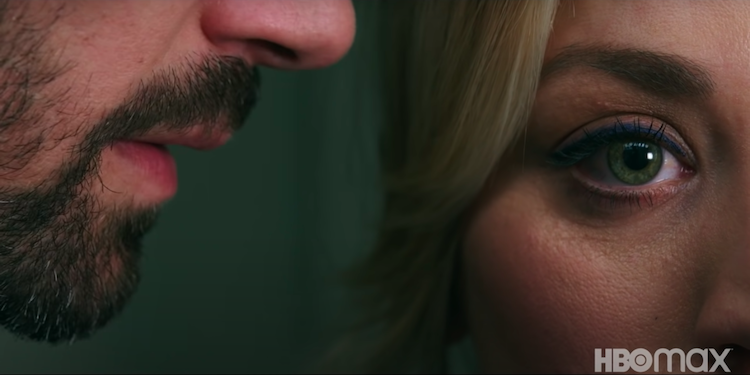 Cuoco, known for her comedic work on The Big Bang Theory, proves her drama chops plenty in The Flight Attendant. Her character, Cassie Bowden, is an entertaining, life of the party flight attendant, but when she wakes up next to a very dead man in a ritzy hotel in Bangkok, she has to clear her name, find the killer—and sort out how she got into this mess in the first place. The show is thrilling, fun, campy, and properly addictive, but it's also a sympathetic look at how high stakes can unravel us, and sometimes for the better.

The show's sincere strains of melodrama are for the best; like most good protagonists, Cuoco’s Cassie has a lot to figure out both practically and emotionally. That murder, that evidence, that shadowy organization—that tiny little addiction to alcohol, that tense relationship with her brother, Davey (a terrific, tender T.R. Knight), that unfair dependence on her best friend (Zosia Mamet, caustic and cozy at once). Because what good is not getting arrested or assassinated if you can't stop drinking, and what good is it to stop drinking if you're about to get arrested or assassinated?

That play between immediate, urgent mystery, and the long-simmering mysteries of Cassie's life and character work so well because of one of The Flight Attendant's best features: timing. Thanks probably in part to the show's director (Susanna Fogel, who also directed The Spy Who Dumped Me and Booksmart), and in part to its editors (Anthony Miller, Heather Persons, Jean Crupper, and Carol Stutz), the show's timing is rarely out of step. The stylish editing (hinted at in the trailer) is rapid-fire and fun when it needs to be, then leisurely when Cassie needs space to have a moment with her brother, or to be alone with her thoughts. Except—and here's another of the show's best features—Cassie isn't ever alone. Not really.

From the moment she finds him dead, Cassie hallucinates Michiel Huisman's character, Alex Sokolov. He's still dead, alright—almost comically soaked in blood—but he's sitting up, and chatting, and trying to help her solve the mystery of his murder. And, much to her chagrin, he doesn't just appear when she needs his help. He's there whenever he likes, and he's got a lot of persistent questions about her own past, and those pesky little bottles of airplane vodka she keeps downing. 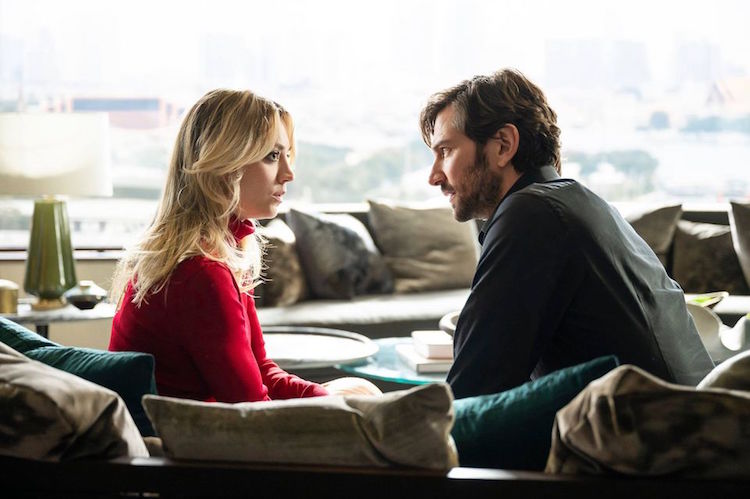 The Flight Attendant's indulgence in this fantastical gimmick is exactly what we need to help us sort through both Cassie's immediate crisis and the ones she's ignored for a long time now, without veering overly much into the boring, weepy territory. And best of all, it gives us lots of Michiel Huisman. The Flight Attendant is a coming-out party of his own, but instead of showing off his capacity for dramatic acting, which we already had evidence of (Game of Thrones, The Haunting of Hill House), The Flight Attendant proves that Huisman is that delightful thing: funny.

With one season and eight episodes, The Flight Attendant is incredibly bingeable (or go on, torture yourself and draw it out over eight weeks; we support you however you choose to watch your television). It's a reasonably self-contained story, but there are enough threads left loose that if you love it, you'll be pleased to know that there's a second season in the works! We happily and highly recommend it.

Have you watched The Flight Attendant yet? What did you think? Spill the tea in the comments, please!