Billie Piper co-created and stars in this surreal tour-de-force.

If you've been on HBOMax anytime in the last two months, you've seen ads for I Hate Suzie, HBOMax's newest British import. The Sky Atlantic original, which first aired in August 2020, stars Billie Piper as Suzie Pickles, an actress, wife, and mother with a big secret—and everyone's about to know it. When Suzie's photos get hacked, her life starts to fall apart. As she tries to pull it back together, the show asks the question: can any of us "survive being well and truly ‘known’"? We're along to find out.

Billie Piper, who you might know from Doctor Who, Secret Diary of a Call Girl, and Mansfield Park, co-created I Hate Suzie with playwright, writer, and producer Lucy Prebble, whom she met in 2007, when they both worked on Secret Diary of a Call Girl. While it appears there is material pulled from Piper's own life (finding celebrity as a pop star at a young age, starring in a sci-fi show), Piper and Prebble also found inspiration elsewhere.

Prebble told GQ, "Billie and I went into a room together and one of the pieces of paper we stuck up on the wall says, 'Things you never see and we're not allowed to say.' There was a sort of game of trying to shock each other, from the profound and traumatic through to shitting ... What we were keen to do, and Billie's always very strong on this, is to just be very honest. It's not even intentionally trying to be shocking, I don't think. I hope not. It's more like, what's missing from normal representation or what's missing from normal depictions of people, and of women particularly, that we want to show?"

So, should you watch it?

Absolutely. Suzie, a famous actress with a shot at being a Disney princess, can feel inaccessible—but as a mother in her thirties trying to navigate a difficult moment in her career, marriage, and friendship; being present for her child and figuring out her desires (in every respect of the word), she’s also kind of an "every woman." Piper is a phenomenon, giving us a crystal-clear look at a woman for whom everything is hazy. Her relationships with Naomi (Leila Farzad, sharp and funny), her best friend/manager, and her husband, Cob (Daniel Ings, excellent), feel fleshed out and lived-in. 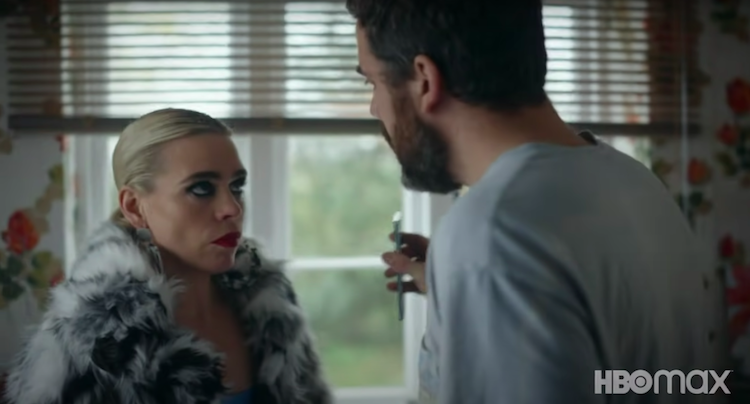 I Hate Suzie currently only has one season, with no rumor of a second, but that's just fine. As one of the actors, Nathaniel Martello-White, told Metro, "You’d love to see more but also why spoil something that feels complete." And it makes the show an even easier watch: eight episodes (each named for a stage of grief), each clocking in at about a half-hour. This irreverent, dauntless show also features a pair of brief, funny musical numbers, an interesting and valuable exploration of female desire, deaf representation (Suzie's son, Frank, is deaf), and two of my favorite lines in any television show.

The first is when Suzie's best friend, Naomi, calls her OBGYN about freezing her eggs. The unheard OBGYN must bring up her age because all we hear is Naomi retort: "I'm in my mid-to late thirties." The second is when Suzie, at her wit's end, turns to God and offers a little prayer. Afterward, staring up at the sun breaking through the clouds, she asks, "Have we got a deal?" and a little too late, adds, "I mean, Amen."

Watch I Hate Suzie and let us know what you think in the comments. Have we got a deal? I mean, the end.