WATCH: Carole Baskin Dances to 'Eye of the Tiger' in 'DWTS' Debut

WATCH: Carole Baskin Dances to 'Eye of the Tiger' in 'DWTS' Debut 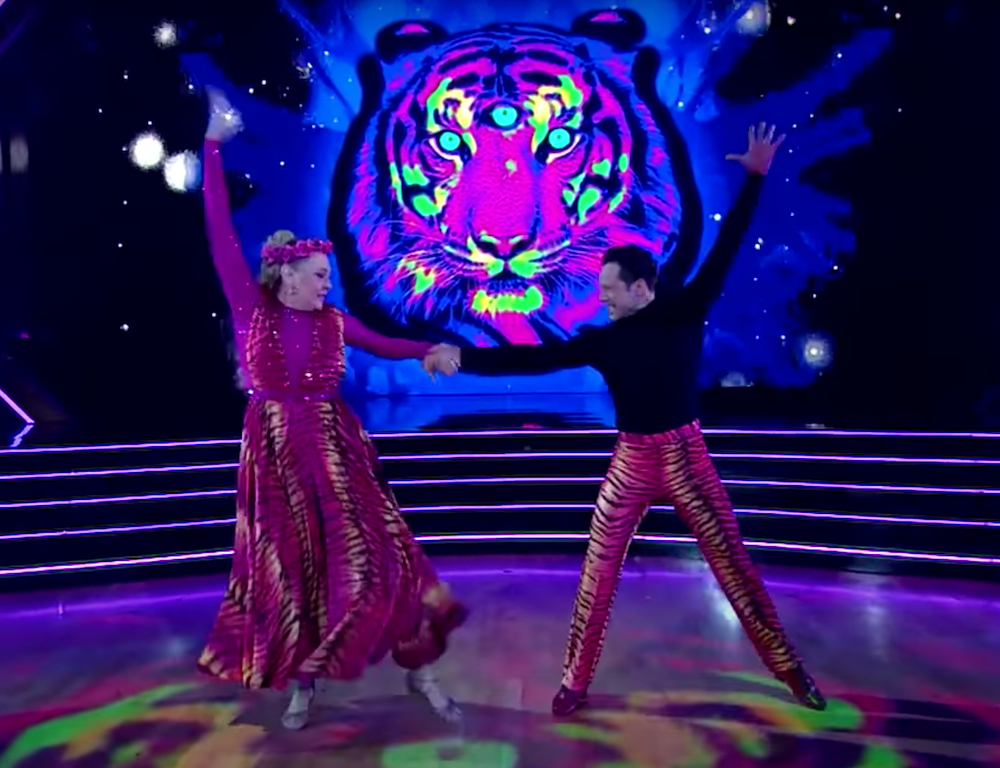 Courtesy of ABC (via YouTube)
shares
Join the Community

Tiger King star Carole Baskin made her debut on Dancing With the Stars last night, and man, it was a sight to behold.

Dancing with her partner Pasha Pashkov, the duo performed a Paso to the song "Eye of the Tiger" by Survivor because, of course, they did. And the two danced in head-to-toe tiger print, which frankly, begs the question if this "look" will be a mainstay during Carole's time on the show. Just some food for thought ...

You can watch Carole Baskin's dance below:

During Dancing With the Stars premiere last night, the family of Don Lewis—Carole's husband who mysteriously vanished in 1997—had a commercial air in the local Florida markets. The commercial features Don's three daughters, his former assistant, and the family's attorney.

Check out the commercial below:

Betty White Is Turning 99—Here's How She's Celebrating Her Birthday

Popular Children's Entertainer 'Blippi' Has a Questionable Past. Should He Be Canceled?

Every Title Coming to and Leaving Hulu This Month