"I still have an adrenaline rush!" one of the kayakers said.

Julie McSorley and Liz Cottriel were whale-watching from their kayak off the coast of Avila Beach in California. They thought they were a safe distance of 30 feet away from where the whales were breaching. A video circulating on the internet shows a terrifying moment for the pair (don't worry—both escaped uninjured):

The two, unscathed but shaken, shared their experience with the media.

"I saw the big pool of fish, the big bait ball come up out of the water. I saw the whale come up. I thought, 'Oh no! It's too close.' All of a sudden, I lifted up, and I was in the water," said McSorley.

Cottriel said, "The whale was right here in my face, literally. I'm thinking to myself, 'I'm gonna push. Like, I'm gonna push a whale out of the way! It was the weirdest thought. I'm thinking, 'I'm dead. I'm dead.' I thought it was gonna land on me. Next thing I know, I'm underwater."

Though the video seems to show the kayak and even a person be lifted up in the whale's mouth, McSorley characterized it as being capsized and tossed into the water. After the incident, McSorley and Cottriel were rescued by other paddleboarders and kayakers. 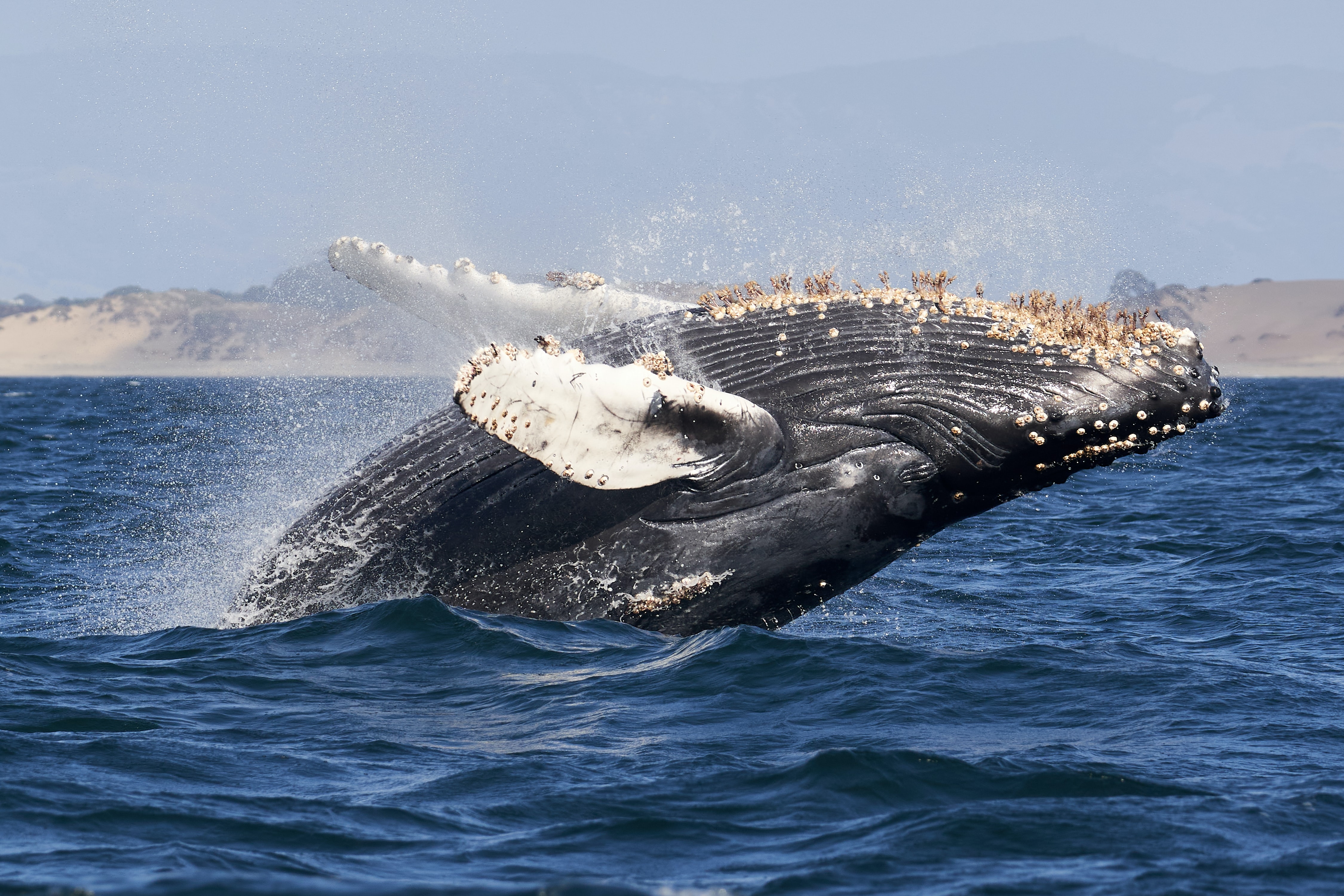 This wasn't an attempt to recreate the story of Jonah or Pinocchio—humpback whales eat krill and small fish, not kayakers. The two humans just got caught too close to natural feeding patterns.

"We got back to the car, I was shaking my shirt and a bunch of fish came out of my shirt," Cottriel said.

Humpback whales are active off the California coast year-round and officials advise a distance of at least a football field between whales and whale-watchers.

Have you ever been whale-watching this close? How scared would you be if this happened to you? Leave a comment!