Last year, it was Rudy Giuliani and The Joker. In 2016—the last presidential election year—it was Donald Trump, Hillary Clinton, and Vladimir Putin. This year, adding to her vast 90+ pumpkin repertoire stretching over 32 years, artist Jeanette Paras has transformed a 451-pound pumpkin into "The Child" (aka Baby Yoda) from the popular Disney+ series, The Mandalorian.

The pumpkin she used was grown in Galena, Ohio, by Scott Kulpa. The gourd itself measures 451 pounds and 40 inches in diameter, but with the ears that Paras added, the final creation is approximately 10 feet long.

Paras works out of the garage of her home in Dublin, Ohio. Her many celebrity pumpkin creations include Britney Spears, O.J. Simpson, Oprah, Jay Leno, Tom Cruise, Paris Hilton, Dr. Phil, Kim Jong Un, Prince Harry, Kanye West, multiple iterations of President Donald Trump, and more. You can check out a gallery of her work here. 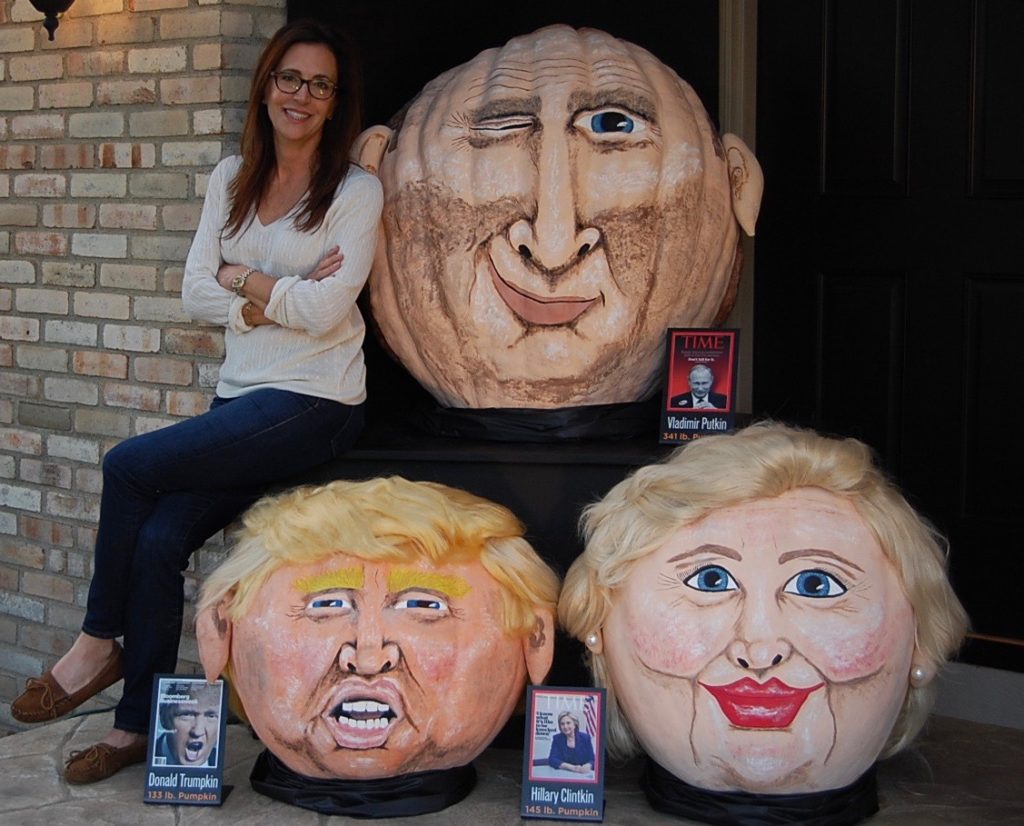 “I want people to look at Baby YodaKin, smile, appreciate his cuteness and enjoy a moment away from everything going on in the world today,” Paras said in a press release. ”To me, Baby YodaKin represents the mental-health break we need.”

What do you think? Which celebrity would you like to see Paras do next? Tell us in the comments!