The Beer Spa Is the Only One of Its Kind in the US, and It's Right in the Heart of Denver

The Beer Spa Is the Only One of Its Kind in the US, and It's Right in the Heart of Denver

So what's The Beer Spa? The OCN Street Team jumped on the invitation to check it out.

It's heaven actually. The Beer Spa by Snug is all about true wellness. With the love of beer to aid in relaxation (yes, you drink it and you steep in a hot tub of it), and a communal spirit (for couples, girlfriends, singles, too) at an extremely affordable price, it's the place to eat, drink, sauna, soak, and get a killer zero gravity chair massage! The aesthetic is masculine European shabby chic (is that a thing?). The Beer Spa by Snug just opened on February 26, 2021, in the Whittier district at 3004 N. Downing Street in Denver.

The owners (and married couple), Damien Zouaoui and Jessica French, are both a little bit of heaven, too! 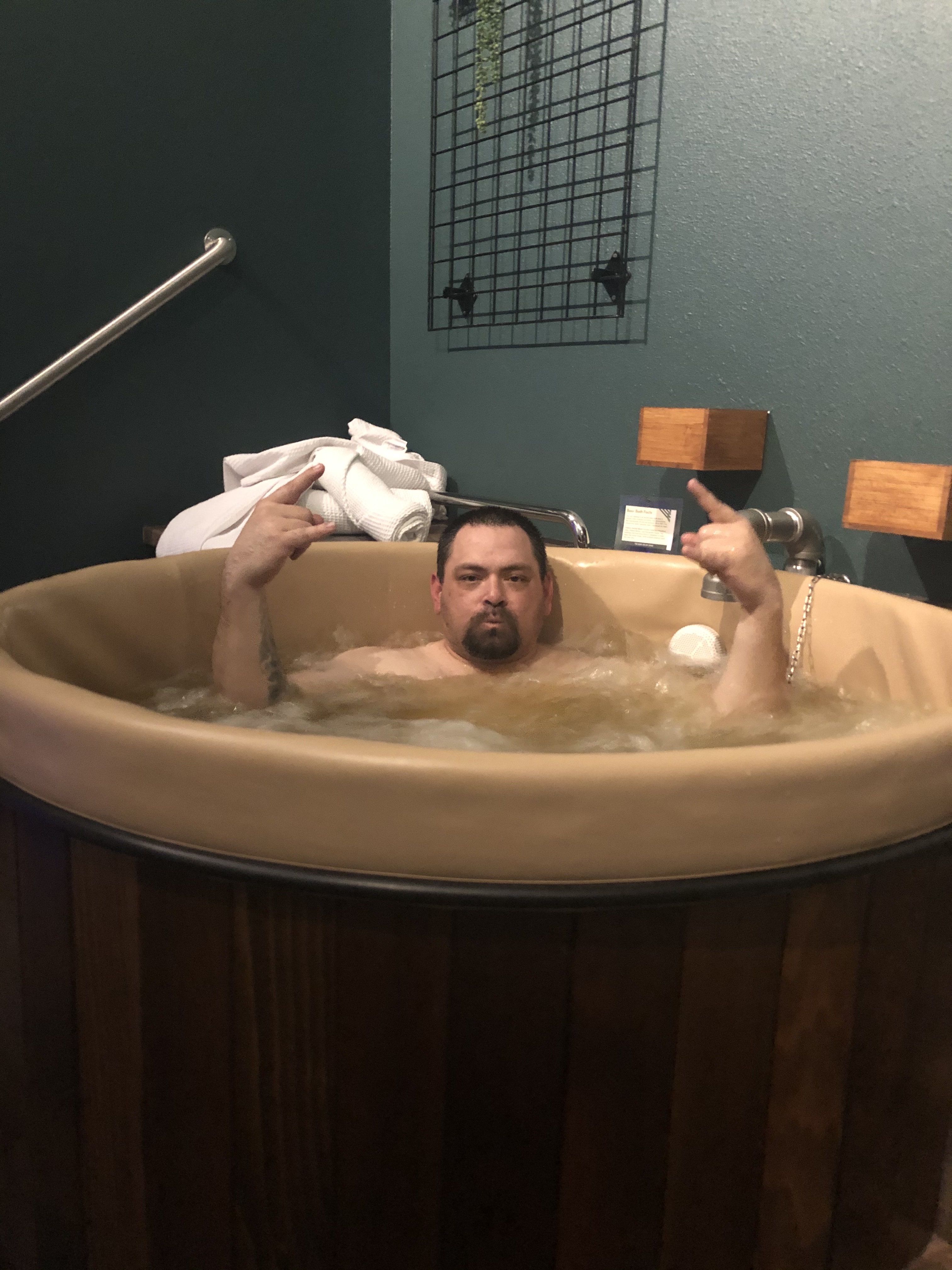 Jessica French (Florida native, professional, entrepreneur-at-heart) swiped right and found Damien Zouaoui (Parisian native, professional, kindred entrepreneur, and world traveler-at-heart). Their whirlwind dating ensued while Zouaoui was training for the Brooklyn marathon, and six months later on the day of the marathon, French met him at the half marathon marker and popped the big question: Will You Marry Me? Suffice to say, he did say, "yes," but she'd have to wait for another 13 miles for him to cross the finish line (3:34 BTW) to get his answer!

So where does the beer come in? We're getting there.

Married shortly after they jet-setted for 14 months to travel the world "to find new business ventures that we could bring back to the U.S." After a chance flip of the coin (literally), they ended up in Poland and that's where the beer and the beer spa inspo comes into their story. They first experienced the eastern European "beer spa" there and proceeded to Prague and Budapest for more. As they continued to travel the world by storm, they fell in love with the eastern culture's way of community through the steam baths and spas in places like Korea and India.

Their love for community, wellness, and food/beverage was the trifecta for their passion and business sense; hence, the development of the only beer spa in the United States was the power couple's business "baby" that came to be. 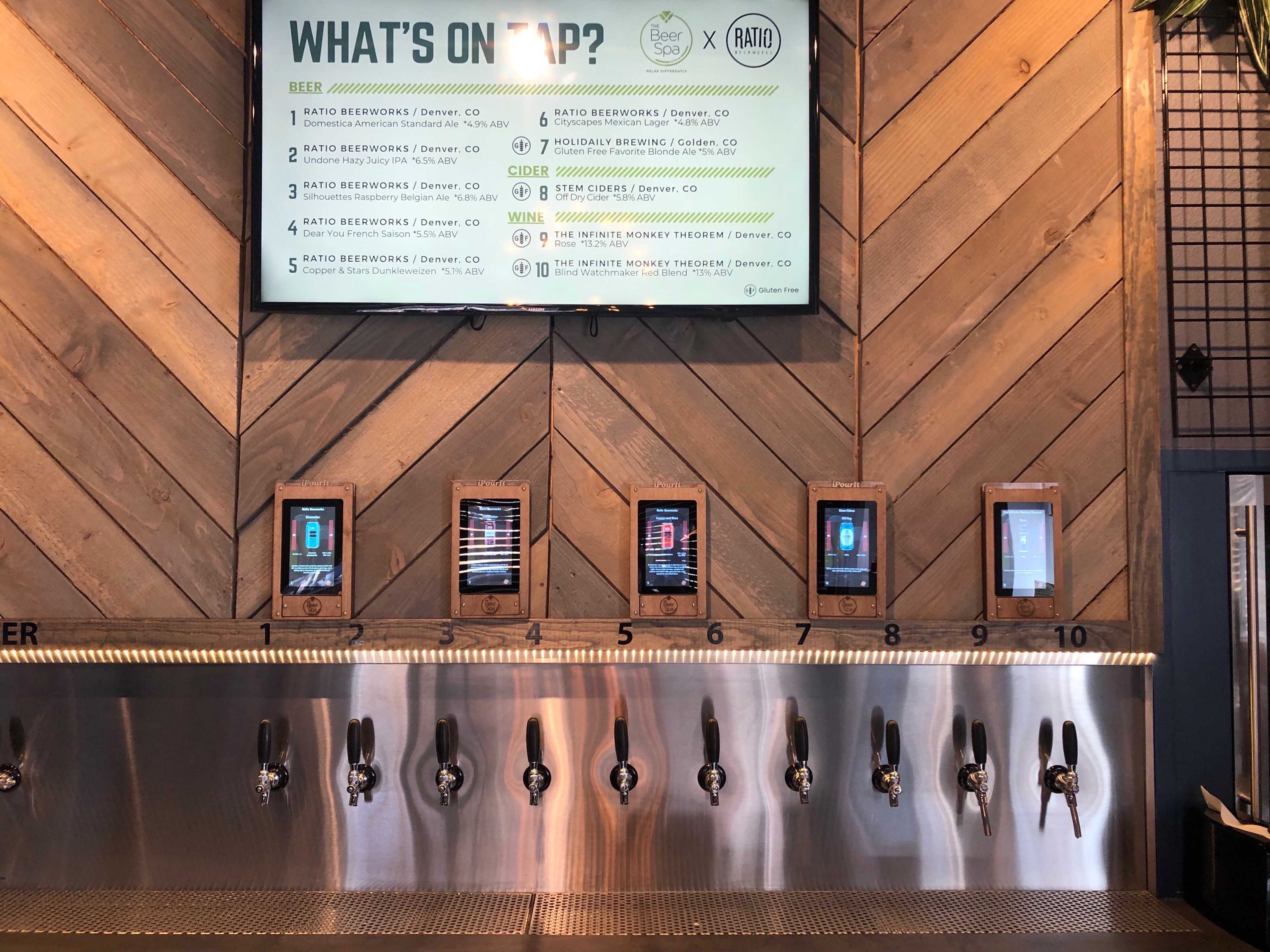 Local brews on tap at The Beer Spa 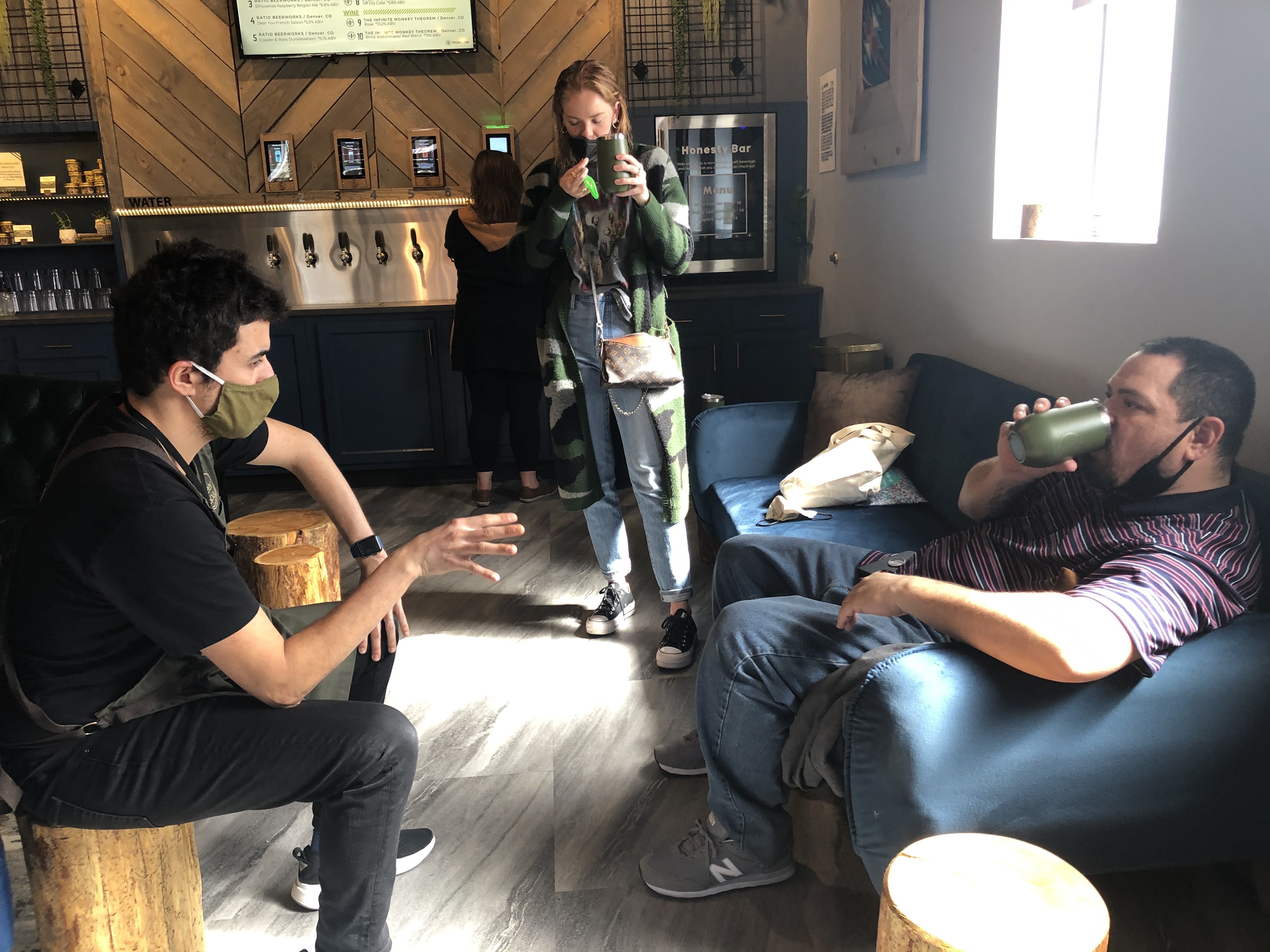 So Why Denver? We already know the answer.

After some intense research, they found Denver, Colorado appealing due to the demographics of the age groups living here, substantial median income, craft beer city (over 400 breweries in Colorado), huge tourism, and the financial support offered to small business startups especially to the areas of Denver that are looking for more economic development. Hands down, Denver was the place to be. The Beer Spa settled into a refurnished 1904 house in the Whittier neighborhood with plenty of pedestrian-friendly spots; Curtis Park is just down the street. 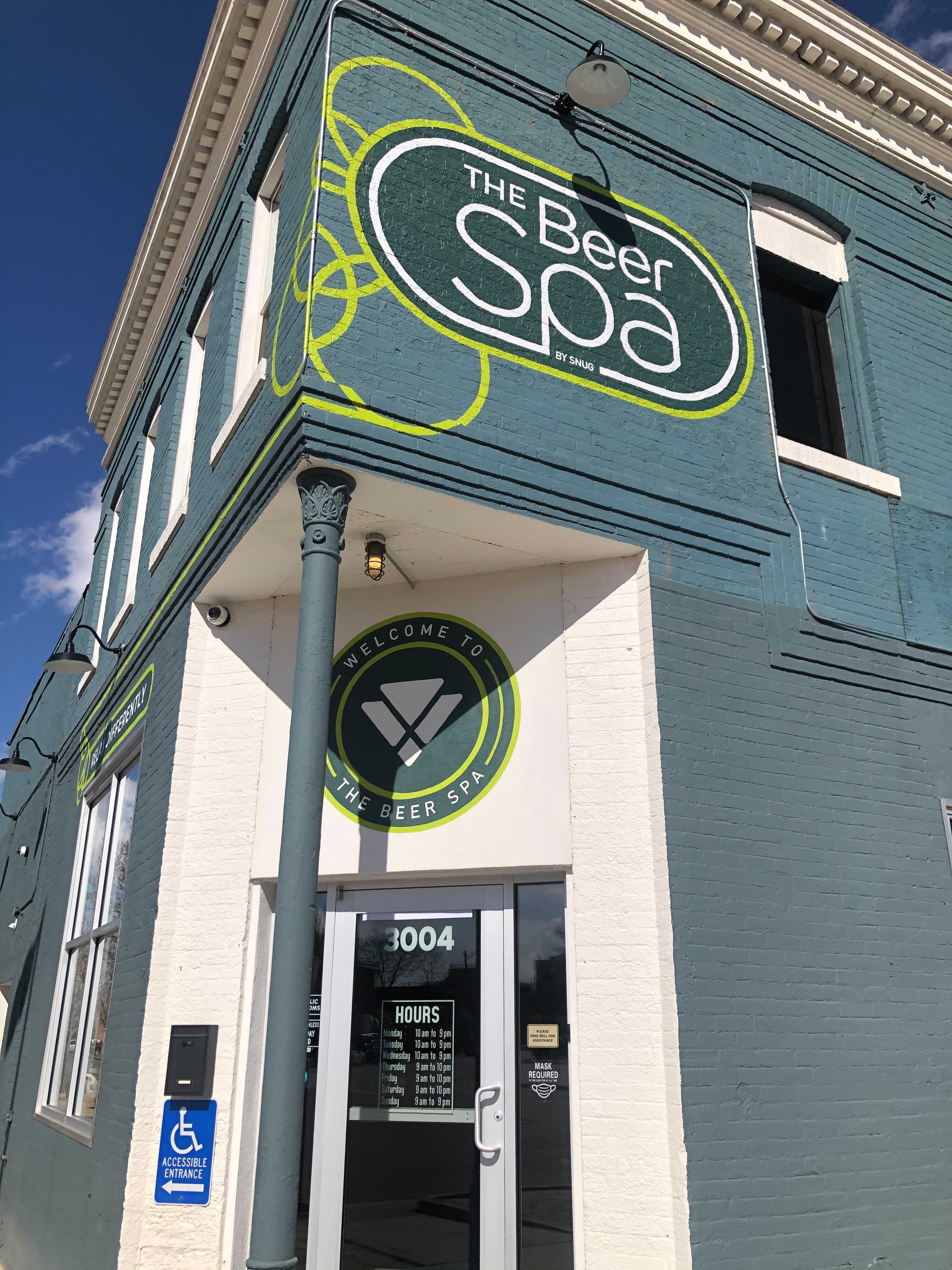 The OCN Street Team never felt better after we were treated to the full Beer Spa experience that included the all-inclusive beer therapy room, zero gravity massage, and a $10 credit each for any beer and cider on tap (all local brews). Honestly, it was hard to leave and we wanted to bring friends along next time. 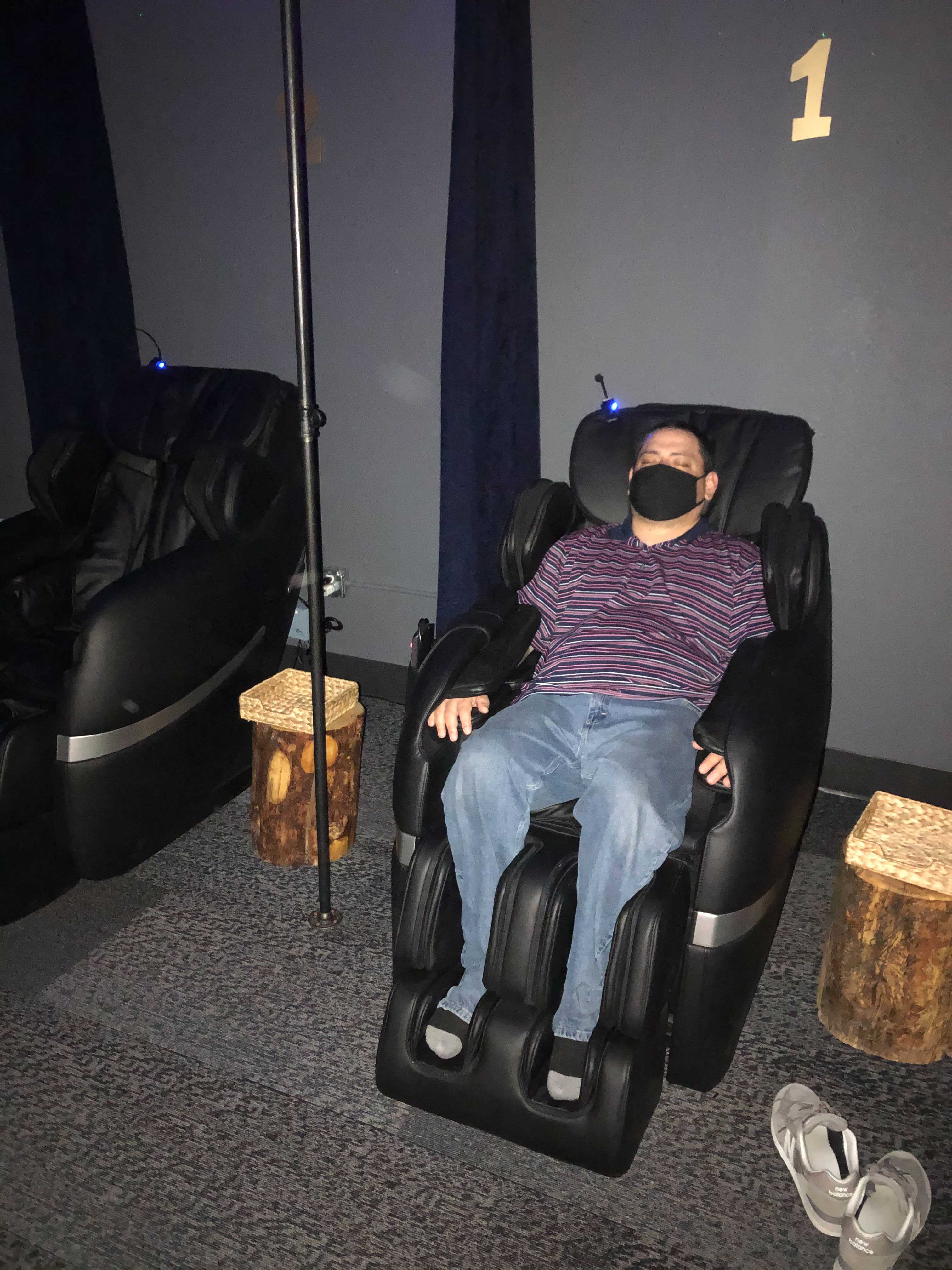 The Beer Spa is giving away a $150 credit to one of our lucky OCN members! Check out the details and enter to win on our Instagram, here. Don't want to wait—we don't blame you!

Make your reservation online or call, text 720-810-1484, or email: [email protected]
Find The Beer Spa by Snug on Facebook and Instagram.

*All photos courtesy of the OCN Street Team

We'd love to share notes with you on The Beer Spa. Tell us about your experience in the comments.