The Run-Around: How to Handle Your Evening Run in the Dark

The Run-Around: How to Handle Your Evening Run in the Dark

As the days get shorter, you may find yourself running in the dark. Here's how to stay safe at nighttime.

Now that we're steadily approaching winter, and Daylight Saving Time has passed, you may be finding it harder to get your workout in at the end of the day. The sun goes down earlier, which means its darker and colder than ever before.

So what should you do? Upend your whole workout schedule and find a new time to run (or just hibernate for the rest of the year)? Nah! Just make a few small adjustments to your current routine. 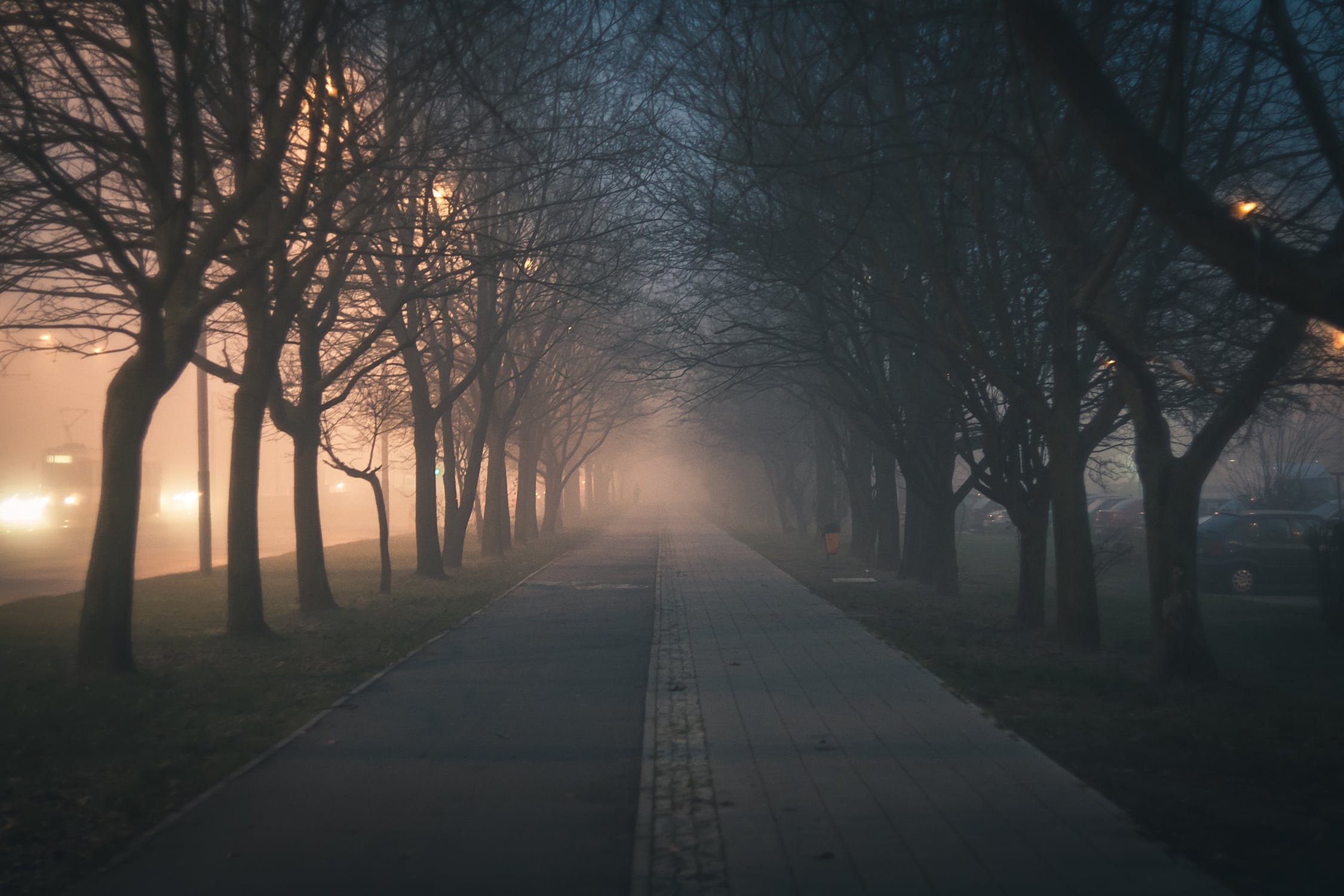 Nighttime makes it harder to see. Here's how to combat that. Courtesy of pexels.com.

Tips for Running at Night

Honestly, I'm afraid to run at night, and it's because I'm afraid of the dark. Yup, I'll admit it. I'm 26 years old and afraid of the dark. But here's why: It's hard to see! That's it! We aren't built with night vision. You don't know what's out there, you can't find the source of the sounds around you, and it's easier to get hurt in the dark. And alternatively, it's hard for others to see you. Why would anyone like the dark?! So aside from the cracks in the sidewalk and the uneven ground waiting to trip you up, drivers and other people out exercising have an easier chance of running into you.

So here are a few expert ways to stay safe if you're running outside at night:

This isn't some covert mission. You don't want to blend in with your surroundings. Night vision is bad as it is. This means avoid colors like black, navy blue, brown, or even dark green. Get your highlighter colors and neons out. Traffic-cone orange, yellow, and white are all good colors for nighttime running. Throw some reflective gear in there, and now you're extra visible!

I've noticed a lot of people don't know these rules. Pedestrians, runners, and anyone exercising on foot should always be moving against traffic. It may seem counterintuitive, but it makes it easier for you to see cars coming and for cars to see you coming. If the shoulder of the street you're on is on the tight side, running against traffic gives you the opportunity to see an upcoming car and move over as far as possible. On a bicycle? Ride with traffic. Bikes are supposed to be treated like other cars when there isn't a bike lane available.

3. Leave your music at home!

Nighttime is not the time to cart your iPod and earbuds with you. With the dark cutting down on visibility, you need your other senses in full gear to make up for it. You want to be as aware of your surroundings as possible to avoid any unsafe situations.

4. Be aware of assailants.

It's always a possibility that someone may choose to harass you while you're out on your run. Nighttime doesn't necessarily make it more likely that you'll run into this kind of trouble—it just makes it easier to have these problems. Again, it's harder to see in the dark so you may literally find yourself running into an unsafe situation. Keep your head up, change your running route every so often so no one can identify a pattern, and maybe grab a buddy to go with you. There's safety in numbers or at least safety in a cell phone. Bring your phone or let someone at home know when to expect you to come back.

Running at night is inevitable. Probably every athlete has found themselves out after dark at some point in their training. It's nothing to worry about or avoid as long as you know how to stay safe.

Do you have any tips for running at night? Share in the comments!

Children Are Feeling the Stress of COVID-19 – And It's Negatively Impacting Their Mental Health, Study Says

How to Keep Kids Safe From Ticks