Tips for Surviving a Lightning Storm

Tips for Surviving a Lightning Storm

Recent lightning injuries remind us all to be aware of the weather out there.

Lightning has certainly made itself known this year. As you've probably seen in the news, a recent hike up Mount Evans put trekkers right in the danger zone. The weather at the summit was beautiful, but within 30 minutes, it was snowing, then raining, then those heading down from the summit could palpably feel the electricity in the air. This was all before noon, which is fairly early for storms to come in, though not unheard of.

The hikers on Mount Evans reported hearing crackling and buzzing around them. Another hiker's hair was standing on end (which is the last thing you want when lightning is afoot). It was a bad situation that luckily turned out okay for this group because there were no strikes. Hikers on Devil's Head were not so lucky a few weeks ago when lightning hit rocks at the summit, injuring eight people, one critically.

As we are an active state who loves our outdoors and hiking, there are steps to take and practices to follow if you find yourself caught in Mother Nature's path. Here are a few things to keep in mind, according to Weather.gov, when it comes to lightning safety.

Prevention is the best medicine

Avoid the storm in the first place. Before you head outdoors, understand Colorado lightning season, which yields around 500,000 ground strikes a year. According to Skyview Weather, Colorado's lightning season begins in March, is very active throughout June, July, and August, and tends to peter out in September. It's a rare summer afternoon in Colorado that a storm doesn't roll in. If you are thinking of going out for a hike and see clouds on the horizon, you might rethink those plans and wait until they pass (which they often do by evening). Experts say to finish hikes, etc., by lunchtime, though as the hikers on Mount Evans found, the storms will occasionally blow in earlier.

If you hear thunder, it's time to boogie

When thunder roars, head indoors. Lightning is an unpredictable phenomenon: it can literally strike out of the blue. That's because lightning can travel up to 10 miles horizontally before striking the ground. The sky above you may not look ominous, but if you hear thunder, you are in the range of lightning strikes and need to head to shelter. 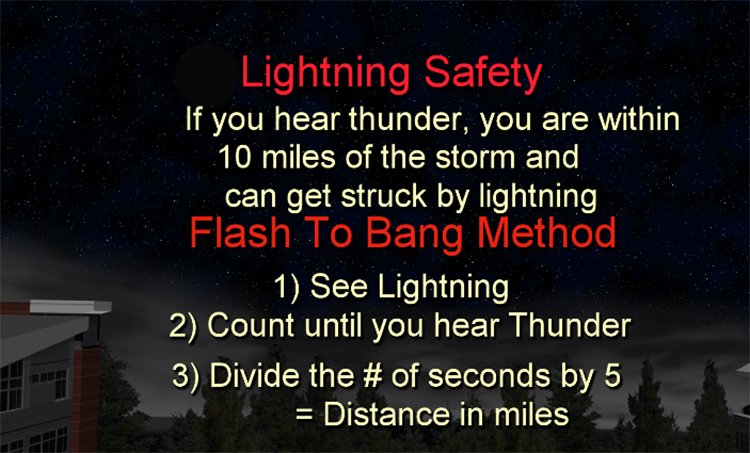 If you hear thunder, make sure that nothing metal and pointy is sticking up from your pack. Metal on your body won't attract lightning, contrary to old wives tales, but it is an amazing conductor. If you have time, remove metal from your person, but if you are right in the thick of things, don't waste precious time flinging your rings - just get to safety. However, if something metal is sticking straight into the sky, that could cause problems (think trekking poles or golf clubs).

"Height, pointy shape, and isolation are the dominant factors controlling where a lightning bolt will strike,” says the National Weather Service.

We've all heard this one before. But here's the catch: if you are out in the wilderness, and the only thing you might see are simple sheds, rain shelters, outhouses, etc., they won't help you much at all. It's simply because they have no water pipes, wires, etc., that act as grounding in the event of a strike. So, that charge will have nowhere else to go except you. Also, no tents.

But, what if, like several unlucky people this summer, a storm hits hard and fast, and you are stuck outdoors?

We've been taught to move away from open areas, mountain tops, and water, but here are a few more tips to reduce your chance of being struck by lightning if you are truly stuck where you are. 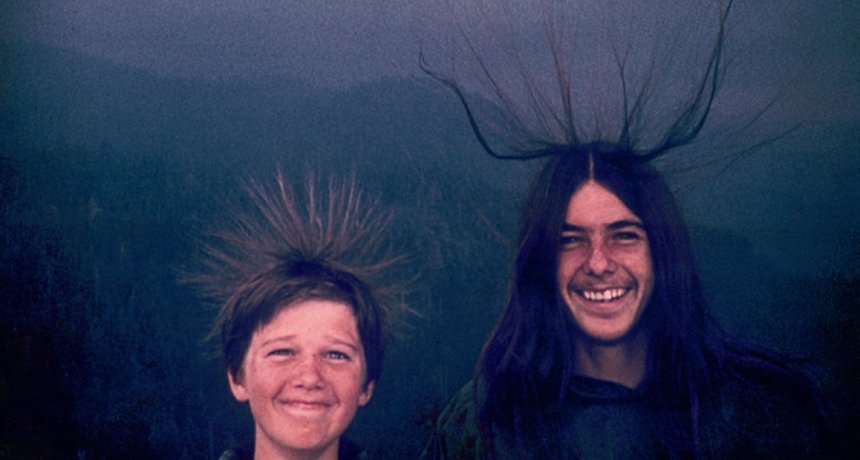 This is the quintessential lightning warning photo. The McQuilken brothers had no idea what was happening while hiking in California in 1975. A huge lightning strike hit, and fortunately, both brothers survived, though another hiker died as a result of the strike. If your hair looks like this, make yourself as small as possible.

And, in the rare, but unfortunate event someone is struck, follow these tips from Weather.gov:

You can learn more safety tips at Weather.gov.