Scream at your own risk.

It’s the most wonderful time of the year … for horror fans! Halloween is upon us and that can only mean one thing: going to as many haunted houses as we can fit into our schedule. As a horror and Halloween fan, haunted houses are the BEST part of every Halloween season. I have gone to, volunteered in, curated, and absolutely adore haunted houses.

So, I’ve gathered up 13 scary haunts for you to take your reluctant friends and family … unless you dare to go alone.

(The following list of haunted houses is in no particular order.) 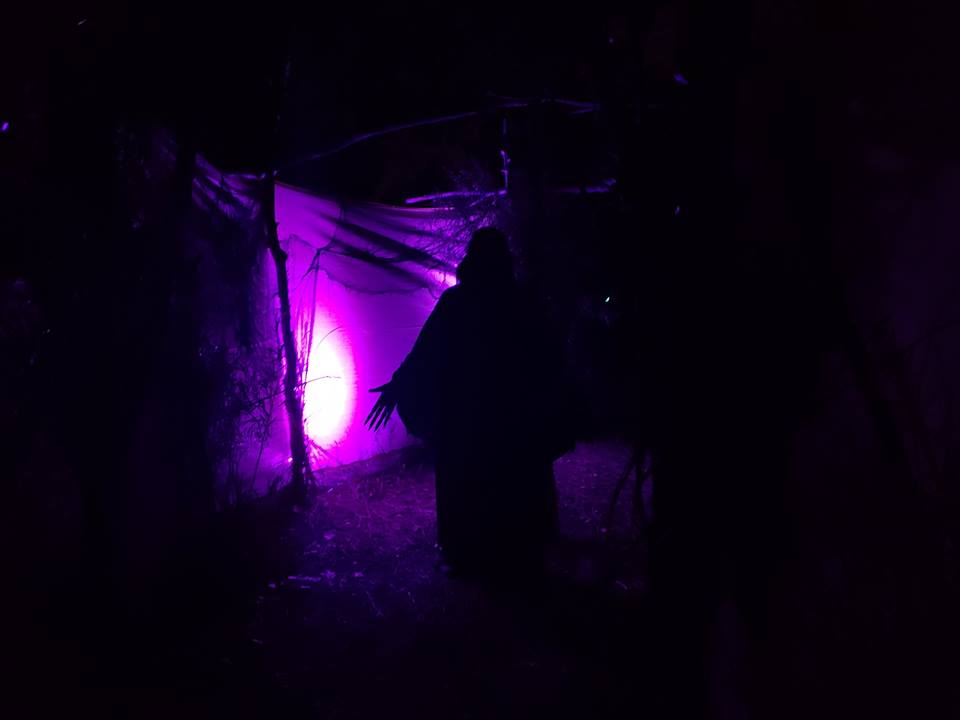 Fright Acres is compiled of four parts in the largest outdoor haunted venue. (Siiick.) Fright Acres includes Goblin’s Grove, the new Fright Zone, Reaper's Hollow, and Dead End Motel. Fright Acres keeps crawling with new haunts every year. And this haunt is longer than most. While some haunted houses may take up to 15 to 20 minutes to walk through, Reaper’s Hollow takes up to 20 to 30 minutes to go through—and that’s just Reaper’s Hollow. The haunt is owned by two artists who have been doing haunts for years, so you know this is gonna be lit. Starting September 28, Fright Acres haunts your dreams.

Fear of the Dark at Chipper’s Lanes – Fort Collins

Our first haunted house attraction on the list is ... at a bowling alley? What? Chipper’s Lanes has built a two-story haunted house that will have you calling your mom for help. They guarantee you’ll be scared before you even enter the 3000-square-foot prison break. They only have one piece of advice for anyone: survive. Fear of the Dark opens October 18.

City of the Dead – Henderson 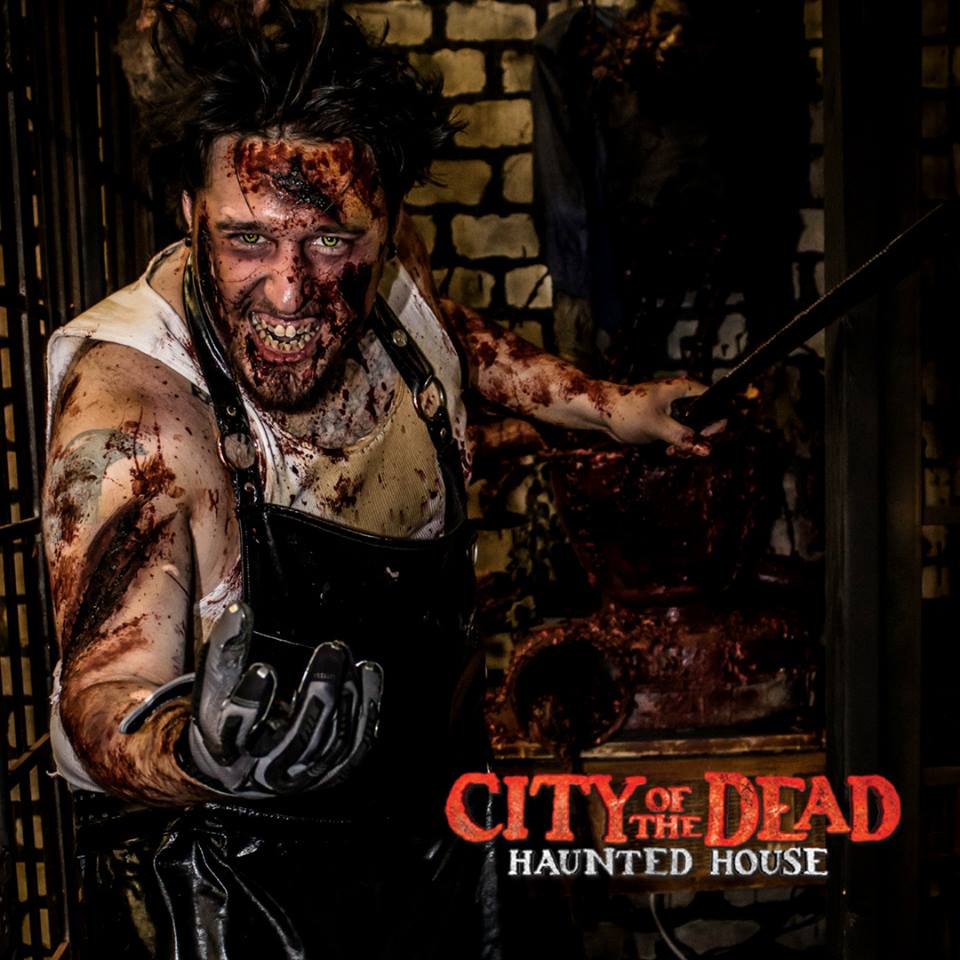 Courtesy of The City of the Dead.com

USA Today has quoted this haunted house to be "one of the scariest in the nation." This year they plan to unleash all of the undead and asylum goodness one could get for a night. City of the Dead takes you through a forgotten town where the living dead roam the streets. Asylum, their second park, lets you wander as a guest through the asylum. Be wary of the patients! Some of the most deranged ones might want to be your new best friend. Opening night is September 20. 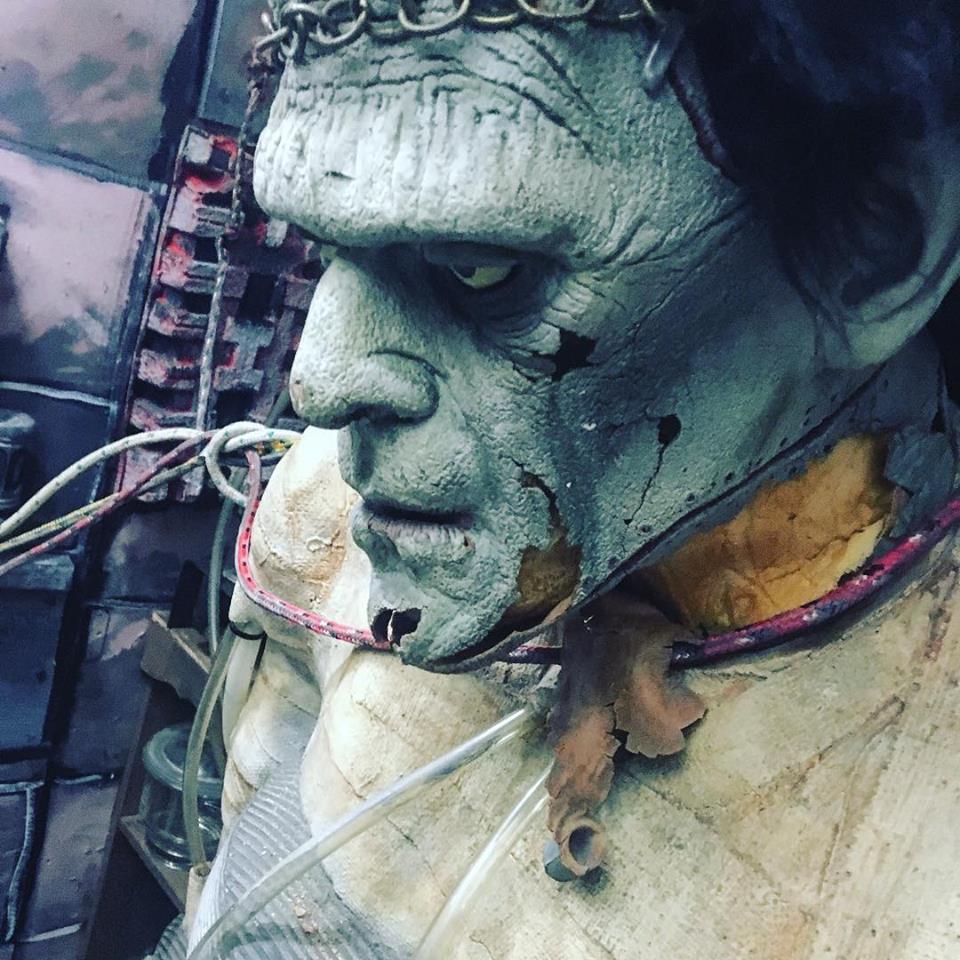 We’re big fans of Reinke Brothers, obvs. Their haunted mansion is for big and little horror fans. The "Universal Studios" type tour is ticketed and starts September 27. They offer a "lights-on" tour where little horror kids can enjoy the mansion without special effects, "monsters", and all of the lights on. This costume and prop shop has a lot of heart and continues the 50 years of family tradition every year.

The Forest of Doom – Morrison 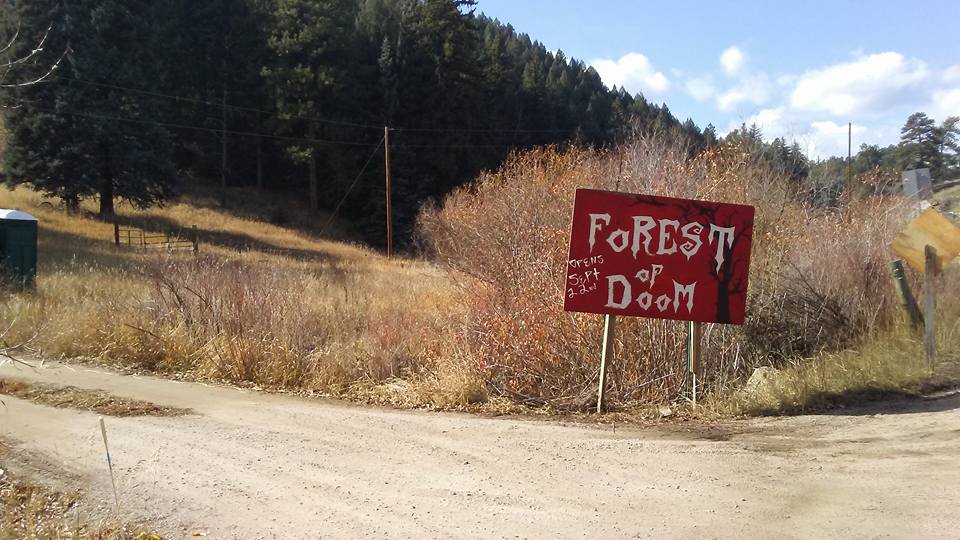 Rated in the top 5 for Colorado THIS YEAR. Why? Because it’s never the same path. That’s right, haunted house fangirls and fanboys! The Forest of Doom solves the most common problem when it comes to repeat visits to haunted houses. They are a mobile haunted attraction that changes their path every week. Every week, the path gets longer. While opening night is still unknown, the hype around this one is too real. 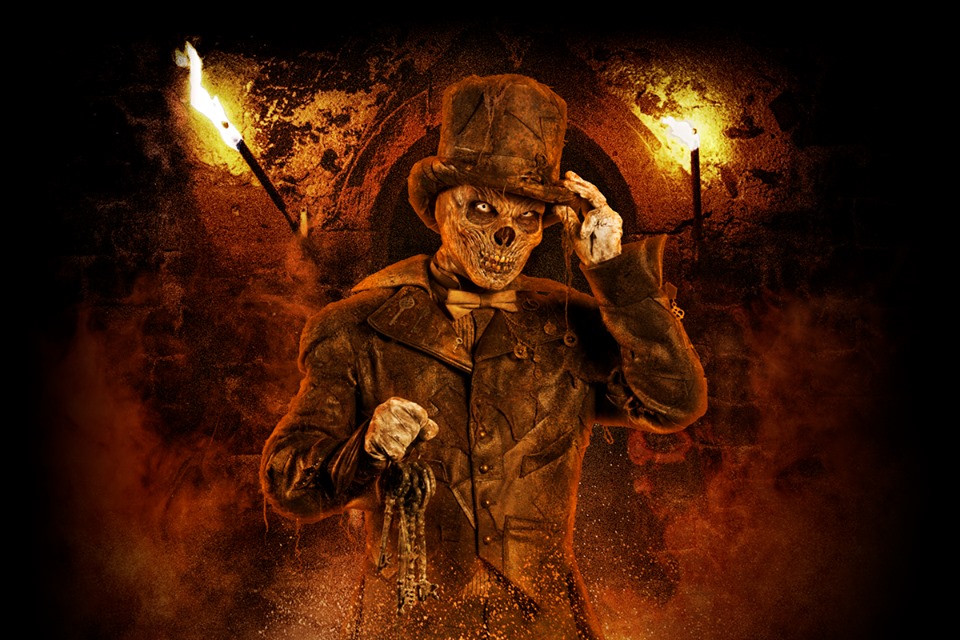 13th Floor holds a special place in my haunted little heart. It was the first haunted house I’ve been to in Colorado. It delivers fun and screams all night long! It’s brilliant for first-time goers and horror fans alike. Unlike some other haunted houses on this list, 13th Floor is a chain. They have haunted houses in Chicago, Phoenix, and 13 other locations. This year in Denver, three new stories unfold about clowns, the unknown, and tales from the other side. Opening night is Friday the 13th (of course!). If you plan to go with friends, you might want to pick a weekday for the shorter lines. 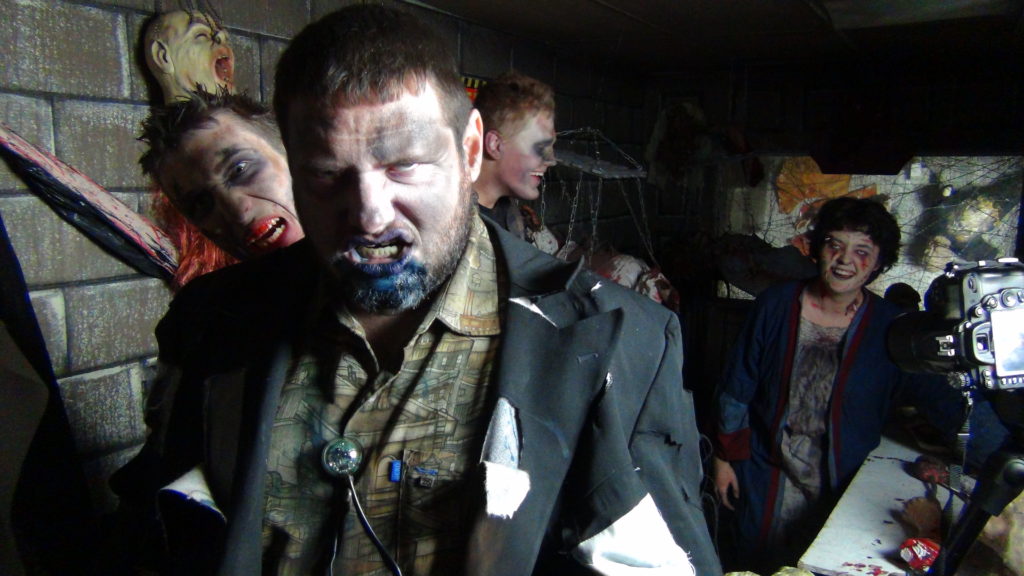 Hellscream has been giving people nightmares since 2008, and this year their Haunted Mines are BIGGER and DARKER. Spread across 28,00 square feet, there’s nothing but screaming actors, high-end décor, and little to zero lights. Perfect for anyone who’s never been to a haunted house before. But, of course, Jack Slaughter and the cast of characters at Hellscream are also all waiting for you and your friends to say hello. September 27 is opening night, but you might want to go on a weekday because of shorter lines, like 13th Floor.

Terror in the Corn at Anderson Farms – Erie 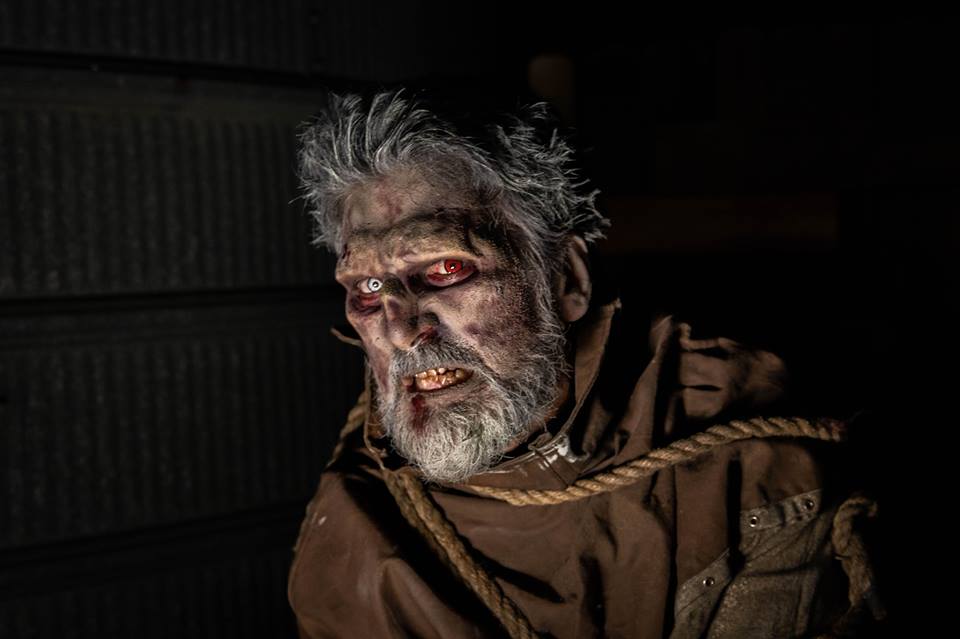 Courtesy of Terror in the Corn.com

Terror in the Corn is fantastic for those who WANT a haunted a corn maze, but WILL NOT get lost in a maze. This three-part haunt attraction is all on one singular path. The first part is a hayride to the "corn maze". The second part is you and your terrified friends getting dropped off at the maze where you’ll reach the third and best part … a haunted ghost town. In its 18th year, Terror in the Corn knows exactly what they’re doing—especially since they’ll still honor your ticket if you’re in line at closing time. They're welcoming victims starting September 27. 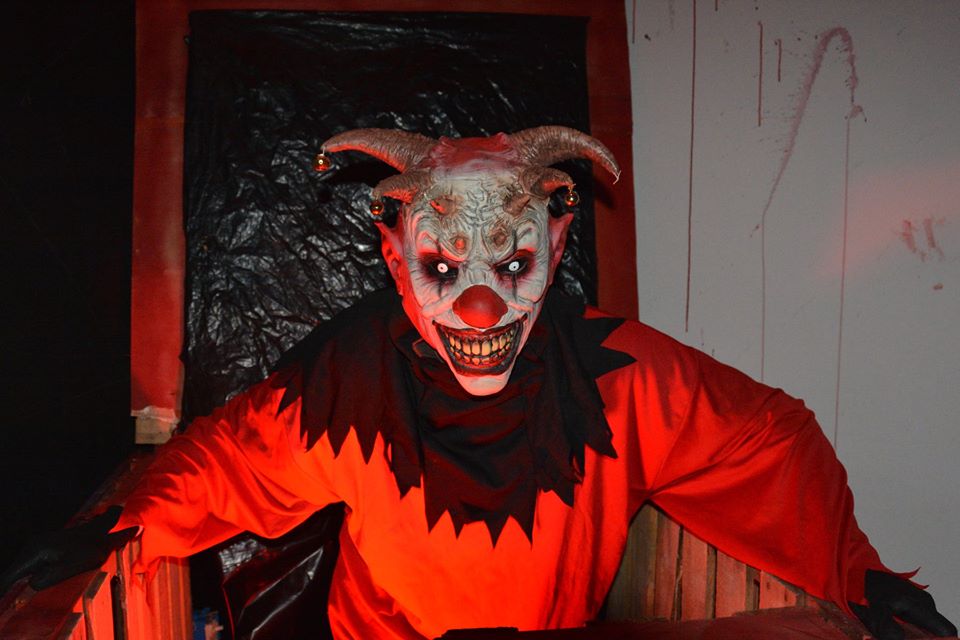 Deep in Canon City, Colorado, sits a haunted gem. Aftermath Haunted House may only be open for four nights in October, but they’re very coveted. As one of 2019’s must-see haunted houses in Colorado, Aftermath has proven over and over again how much they love what they do. From zombies to clowns and werewolves, Aftermath has everything your Halloween heart could love. They also have a bonfire and a zombie laser tag planned for this year as well! 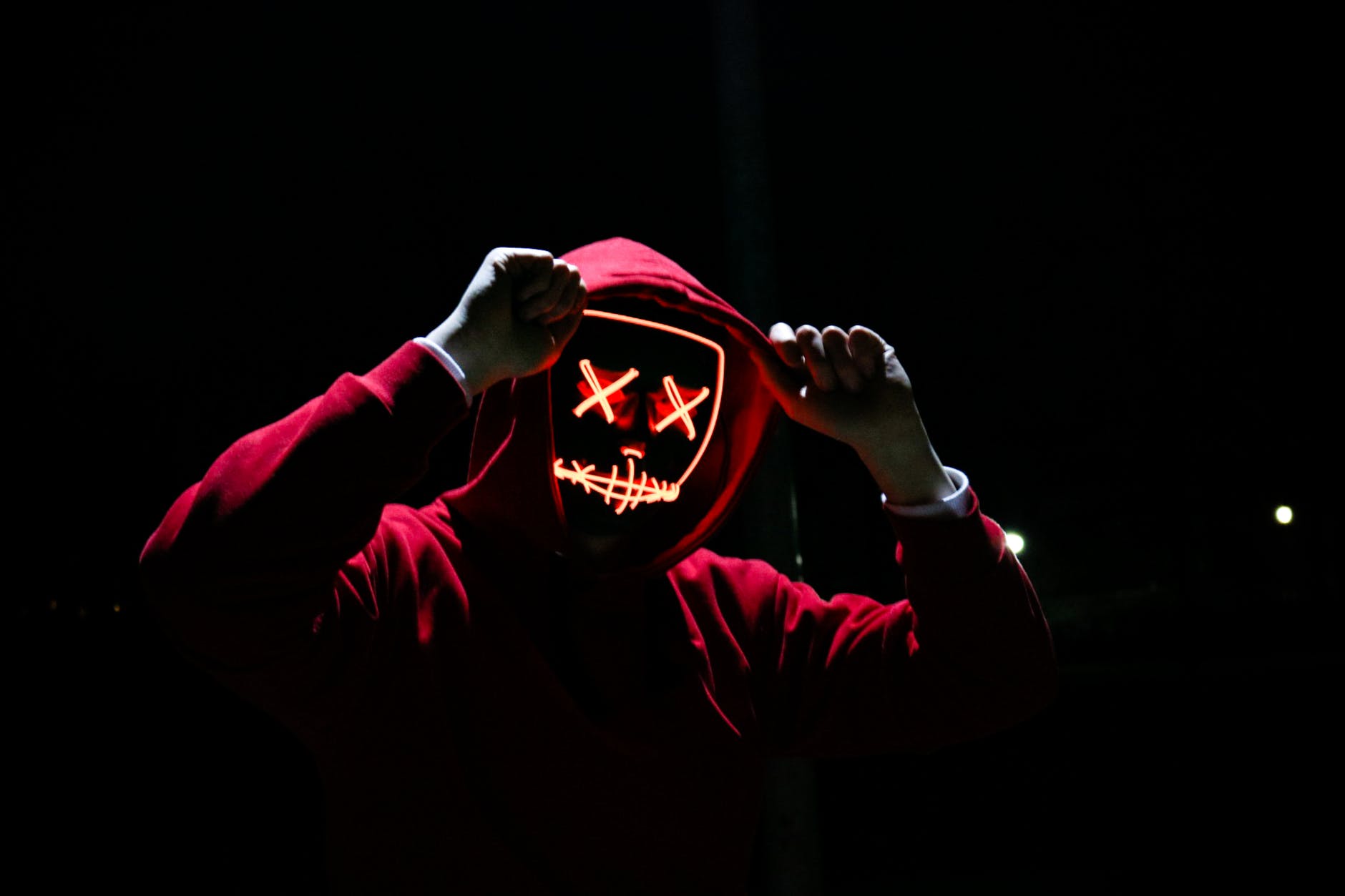 Wait ... as in dead cell zone?! No, silly. Think scarier. Dead Zone offers a haunted corn maze featuring their main character, "The Krow". The Krow and other paranormal creatures haunt the abandoned field at night waiting for curious and brave victims, I mean, travelers who explore the field at night. This haunted house also features an outdoor horror film viewings. For four weeks, they will be showing Killer Klowns from Outer Space to modern-day horror comedies like Happy Death Day. Opening day is in October. You can find tickets and more here! 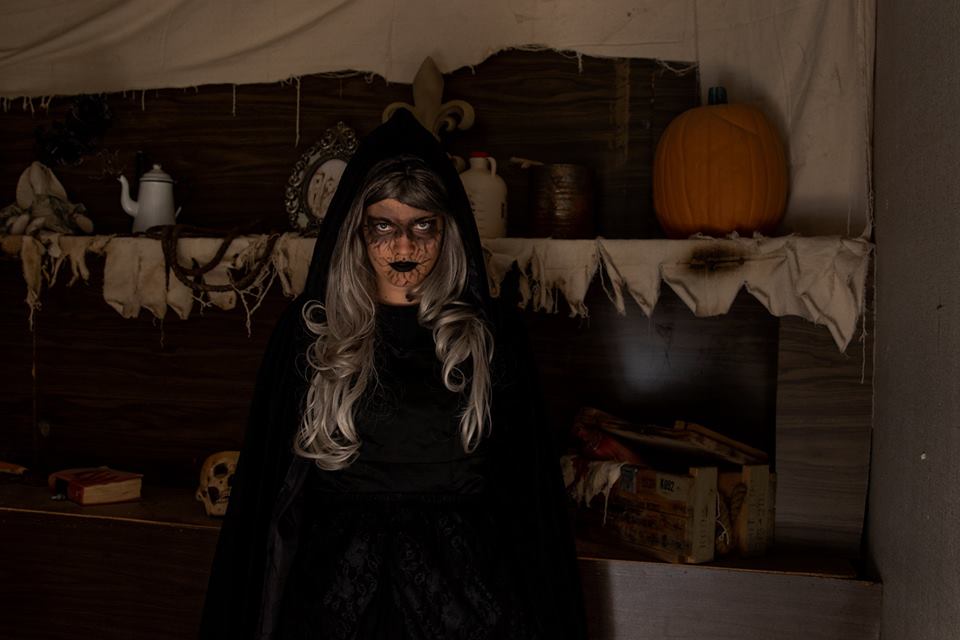 Scream Acres at Fritzler Farm Park is packed with so much fun that you can throw away all your other plans for Halloween and rush towards the corn, friends. Buy a ticket and you’ll get access to the whole park: rides, corn maze, go-karts, and so much more. They brought back an old haunt and they are introducing a brand new haunt to the farm. Ashes of Creation is back by popular demand while Silver Screams make its debut this year. Tickets are available on their website. Scream Acres opens September 27, but their super ticket sale ends Friday the 13th. 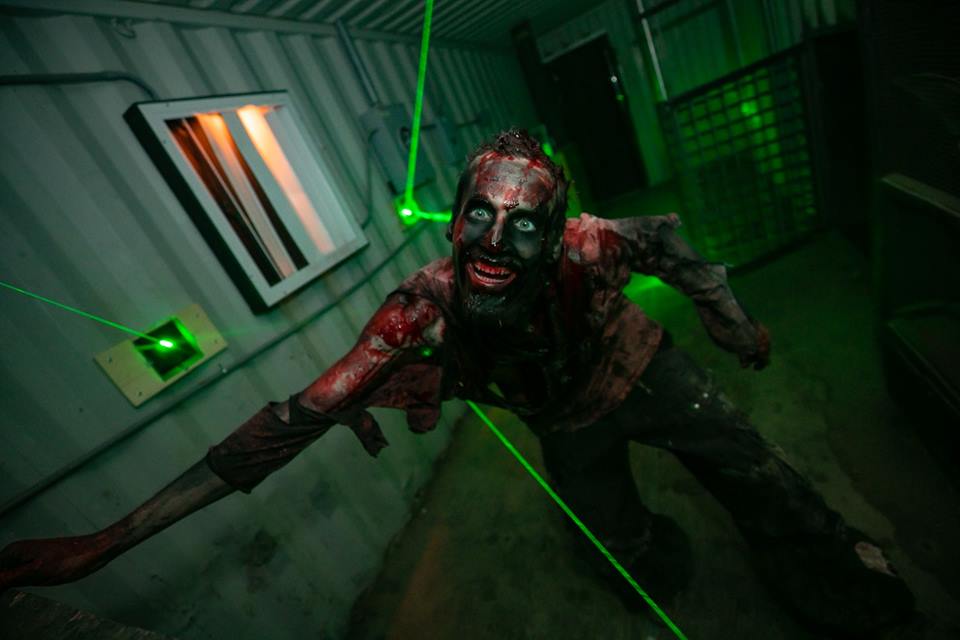 Largest. Scream. Park. In Colorado. This 40-acre park features four different haunted attractions that will have you running. Like, actually running. Their interactive zombie paintball massacre makes you fight for your life with your team. Dead Man’s Maze and Condemned both give you goosebumps as you (and your exit buddy) get stalked by the undead and the violently psychotic. CarnEvil not only includes carnival games and treats, but it also delivers the terror as clowns chase you in the corn. This behemoth opens on September 27. Tickets are available on their site. 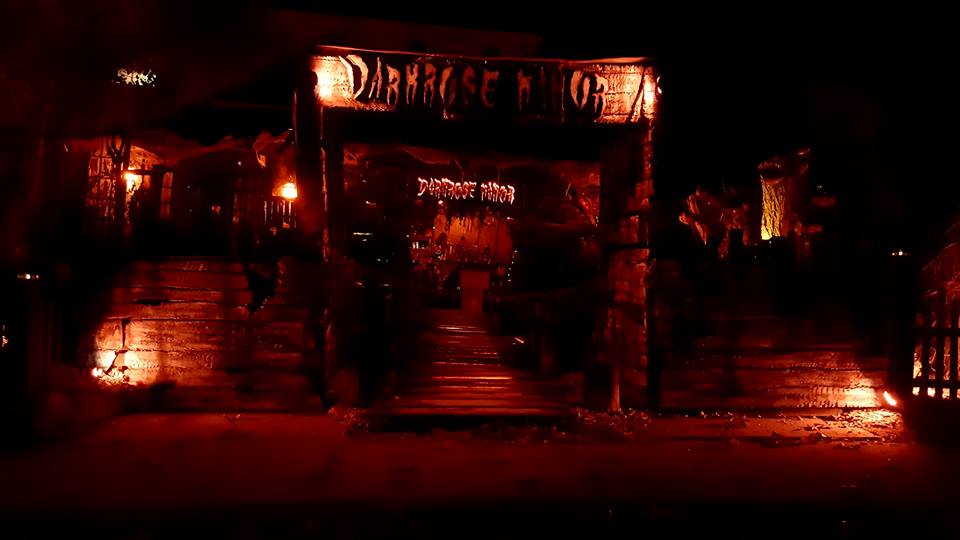 Last but definitely not least, we have the only Home Haunt on our list. What’s a Home Haunt? Home Haunts are haunted houses built by the homeowners themselves! Pandora and August Rose turn their home into an immersive, haunted art experience you will never forget. With all of the amazing reviews left on their Facebook page, Darkrose Manor is one the most well-loved home haunts in Colorado. Admission is free, but donations are greatly appreciated. Dates and address are available on their Facebook page.

13 haunts. Visit them if you dare! Personally, I’m a big fan of 13th Floor, but so many of these look so much fun! Which haunted house are you planning to visit this spooky season? Let us know in the comments below, boys and gouls.