Looking for some cuteness during your social distancing? Check out these zoos and aquariums that are streaming live videos of animals for free.

Have you finally gotten through all the dog and cat videos on YouTube? Well, how about trying something new? Check out one of these zoo’s live camera feeds to watch adorable animals and learn all about a new species. 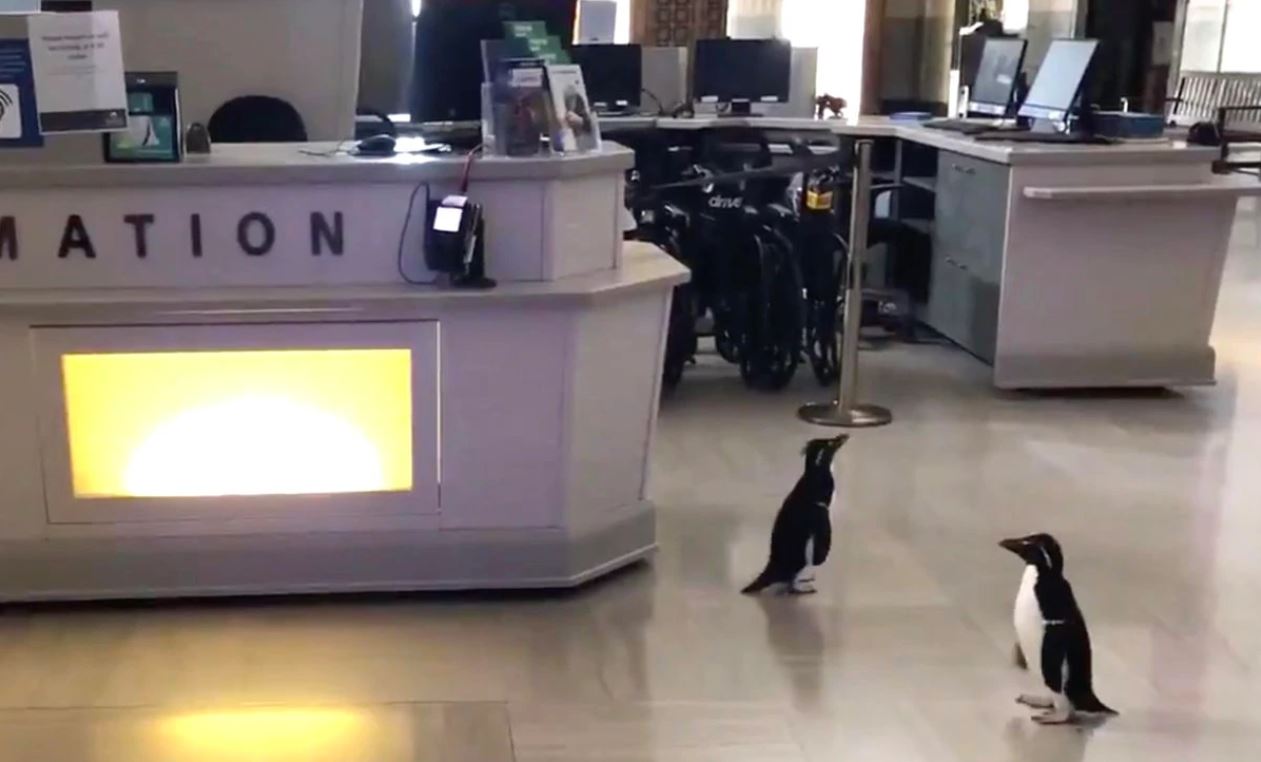 The Shedd Aquarium penguins have a message for humans about how to deal with coronavirus—don’t leave your enclosures! However, these penguins aren’t following their own advice. With the humans out of the aquariums, the penguins have come out to play. They’re roaming the aquarium halls and you can join in on the fun through a live stream.

The penguins aren’t the only ones hosting a Night at the Museum party. Tyson the 5-year-old porcupine also joined in on the fun and animal care staff brought him to the Polar Play Zone to visit with the penguins. If you want to watch, follow Shedd Aquarium on Facebook and you’ll get notified when they stream live. You can also check out some of their previous adventures on the page so you won’t have any FOMO. 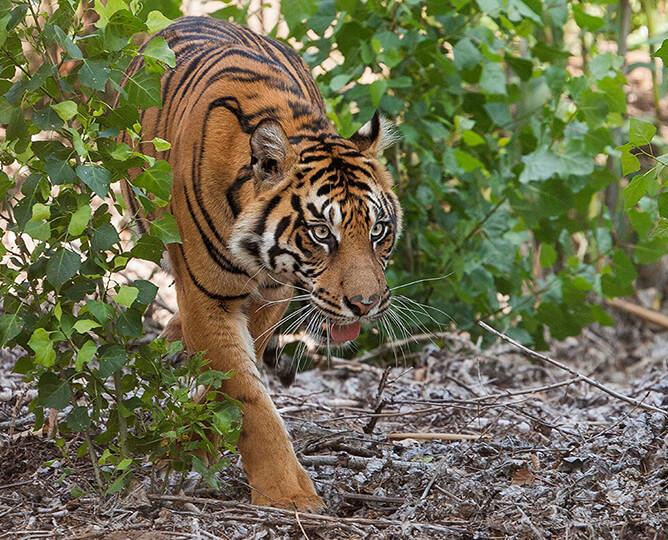 With over 4,000 animals, the San Diego Zoo is one of the largest in the world. It’s currently closed until April 1, but you can still take a peek at the animals through the zoo’s 10 different live feeds. The zoo streams videos of penguins, baboons, polar bears, apes, koalas, giraffes, owls, elephants, tigers, and condors all day, every day. There are even archived videos of the zoo's pandas from January through April 2019.

To virtually visit the San Diego Zoo, head to their website and pick which camera you want to view! 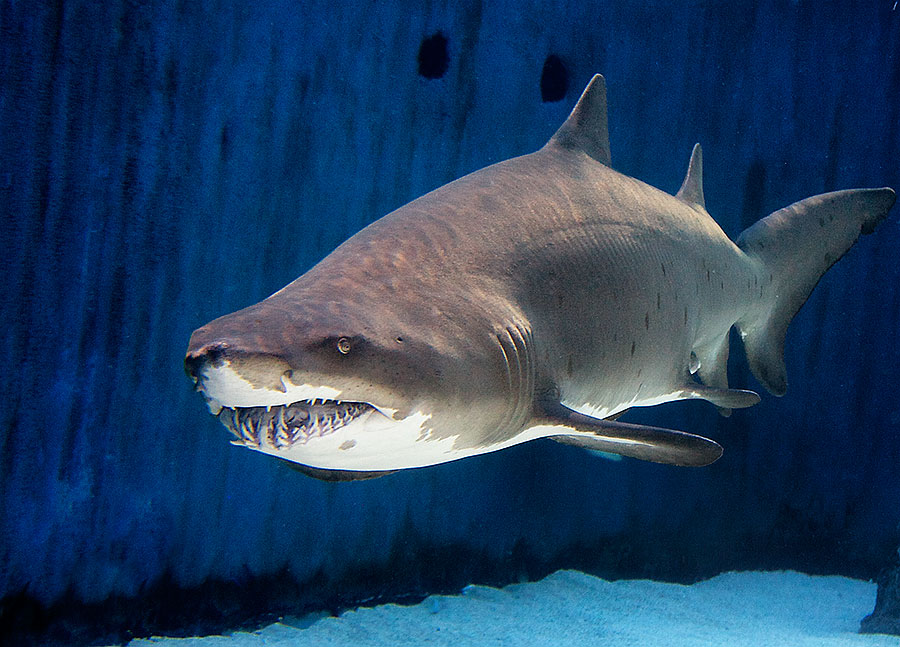 Courtesy of Aquarium of the Pacific

Sebastian from The Little Mermaid sang, “Under the sea, darling it’s better down where it’s wetter, take it from me”. However, you don’t have to take it from him—you can see it for yourself with the Aquarium of the Pacific’s underwater cameras. You can watch sharks lurking in the Shark Lagoon, float with the jellyfish of California and Oregon, and explore the famous Blue Corner off the coast of Palau. All you have to do is visit their website and click on the adventure you’d like to take. 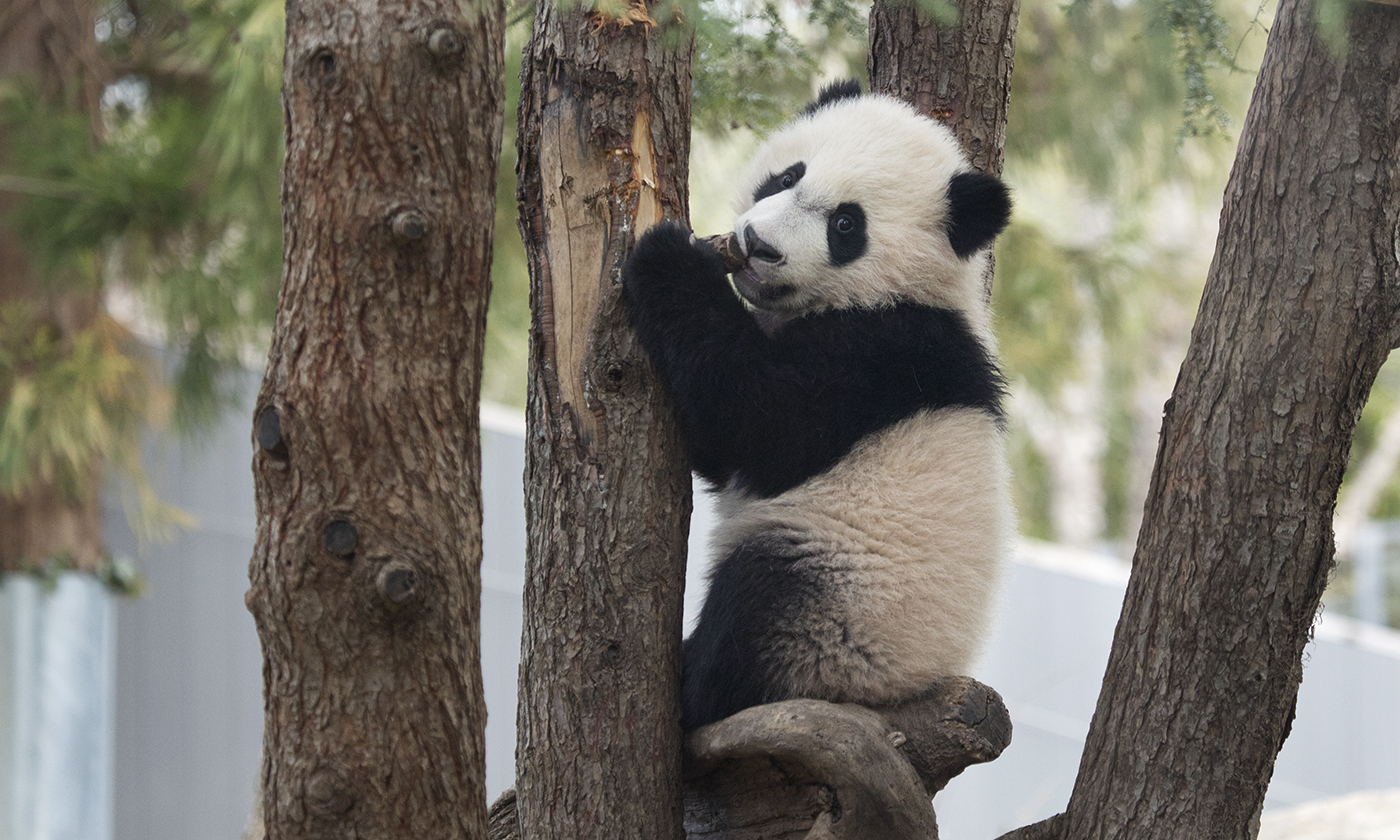 Are you a fan of pandas? Well, then the Smithsonian National Zoo’s camera is the one for you. With their cameras, you can watch giant pandas Tian Tian and Mei Xiang play, eat, and sleep. You’ll be transported into the life of a panda 24 hours a day, 7 days a week and truly learn how they live.

The zoo has two different cameras, so visit their website and pick which one you want to watch. 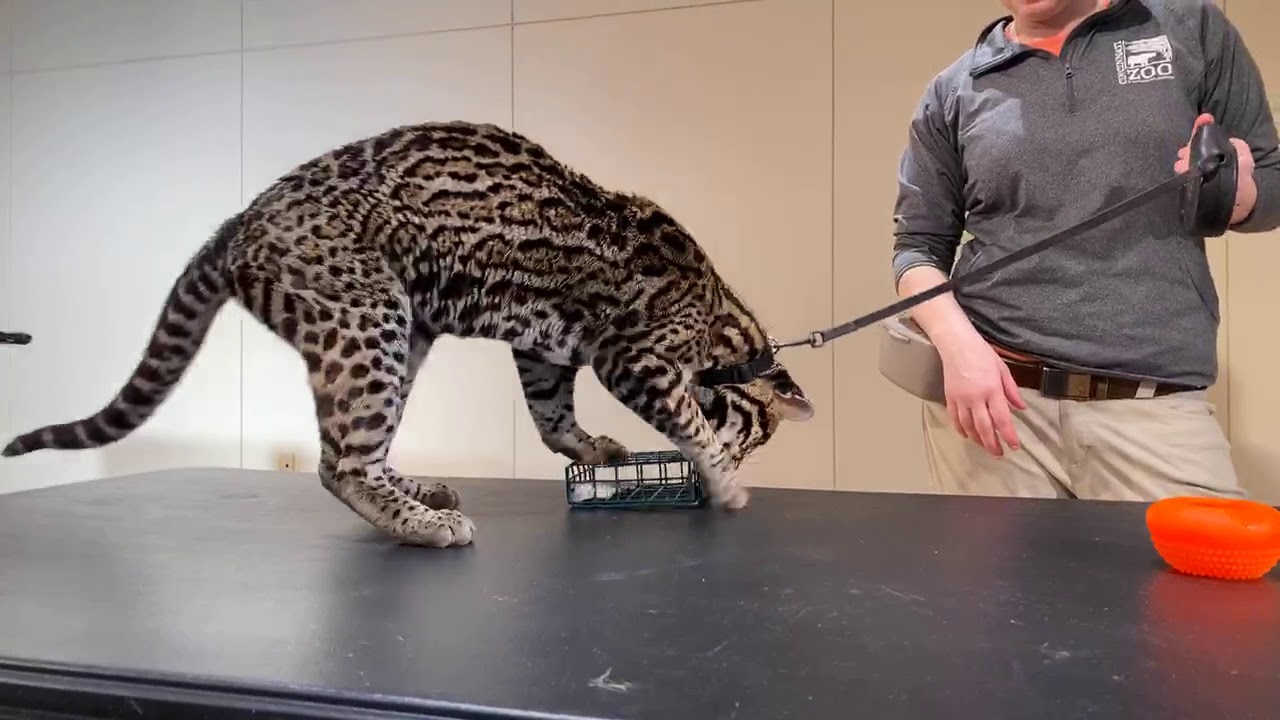 Are you looking for some educational activities to do with your family? Then, check out Cincinnati Zoo and Botanical Gardens’ Facebook Live videos. The zoo is hosting a video series called Home Safari where each episode features some of their adorable animals. They also include an activity that you can do at home like an online quiz about the animal and allow your family to keep up to date on their animal knowledge.

You can catch a new episode every day at 3 p.m. ET on the zoo’s Facebook page. 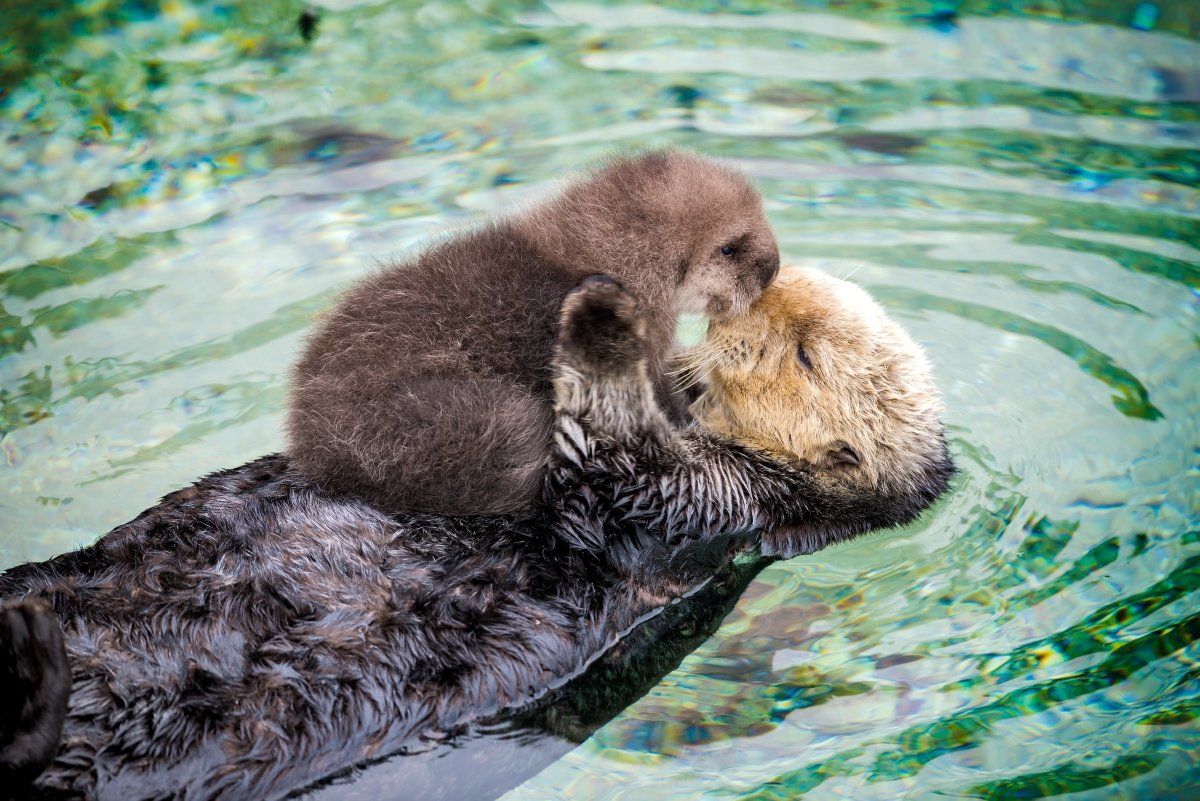 Sea otters are one of the cutest animals in the world and now you can float on your back right in the water with them. Monterey Bay Aquarium has a camera that portrays the relaxing life of a sea otter. You’ll see them playing in the water, swimming on their backs, and can even watch live feedings a few times a day. Monterrey Bay also has some other live cameras such as sharks, jellyfish, and the kelp forest so there’s always something for everyone.

Vancouver Aquarium Helps You Jump With the Jellyfish 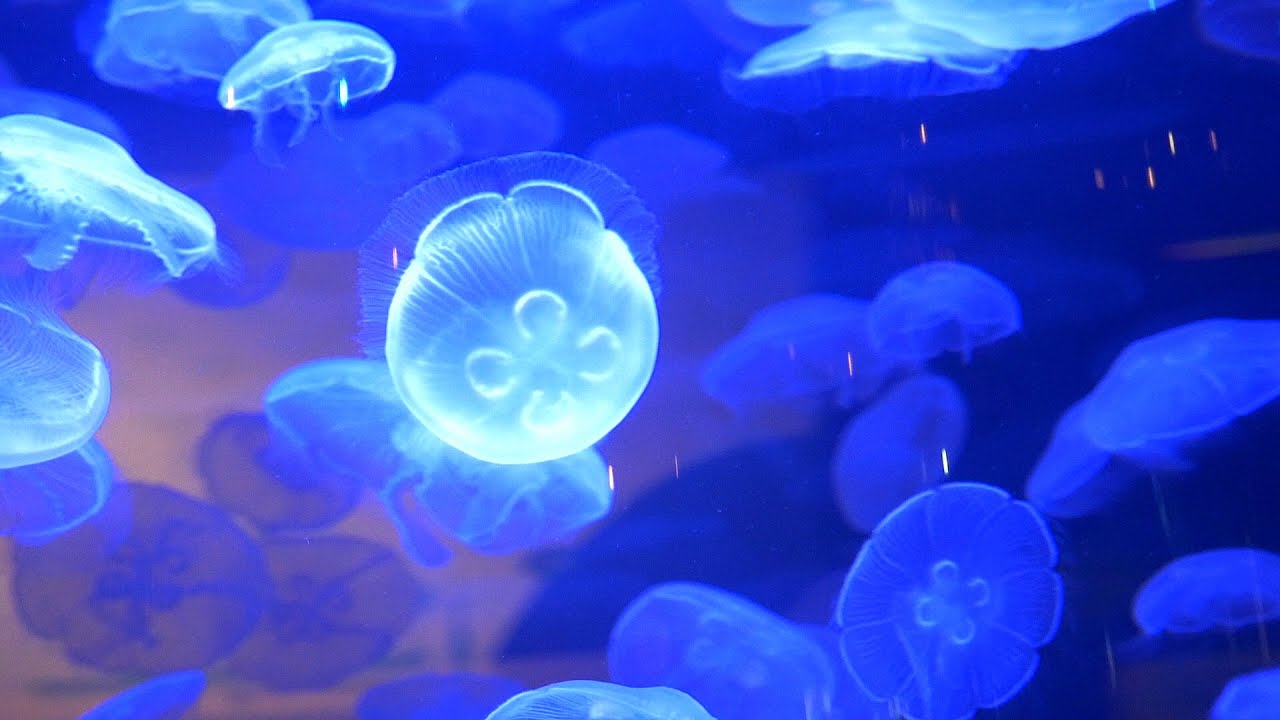 Have you always wanted to jump around with the jellyfish, like Marlin and Dory in Finding Nemo? Well, now you can with Vancouver Aquarium’s jelly cam. The camera features the Pacific Sea Nettles and shows just how calm life can be under the sea. As you watch the jellyfish floating in the blue water, it’ll definitely help you relax from the buzz of life.

Learn all about the jellies on the Vancouver Aquarium site and click a video to start watching.

Even in self-isolation, you can still catch up with some of the planet’s most interesting animals. Let us know which one is your favorite!