Travel back in time to the 1950s: See the abandoned pieces of a vintage amusement park come to life on a kid-friendly farm!

Beginning in 1955, "The Enchanted Forest" was an amusement park in Ellicott City, Maryland. It closed in 1990 after its owners sold it to a shopping center developer who also couldn't keep it afloat even as they built a shopping center around it. There, it waited in ruin until a Howard County farm began to rejuvenate its pieces in 2004.

For the last 16 years, Clark's Elioak Farm in Ellicott City has been—bit by bit—relocating the defunct amusement park's beloved landmarks to the farm's property, roughly four miles away. 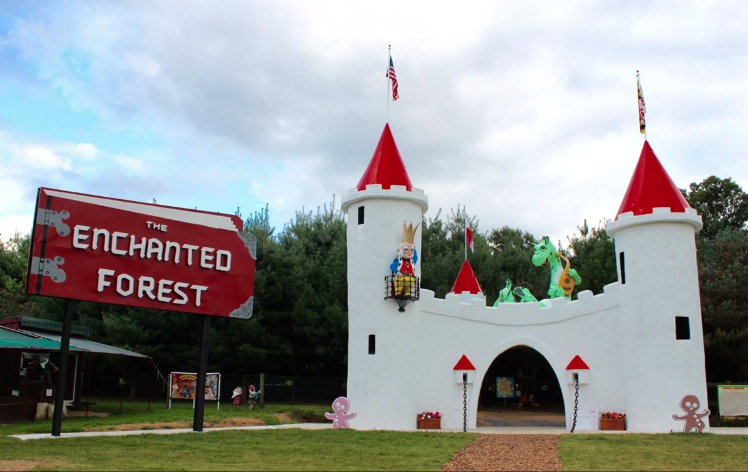 The farm initially acquired the amusement park's Cinderella pumpkin coach in 2004, and from there, it added larger-than life depictions of Cinderella's mice, gingerbread men, Willie the whale, and other characters and attractions from famous fables.

When Martha Clark, who wrote The Enchanted Forest: Memories of Maryland's Storybook Park and owns Clark's Elioak Farm, began restoring the abandoned amusement park's attractions in 2004, she told Smithsonian Magazine it was difficult. 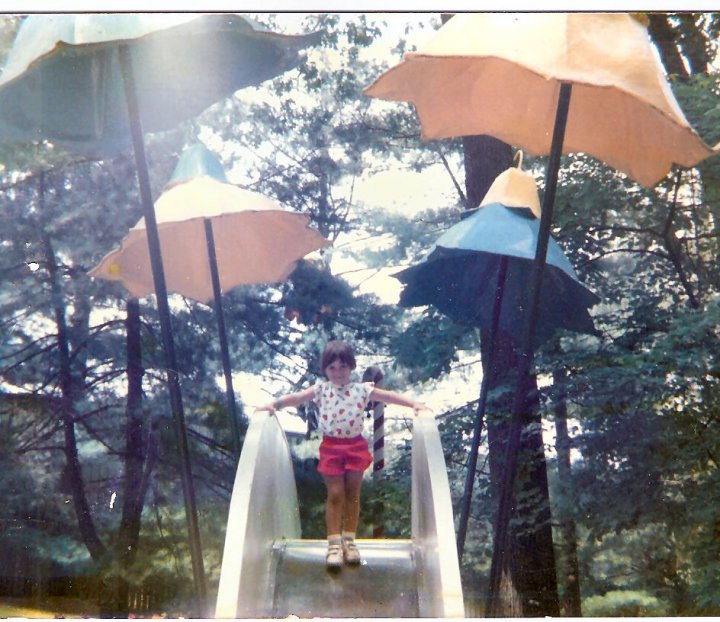 The sliding board in 1987, courtesy of Wikimedia

The attractions "wouldn’t have lasted much longer … If I had started this now, instead of [in 2004], we wouldn’t have been able to save half of the structures," Clark told Smithsonian Magazine.

But the modern attraction is certainly different than the 1950s rendition of the Enchanted Forest. In addition to the park's pine tree maze, slide, and characters, there is a hayride, pony ride, and petting zoo.

The pine tree forest maze is "still filled with many Enchanted Forest attractions and [is] a wonderfully cool place to visit during the hot summer days," Clark Elioak Farm wrote on its website. 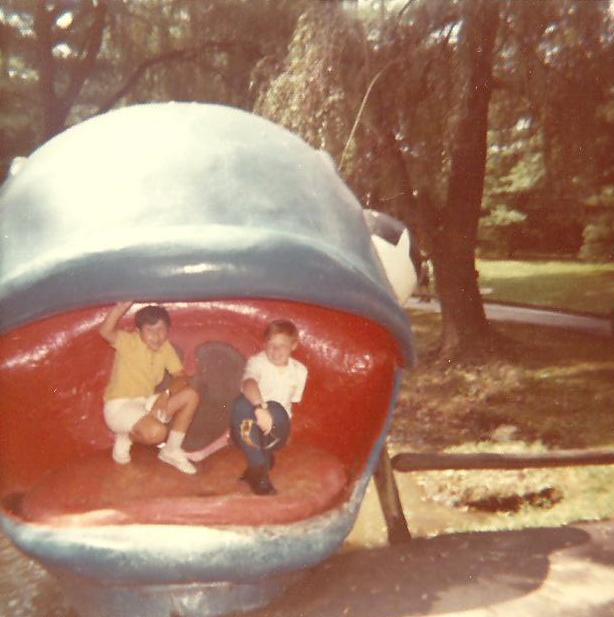 Willie the Whale in 1972, courtesy of Wikimedia

What was once the East Coast's version of Disneyland, the Enchanted Forest was a hub of activity in its heyday. It hosted boat rides, animated characters, antique cars, and a petting zoo, and was one of the first amusement parks on the East Coast. The park was also ahead of its time, refusing to discriminate by race when it opened, as others did in the time period. Segregated rural Howard County schools even took field trips to the amusement park.

The original park opened without mechanical rides, but added a rafting ride, teacup, and a Jeep safari later on, and remained a popular tourist attraction until larger theme parks like Hershey Park in Pennsylvania expanded and Kings Dominion in Virginia opened in 1975, stealing some of its thunder. 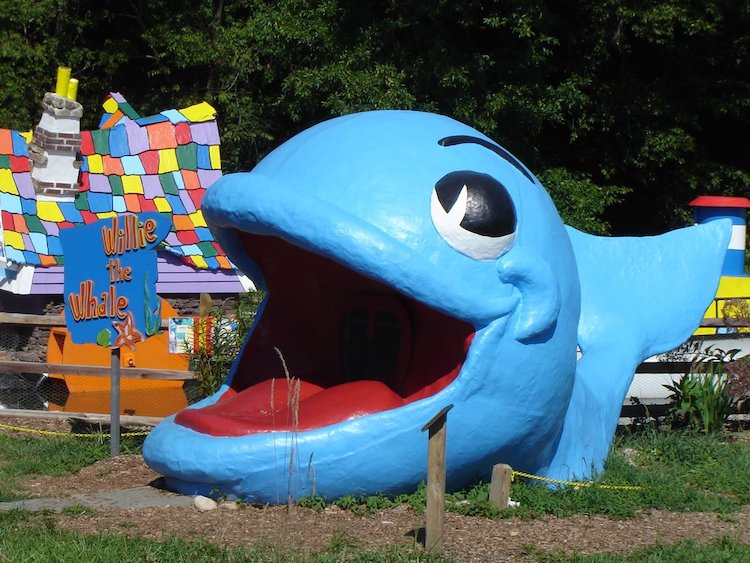 Luckily, and thanks to more than 20 community organizations (including Howard County departments and local businesses), the Enchanted Forest has been given new life at Clark's Elioak Farm.

To visit the Enchanted Forest and experience just a taste of what it could have been like in the 1950s, visit Clark's Elioak Farm at 10500 Clarksville Pike, Ellicott City, Md., 21042. Check out their website for more information.

Does the Enchanted Forest sound like the day trip for you? Do you have lovely childhood memories there? Let us know in the comments below!