As anyone who lives in Colorado knows, there are lots of stories surrounding Denver International Airport—including its secret past, the legion of lizard people living in the walls, the room where people contact aliens, and the underground bunker for the richest of the rich. Several stories about the airport involve it being haunted, and for good reason.

Have you heard the story about "Blucifer," the giant 9,000-pound blue horse sculpture that greets airport visitors, and how the artist who created him died after part of the leg fell on him and severed an artery? Oh yeah, and we can’t leave out the Masonic symbol etched on the dedication plaque from 1994, that many believe indicates a long-standing connection to the Free Masons.

DIA has embraced the rumors and conspiracy theories over the years, quite recently with the construction on the Great Hall. And more recently, DIA is taking the whole "haunted airport" reputation in stride, making it the focus of a new exhibit, "Haunted Colorado."

The exhibit delves into some of the most haunted and supernatural locations around Colorado and will be on display until October 19. Located on Ansbacher Jeppesen Terminal, Level 6 North, the exhibit is part of the DEN Arts Program, which works to enhance public spaces of the airport with art.

From the DIA press release:

"From cemeteries to hotels to abandoned mines, the exhibit features historical and current artifacts, intriguing objects, photographs and information to both edify, scare and excite. The root of the exhibit helps define and applaud the history of Colorado’s extraordinary people and organizations who continue to support the myths, the legends and the realities of their ghostly acquaintances."

Some of the places and stories featured include the Reinke Brothers store, the Ghost of the Columbine Lady, the Spanish Influenza Quarantine "Dr. Colorado" Noel, Silver Plume, Cheeseman Park, the Molly Brown House, The Stanley Hotel, and the Museum of Colorado Prisons, among many more. 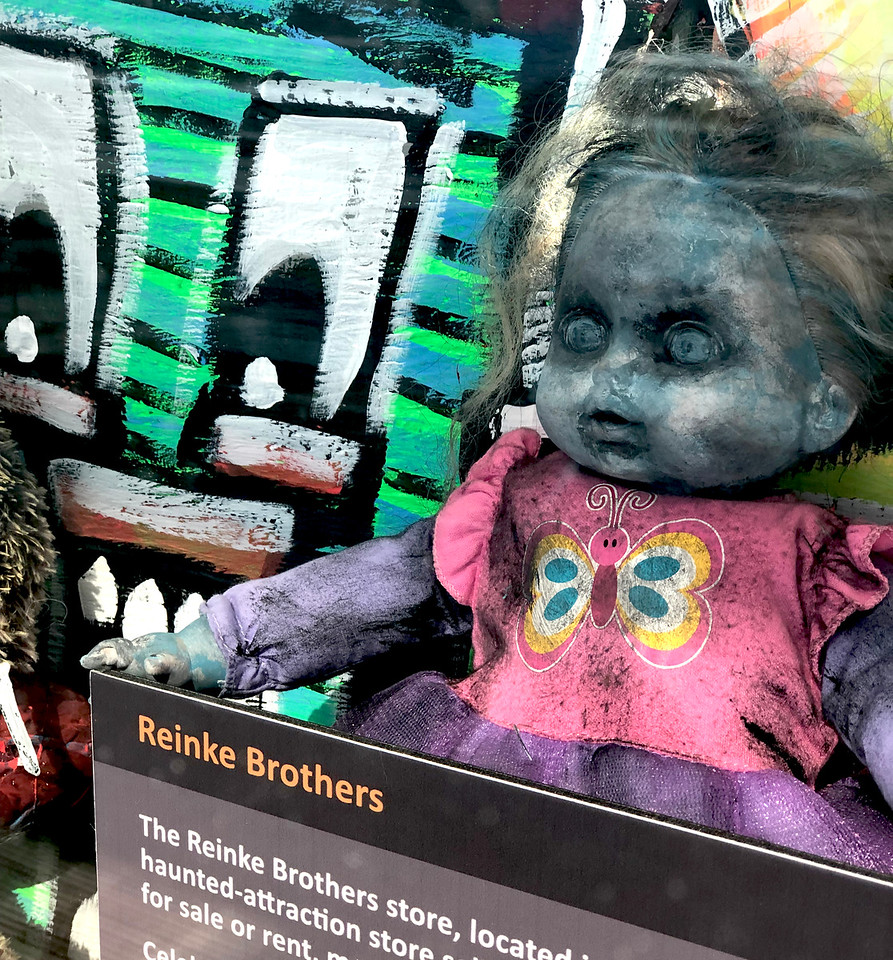 Courtesy of the Denver International Airport

This looks like one ghostly way to slay some time at the airport and get to know some of Colorado’s most well-known (and some lesser-known) spooky stories and places. This one is on our must-see list of spooky haunts and attractions to check out around Denver this fall.

Will you be visiting the "Haunted Colorado" exhibit at DIA on your next trip out? What is your favorite haunted place in Colorado that you want to hear more about? Sound off in the comments.