The pop-up drive-in opens in early August at stores around the U.S.

Movies are a quintessential part of summer. But with most of the theaters closed until the pandemic lets up, drive-in movie theaters have been exploding in popularity. Now Walmart is getting in on the game by turning its parking lots into drive-in movie theaters. The retail giant is partnering with Tribeca Enterprises, the producer of the Tribeca Film Festival, to transform 160 parking lots into contact-free venues to enjoy the summer movie tradition. The movies will run from early August into October.

Details of locations, times, and movies will be released at the end of July at walmartdrive-in.com. Moviegoers will be able to order curbside pickup of all their favorite movie snacks ahead of each viewing. There will also be special appearances during intermission by celebrities and filmmakers.

“The Tribeca Drive-In is much more than a fun, retro way to see movies — it’s one of the safest ways for communities to gather,” says Jane Rosenthal, CEO and Co-Founder of Tribeca Enterprises and Tribeca Film Festival. “We are thrilled to partner with Walmart to bring more people together around the shared cinematic experiences that Tribeca is known for.” 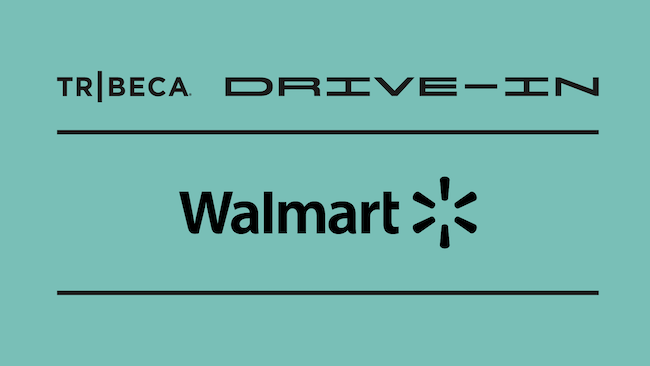 Tribeca Enterprises is also hosting drive-in experiences outside Walmart in several venues in the U.S., including the Rose Bowl in Pasadena, California. The lineup of films includes summer classics like Jaws, Field of Dreams, E.T. the Extra-Terrestrial, and documentaries including John Lewis: Good Trouble, the story of the congressman’s 60 years of activism.

If you want to find a traditional movie theater near you, visit driveintheater.com. The site gives the location of open and closed drive-in theaters around the country. You can also find history about drive-ins and view old print movie ads.

What do you think? Will you attend one of the Walmart drive-in theaters? Tell us in the comments!